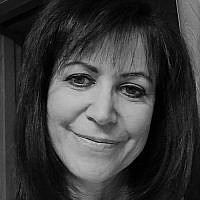 The Blogs
Belle Jarniewski
Apply for a Blog
Please note that the posts on The Blogs are contributed by third parties. The opinions, facts and any media content in them are presented solely by the authors, and neither The Times of Israel nor its partners assume any responsibility for them. Please contact us in case of abuse. In case of abuse,
Report this post. 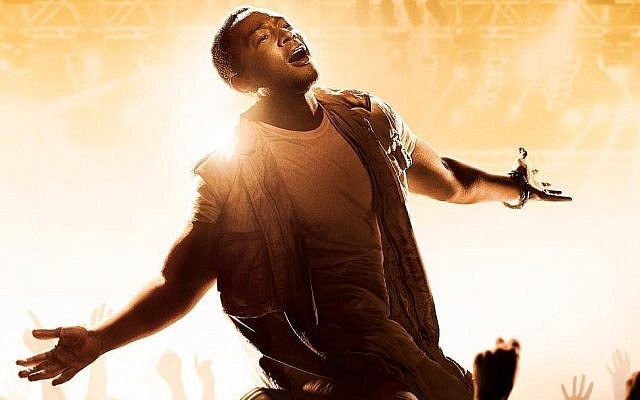 A musical is just a musical and a biopic is just a biopic. Or are they? Popular culture, in an era when many do not study the Bible in the context of its time (or at all), continues to have an impact on the TV, theatre and movie-going public. Most people are well aware of the criticism of Mel Gibson’s film “The Passion of the Christ” as being virulently antisemitic. For instance, on February 25, 2004, in the Baltimore Sun, eminent Catholic theologian, Fr. John T. Pawlikowski wrote, “Mr. Gibson has continued to blame the Jewish leadership in defiance of this scholarly and ecclesial consensus….” Nearly 50 years ago, Jews, Protestants and Catholics raised alarm bells regarding the musical “Jesus Christ Superstar,” citing its depiction of Caiaphas’s role in Jesus’s death and the many historical inaccuracies. They feared the musical would mark a step backward for the real progress that had been made in Christian-Jewish dialogue.

And so it was with tremendous disappointment that I viewed the April 1 concert presentation of the nearly 50-year-old Broadway musical Jesus Christ Superstar on NBC television. Like the original film version, the Temple High Priests are dressed in a manner clearly meant to convey evil, this time in hooded long black costumes. These costumes have nothing in common with the actual garb of the Temple High Priests, whose clothing consisted of various garments of white, blue and colorfully embroidered pieces. Pontius Pilate, on the other hand, wears costume of red and gold. In the musical presented Sunday night, once again, the Jews must convince Pilate to crucify Jesus and the crowd of Jews call for his death.

More than 50 years after Vatican II and with the ample contributions to scholarship of many respected Jewish and Christian theologians, one has to wonder why such a narrative would continue to be presented. After 50 years of fruitful interfaith Christian-Jewish dialogue, and the criticism that emerged after the first production nearly a half a century ago, one wonders why the production could not have have been updated.

The idea that any of the members of the various Jewish sects of the time  (as there were no monolithic  “Jews” per se in first century Judea) would have had such influence over their Roman occupiers simply makes no sense. Pilate, in particular, was a harsh and cruel ruler. He was eventually deposed and sent back to Rome because of the very degree of cruelty with which he suppressed a Samaritan uprising (another Jewish faction). Were the Jewish leaders of the time comfortable with Jesus’ emerging recognition as a messianic figure? Likely not, as this translated to sedition to Roman ears. But Jesus was also only one among at least 10 Jewish leaders who, according to historian Louis Feldman, were regarded as potential messiahs during this time period. Other historians believe the number to be even higher. However, they suggest that many tried to suppress the messianic ideals of these revolutionaries in order not to incur the wrath of the Romans who regarded a belief in a messianic ruler to be treasonous.

The Bible — and all sacred texts for that matter — must be read carefully with attention to context. “Give me a break, Belle! How about you just sit back and enjoy the musical for what it is….great songs sang by amazing voices.” Would we say this about “The Birth of A Nation”? Of course not. Are we now discussing how we portrayed indigenous people in Westerns and in animated films? Would we make films like that today? Of course not. And in Canada, this is an even more important discussion than in the US as we attempt to respond to the Calls to Action of the Truth and Reconciliation Commission.

As for the Bible? Well, many consumers of popular culture may never even crack open a Bible. Unless there is a willingness to update this musical that engages in the kind of accusations that once led to pogroms — perhaps we should decide it is as about as appropriate for today as a revival of Disney’s “Pocahontas” would be in an era of Reconciliation.

About the Author
Belle Jarniewski is the director of the Freeman Family Foundation Holocaust Education Centre of the Jewish Heritage Centre of Western Canada and the current President of the Manitoba Multifaith Council. Since 2013, she has served on Canada’s delegation to the IHRA—the International Holocaust Remembrance Alliance. Her book, Voices of Winnipeg Holocaust Survivors (2010), documents the stories of 73 local survivors. Belle’s passion for tikkun olam has led her to pursue a graduate degree in Dialogue Theology at the University of Winnipeg. Her thesis explored survivor narratives through the thought of the theologian Irving “Yitz” Greenberg. She is also one of the founders of Operation Ezra, an initiative to sponsor Yazidi refugees to Canada and to focus world awareness on this genocide occurring “in broad daylight.”
Related Topics
Related Posts
Comments