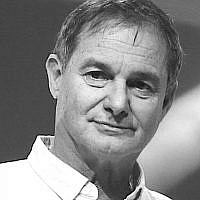 The Blogs
Amos Hermon
Apply for a Blog
Advertisement
Please note that the posts on The Blogs are contributed by third parties. The opinions, facts and any media content in them are presented solely by the authors, and neither The Times of Israel nor its partners assume any responsibility for them. Please contact us in case of abuse. In case of abuse,
Report this post. 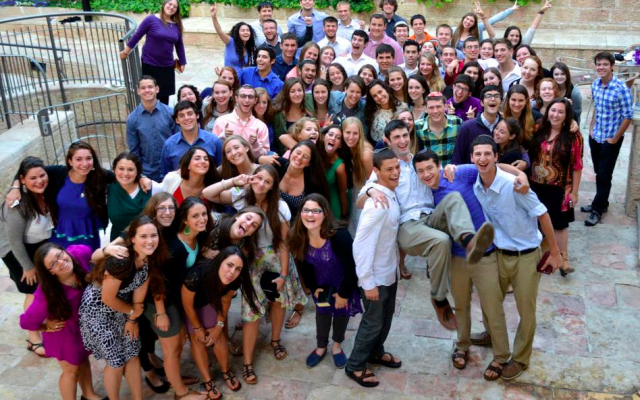 Ties with Diaspora Jewry, especially American Jews, have always been critical for the safety of the State of Israel. The activism of Chaim Weizmann and Britain’s Jewish lobby paved the way for the Balfour Declaration. Thousands of young Jews from throughout the world took part in Israel’s War of Independence. North American Jewry raised money to aid Israel during the period that preceded the Six Day War, as well as the aerial trainloads of American weaponry during the Yom Kippur War. These are just some examples of the impact of Diaspora Jewry on the establishment and strengthening of the State of Israel. The leaders of the Diaspora Jewish communities effectively broadened Israel’s international influence.

True, there’s no comparing today’s State of Israel, among the world’s top 10 military powers, with its situation decades ago. Nevertheless, this won’t endure forever, and today it’s essential to reexamine relations between Diaspora Jewry and Israel, which faces great political challenges. For old times’ sake, it is well to sometimes remember the values of mutual responsibility and gratitude.

Recent years have been marked by a significant and worrisome diminishing of young Jews’ connection with the State of Israel. According to a poll by the Ruderman Foundation early this year, 24 percent of American Jewish youth support the boycott movement against Israel. A 2020 Pew survey reported that an alarming 40% of Jewish youth are alienated from their communities and identify themselves as having no religion and found that American Jews are intermarrying at a worrying rate of more than 60%.

The Anti-Defamation League reports that more than half the Jewish university students in the US suffered antisemitic incidents on their campuses. The rise in antisemitism and the strengthening of the boycott movement against Israel have led many Jewish students to withdraw from their communities, remove Jewish symbols, and distance themselves from Israel. This gravely endangers Israel’s safety, for throughout all the years it was the Jews of the Diaspora who served as Israel’s ambassadors in the fight against hostile public opinion.

Even today, we can’t be certain how many members of Congress will continue to support Israel in the future, or what be the position of opinion leaders in the US will be regarding various issues concerning Israel. Until recent years, the State of Israel enjoyed the support of many influential Jews who advocated on its behalf and presented its worldview. There is a looming danger that the next generation of Jews – the ones who will influence future US policy – will be alienated from Israel and this will have dire consequences for Israel’s ability to present Israel’s interests in American political spheres.

An entire generation of Jews will not recognize Israel or want or know how to defend it; it will be indifferent and unequipped to respond to anti-Israel or antisemitic trends on campus, in the news establishment, and on social media. In other words, the responsibility and support shown by American Jewry for Israel will be severely diminished. What we’re seeing on campuses today is liable to become the situation in the most influential arenas in the US ten years from today.

The State of Israel, therefore, faces a historic challenge, and the way to deal with it is clear: by sharply increasing visits to Israel by Diaspora youth. Each year, some 80,000 Jewish youngsters from throughout the world attend various educational programs in Israel and are exposed to a wide variety of touching points for engaging and connecting with the country.

Data from the Knesset Research and Information Center show that many graduates of long-term programs in Israel participate in Israel-related political activity on campus, consider it important to remain Jewish, marry a Jewish partner, and give their children a Jewish education.

The Israel Experience, the educational subsidiary of the Jewish Agency that I have led for the past 13 years, is the leading company in incoming tourism, both in terms of participants and the number of hotel nights spent in the country in recent years. The company is the largest organizer of the Birthright and Masa programs. Additionally, most Diaspora Jewish youth under age 18 who come for significant visits do so under its auspices. Since the year 2000, we have brought some half a million participants to programs in Israel. But despite this, less than 25% of Jewish youth from every community have visited Israel. This is not enough.

The government of Israel, the national institutions, the Jewish communities and organizations should initiate a revolutionary, strategic program to strengthen the connection between Israel and the Diaspora. It should set a goal of bringing 2 million Jewish youth for significant visits to Israel over the next eight years, before they leave their families for college.

In addition, the government should advance the establishment of a comprehensive conceptual and activist body that will include all sectors in Israel and abroad that deal with the issue in order to realize this vision by granting it a significant budget.

The question of Israel’s relations with the Diaspora has not topped the priority list of Israeli society or governments for generations. This must change now – before it is too late.

About the Author
Amos Hermon has been the director-general of the Israel Experience, the educational subsidiary of the Jewish Agency, for the past 13 years. Over the past 20 years, he led the agency’s education department and served as chairman of the boards of the Yad Ben-Zvi Institute and the Begin Heritage Center.
Related Topics
Related Posts
Amos Hermon 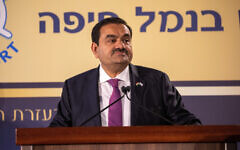