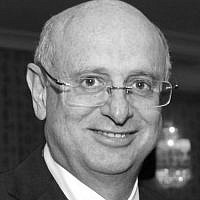 The Blogs
Julio Messer
Apply for a Blog
Please note that the posts on The Blogs are contributed by third parties. The opinions, facts and any media content in them are presented solely by the authors, and neither The Times of Israel nor its partners assume any responsibility for them. Please contact us in case of abuse. In case of abuse,
Report this post. 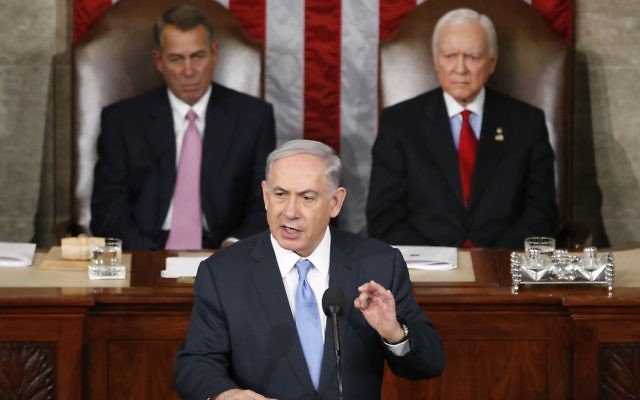 If Benjamin Netanyahu were ever barred from entering the State Department for criticizing a US administration, who would you say would give such an order, a Democrat or a Republican Secretary of State?

Ask this question to American Jews, and the overwhelming majority would say “a Democrat, of course.” Even many US senators and representatives would. After all, everybody knows that Netanyahu quarreled publicly with two Democrat presidents (Bill Clinton and Barack Obama) and got along extremely well with a Republican president (Donald Trump).

There are two reasons why this answer is wrong.

The first one is that Israeli prime ministers don’t quarrel with American presidents because they are from this or that political party, but rather because of a major disagreement on the impact of certain policies on their respective countries.

Prime Minister David Ben-Gurion’s initial refusal to comply with Republican President Dwight Eisenhower’s demand that Israel fully withdraws from territories captured in the 1956 war culminated with the president broadcasting a long and angry speech expressing his “keen disappointment” and indicating that “the United Nations [with US backing] ha[d] no choice but to exert pressure upon Israel.”

A dispute between Prime Minister Yitzhak Rabin and Republican President Gerald Ford over Egyptian concessions demanded by Israel in return for withdrawing from territories captured in the 1973 war resulted in a six-month “reassessment” of US relations with Israel, perhaps the lowest point ever in those relations. Republican Secretary of State Henry Kissinger recommended that “every department should put Israeli activities at the bottom of the list.” Economic assistance and arms supplies (including F-15 fighters) were suspended for months.

Democrat President Jimmy Carter’s insistence that Israel should withdraw from all the territories captured in the 1967 war and that a Palestinian homeland (that would devolve eventually into a Palestinian state) be established resulted in very cold relations with two Israeli prime ministers of opposing parties, Yitzhak Rabin and Menachem Begin.  Carter even acknowledged making “disparaging remarks” about Begin.

Surprised and angered by Israel’s destruction of a nuclear reactor in Iraq during Begin’s prime-ministership, Republican President Ronald Reagan suspended the delivery of six F-16 aircraft to Israel and directed that the US support a UN Security Council resolution condemning the raid.

When Prime Minister Yitzhak Shamir sought loan guarantees of $10 billion from the US to help cover the costs of absorbing Russian and Ethiopian immigrants, Republican President George H. W. Bush demanded a total freeze in Israeli settlement construction. Shamir refused, the loan guarantees were denied, and relations were tense for the remainder of the time they were both in office.

It is undeniable that relations were also tense and difficult between Netanyahu and Democrat Presidents Bill Clinton and Barack Obama, as a result of significant differences regarding the disposition of territories captured in the 1967 war, concessions to the Palestinians and especially the Iran nuclear deal. Relations between Netanyahu and Republican President Donald Trump were warm and close, not necessarily for personal or partisan reasons, but rather because of Trump’s moving the US embassy to Jerusalem, recognizing Israeli sovereignty over the Golan Heights, withdrawing from the Iran deal and imposing crippling sanctions on Iran.

The second reason why the answer to the opening question is wrong is that the scenario is not hypothetical, it has already taken place. In 1990, in his capacity as deputy foreign minister, Netanyahu stated publicly that the “American policy in the Middle East is based on lies and distortions,” and Republican Secretary of State James Baker later admitted “barr[ing] him from the State Department.”

Netanyahu has always defended Israel’s security and interests, fearlessly and passionately – both as a soldier and as a politician. Yair Lapid’s accusations that Netanyahu neglected relations with the Democrats, that “what interests him is only personal interest… only public relations… only ties with billionaire Republicans” are belied by the historical record. If the likely alternate prime minister and foreign minister really believes that relations between country leaders are dictated primarily by personal niceties and not by fundamental policy differences, he is up for a rude awakening.

About the Author
Julio Messer is a former president of American Friends of Likud.
Related Topics
Related Posts
Comments
Advertisement 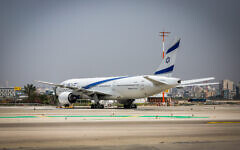