The Blogs
Jonathan Zausmer
Apply for a Blog
Please note that the posts on The Blogs are contributed by third parties. The opinions, facts and any media content in them are presented solely by the authors, and neither The Times of Israel nor its partners assume any responsibility for them. Please contact us in case of abuse. In case of abuse,
Report this post. 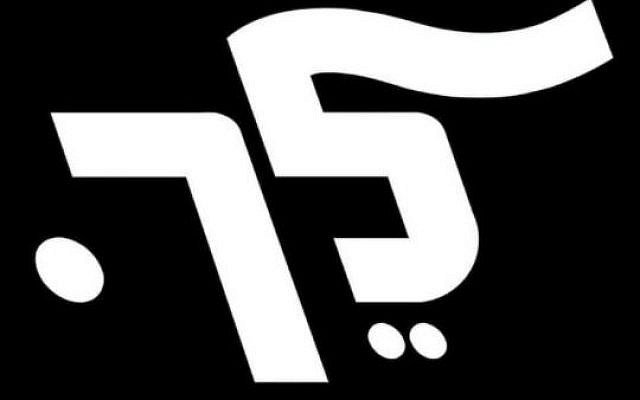 My previous missive was one of concern, doubt, and pessimism, sprinkled with a touch of hope: that one major change can occur consequent to a national outcry. When we look back carefully, we can learn from instances that have created meaningful change. However, changing the direction of one track alone, while extremely important, is not enough for us. Israel, the center of Jewish life in the world, the amazing amalgam of ethnicities, ingenuity and unique vision, that thinks on its feet and knows how to leverage disruption as part of its DNA as the start-up nation, can do better. I try never to prophesy, however my gut together with logic and a fair dose of wishful thinking leads me to the conclusion that Netanyahu’s days are numbered as a national leader. He is on his way to exit the stage and will bow out. Either in ignominy in a jail cell, or by a putsch by his so-called friends and allies in his party who have no principles when it comes to personal ambition, or by events still not clear at this time.

So, the Go! – לך. moment comes to fruition at some point. The problem is that this is not real change. Policy by plutocracy? – check. A stage crowded by spin-artists and crooks? – check. A reckless path destroying democracy at every level? – check. The ultra-orthodox blocs taxing the public at large and stepping back from national, moral responsibilities? – check. Continued settlement on the road to apartheid by way of facts on the ground? – check. It looks like this is our future. It shouldn’t be.

Yet the current events are creating an opportunity – a window of opportunity, that will close and shut if not acknowledged and acted upon, long before Netanyahu finally goes. The disgruntled public is a powerful force that needs to be cultivated and harnessed. From taxi drivers to unionized workers, from small business owners to laborers and average working people; from high-tech to low-tech; from farmers to professors. And by this I do not mean the demonstrations, that are critical at this time – but rather, the unique factors that now bind this mix. One needs to think three steps ahead here, so I will attempt to lay out the premises and alternatives:

Assumption 1:  Liberal progressive people and a very disgruntled public at large would like to see sustainable change, not just the exit of one person. We are looking for a new direction here.

Assumption 2: This cannot and will not come about by street protest. Protest has massive power, yet it is short-lived in time and essence. So, it is a catalyst for short-lived change. That short lived change may be impressive, yet if not sustained by structured smart political change, it easily morphs into yet another monopoly of power.

Assumption 3: New political parties and hastily organized groups in Israel, led by generals or well-known personalities, who create parties for elections without institutions, clear ideology and organizational infrastructure are doomed to failure. We have a long history of proven cases where outstanding personalities with a strong tailwind of support create a political entity that has no resilience or sustainability. We need go no further than Blue and White to illustrate this fact. It goes all the way back to the days of Ben Gurion, later to Yigal Yadin’s Dash party that used it’s leverage to put Begin into power, only to disintegrate as a political entity.Since then there were many more flashes in the pan that we hardly remember.

Assumption 4: Niche political parties are an affordable luxury in politics suitable for steadfast ideologues and the don-Quixotes of society. This means that Meretz, for example will always remain a Mini-Minor trying to maneuver towards an inaccessable peak on a road filled with wild traffic. They are delightful, diligent, committed, enlightening, but almost always sidelined. The Joint List on one side and Yemina on the other have taught us all a lesson in leverage and scaling up from small to large. It may create fissure within, but wields power greater than the sum of its parts when it works. In the case of the Joint List it has worked. In the case of Labor, Gesher and Meretz, it was an awful disaster.

Assumption 5: National traumas cannot be sidelined. This complex reality which has evolved over time combines several traumas that do not go away. One is the disparaging approach to immigrants from Middle Eastern countries as Israel emerged as a new state: the camps known as maabarot, the course and abusive nature of unionism creating division within society of the “ins” and the “outs”, the inherent racism against Jewish people of oriental descent, the humiliation of so many who abandoned every asset to come to Israel – these traumas have moved from generation to generation. And in every generation and from decade to decade, some person of reputable credentials will remind us that racism runs deep: Dudu Topaz of “chachchahim” infamy. Motta Gur of “We will screw you the way we screwed the Arabs” infamy. Ticky Dayan of “Asafsuf” infamy, Yair Garbaz of “kmehot” infamy and more recently the ugly display of superiority against a police officer of Ethiopian descent. This is a zero-tolerance matter in politics. It reminds us of trauma in the national psyche. You touch that nerve, and you’re out. Dead in the water. And you have created damage both through insult and to any organization, institution or cause you are part of. While there may be a way back from that as a private citizen, there is no way back from that in the public domain. It is a stain that remains forever. And it pertains to all directions. Netanyahu’s cry about Arabs coming to polling booths in droves, will never be forgotten by a large part of our population: the chickens came home to roost in the form of the Joint List. So there. Trauma number two is the Yom Kippur war. Labor will never live that down. Trauma number three is the second intifada. Barak and Labor will never live that down. Trauma number four is the unilateral withdrawal from Gaza without a clear vision, a strategic plan or a roadmap. These invoke fears and feelings of revulsion that cannot be mended, even long after the events have taken place.

So how do we create a new political reality consequent to the current national outcry? How can this community for change become a proactive, sustainable agent of change?

There are two options. They are predicated on the assumptions above. Neither of them are perfect – far from it, but they are worth exploring. They both involve an existing framework, and not some new-fangled body thrown together for the sake of elections.

“Politics is like plumbing…you need to put up with the smell…And if you wait for someone else to do it, you pay dearly”

Option 1: A hostile takeover of the Israel Labor party.

Labor carries a lot of baggage. Probably the severe traumas mentioned above, make it near impossible to do something with this diminishing mess in the hands of Amir Peretz, aka, fig leaf for Netanyahu et al. Yet Labor has several extremely important assets: ironically, assets, institutions, structure, organization, branches, and so forth. The only way this near-rotten lemon can become lemonade is by brutal aggressive hostile takeover. It involves four elements: leadership, money, organization and planning. From there one needs to identify the weak underbelly of the current structure and initiate a vast and brutal campaign to register new members in the thousands and take over the institutions within the party.

Option 2: A flank attack on Yesh Atid. There is an opportunity arising now within Yesh Atid, to get this party opened up and democratized, moving it away from sole hands of Yair Lapid  (with great respect to his work so far, and who needs to be praised and commended for his initiative, his tenacity, and his leadership in sustaining this body.) This could take the possible form of joining the rebel group represented by Ofer Shelach who wishes to run for leadership. Yesh Atid’s sustainability so far, its experience in real government albeit as bed partners with Bennet and Netanyahu, its solid base of voters and its clear position regarding the Gantz cave-in, puts it in an extremely interesting position for a second phase lift-off on steroids. It can be hostile or friendly, but it needs about 50,000 new registered focused members to take this to the next step. We have hundreds of thousands protesting. Are there not fifty thousand who are prepared to go on board to create some long-term change?

In addition, it should be noted that the platform of the party is extremely user-friendly. It would need a make-over of course. The messages are not too clear, and the goals don’t really exist. Yet it does not carry the stigma of Labor and the traumas of the past. It is way above a Mini-Minor in stature at this time, and with the right injection of life, has a shot at making it to the peak.

Two last thoughts here. One is that the worst outcome of the protests would be yet another new party. These experiments cost us dearly and end badly. So, Ron Huldai needs to rethink. Tel Aviv is not Israel, with the greatest of respect. It is a small part of Israel. Some say an island. Others, another planet.

The other thought is this. Politics is like plumbing. You need to put up with the smell, figure out the solution and not be afraid to put your hands in the shit. Only that way, can you unblock the drain and get the waters flowing. And if you wait for someone else to do it, you pay dearly.

About the Author
Originally from South Africa, Jonathan made aliya in the seventies, and lived and worked on a kibbutz for several years. He has a graduate degree in business from Boston University and is a managing partner of an Israeli based business. He was a co-founder of the Forum Tzora peace action group and participates in the Geneva Initiative workshops. He is the author of the book “Valley of Heaven and Earth”.
Related Topics
Related Posts
Comments