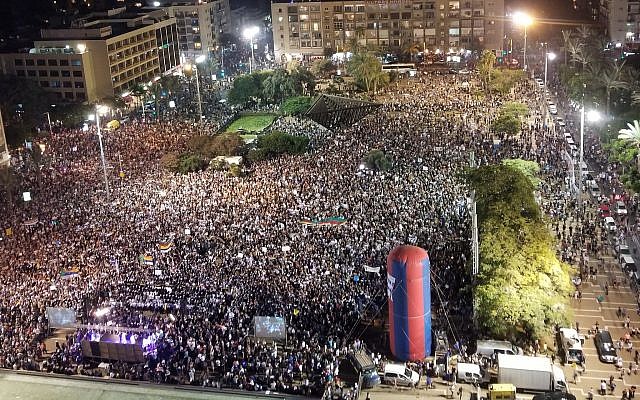 Over-ambitiousness defeats itself – the genie is out of the bottle

Recently, I explained that the Israeli PM lost his political marbles. I want to revisit the story because I have more to say about it but also because – differently from the surrogacy scandal – it refuses to fade from the news.

All kinds of groups of Gentiles were relatively happy to live in Israel. There is no official racism or bigotry. Popular, institutionalized and governmental prejudice is successfully fought in the courts, there are a complete democracy from equality – who would not want to live here?

Comes this new law “to secure the Jewish basis” of the Jewish State (that was secure as it was, thank you very much – if it ain’t broke, don’t fix it) and pandemonium, all hell, breaks loose.

There is an Israeli saying – borrowing words from the Sages – that if you want to grab too much, you might end up with nothing, that being over-ambitious defeats itself. And this is what the Nation-State Law seems to do.

Defenders of the new law say that no rights of any of Israel’s minority are curtailed. However, to placate the Druze, Netanyahu proposes a repair bill, giving away that there is something to repair. 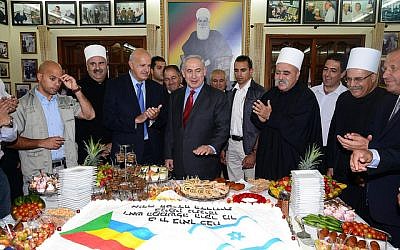 Giving away that there is something to repair.

The Maariv/JPost story that made me write this blog post, however, claims that the new law does no harm, harms no one, is a non-issue, a product of the press making a case out of no case, instead of reporting correctly that the new law is fine. The only issue would be emotional: some people got offended, others felt left out by it. This is – according to this author – something the press should clarify, and that’s the end of it.

That’s what we would say if in a certain country Holocaust denial would be enshrined in the law: that no one will lose any rights from it, that all the opposition is just emotional?

The author reminisces about all the different way that all the years the Druze had no problem with Israel’s Jewish character. Well, I have news for him: the genie is out of the bottle. It passed the point of no return.

It’s like slapping someone in the face. You can cry all you want that you didn’t mean to and you’re sorry but the relationship has changed forever.

And Israeli Jews, please protest this law as Jews, not just in solidarity with Israeli Druze, Circassia, Bedouin, Muslims, Christians and secular Gentiles. As Jews, we believe in strict political equality and don’t want to be linked to the slightest whiff of ethnic or religious hegemony, supremacy, privilege or coercion. And surely, when defending your ideas, use moderate language to characterize your opponents and their positions.