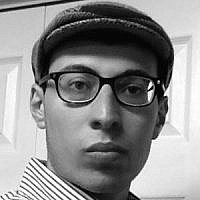 The Blogs
Joshua Ackerman
Apply for a Blog
Advertisement
Please note that the posts on The Blogs are contributed by third parties. The opinions, facts and any media content in them are presented solely by the authors, and neither The Times of Israel nor its partners assume any responsibility for them. Please contact us in case of abuse. In case of abuse,
Report this post.

In the aftermath of the interim nuclear agreement agreed to by the P5+1 and Iran in Lausanne last week, Israeli Prime Minister Benjamin Netanyahu has embarked upon a strategy designed to increase American skepticism of said deal in order to ultimately defeat it. Accordingly, Netanyahu made appearances on a number of Sunday talk shows in the US yesterday, where he argued that this agreement threatens both the US and Israel, and that the P5+1 should hold out for a better deal that dismantles all of Iran’s nuclear infrastructure, while also requiring them to cease their regional aggression and state-sponsored terrorism. In light of yesterday’s media blitz, it appears that Netanyahu’s strategy is designed to both encourage and enhance congressional support to eventually block the deal, in addition to attempting to sway American public opinion about the deal ahead of the 2016 presidential election.

There are a number of problems with this strategy; the first and most obvious being that it jeopardizes further Netanyahu’s increasingly toxic relationship with President Obama. Now that Netanyahu has emerged victorious from the Israeli elections, both leaders will almost certainly remain in power until the conclusion of Obama’s second term, and no matter how much Netanyahu might prefer the Republicans to Obama, it would behoove him to work towards mending his relationship with Obama, as it is vital to the American-Israeli relationship and thus, Israeli security needs. Secondly, the very nature of Netanyahu’s strategy appears to be fruitless because it will be exceedingly difficult for him to block this emerging deal because of the widespread support for it in addition to the significant momentum that is now behind it. Netanyahu has unsuccessfully attempted to include Iran’s problematic regional encroachments into these negotiations, and in his phone call with Obama this past week, the president reiterated that, in spite of the agreement, the US is both extremely troubled with Iran’s actions beyond its borders, and remains steadfastly committed to guaranteeing Israeli security and protecting Israel from would-be belligerents.

The Obama administration has long held the view that to make progress on the nuclear issue, it must be divorced from the many other concerns they have about Iran. Now that an interim agreement has been reached, this position will be put to the test, as the US will likely be pressured by its Middle Eastern allies to intervene in Yemen, Iraq, and Syria, in order to deter Iran’s ambitious push for regional hegemony. Israel has an enormous stake in preventing advancement of Iran’s regional aggression because, as ever, it faces a myriad of threats from all directions, particularly from Iranian clients Hezbollah and Hamas. There is tangible evidence that Iran is assisting Hamas in rebuilding their terror tunnel network, while their financial and military support for Hezbollah has continued unabated. Due to the fact that Israel remains reliant on American support both to fund the Iron Dome as well as countering Iranian regional hegemony, Netanyahu’s strategy is both shortsighted and ill advised. The effort to tie their regional offensive to their nuclear program has not only proven to be unsuccessful and will continue to do so, but additionally, demanding such a marriage unnecessarily risks losing crucial American support on the former. There is no question that Iran’s actions in the region have been dangerous and provocative, however, Netanyahu persists in insisting that the US approach all of Iran’s problematic behavior together, in spite of the fact that the Obama administration has consistently maintained that this is something they are unwilling to do. If Netanyahu wants to ensure ongoing American support for Israeli security via Iron Dome funding and countering Iranian regional belligerency, then belittling the president’s approach and taking him to task for it is precisely the wrong strategy to take.

The most fundamental flaw of Netanyahu’s current approach is his clear and unambiguous preference for the Republican Party when it comes to American foreign policy vis-à-vis the Middle East. While it is not surprising that Netanyahu prefers the hawkish stances of the Republican leadership to Obama’s relatively dovish foreign policy, what is altogether surprising is the fact that Netanyahu, as prime minister of Israel, has made no secret of his disdain for Obama’s leadership regardless of the fact that he is the sitting president of the US for the remainder of his term. There are many examples of this phenomenon, including Netanyahu’s unequivocal support for the Romney presidential campaign, his appointment of former GOP operative Ron Dermer as Israeli ambassador to the US, and his close relationship with Speaker of the House John Boehner that enabled his controversial speech before Congress this year two weeks before Israel’s elections. Thus, it is no surprise that Netanyahu lambasted Obama on the Sunday talk shows this week, as he attempts to influence the Republican majority legislature to oppose the president, and perhaps, set the stage for a Republican president in 2016.

The enormous issue with these tactics and this overall strategy is that Netanyahu is alienating Democratic leaders in addition to Obama, and if Hillary Clinton, or another Democratic candidate, emerges victorious from the 2016 presidential election, then not only has his entire approach been for naught, but Netanyahu would then be forced to cooperate with an administration that he has done his best to estrange. Furthermore, Netanyahu is needlessly sabotaging the bipartisan nature of the bilateral relationship between the US and Israel through his estrangement of Obama and the Democratic caucus he leads. Therefore, it would be wise of Netanyahu to recognize the futility of his current strategy, return to being politically pragmatic, and cease his gratuitous imperiling of the bipartisan-supported America-Israel relationship.

About the Author
Born and raised in the home of a Conservative Rabbi outside of Philadelphia, Joshua attended AMHSI in Hod HaSharon as an 11th grader, and identifies as an aspiring oleh planning to move to Israel and serve in the IDF one day. Currently studying economics and political economy at Temple University in the city of brotherly love!
Related Topics
Related Posts
Comments