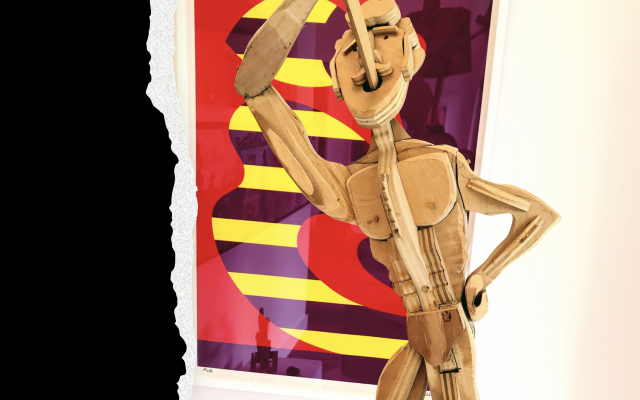 In an effort to make peace with the Palestinians, some perhaps well-meaning politicians have attempted to negotiate to give away parts of the holy land of Israel, and this is a big mistake.

In contrast to these politicians and some diehard “peaceniks” (i.e. who believe in peace at almost any cost), there are many people in Israel, from Zionists and nationalists to settlers, messianists, and the religious who maintain a deep underlying faith that the land of Israel, in its entirety, belongs to the Jewish people. Moreover, they trust that our current and miraculous possession of Israel, after 2,000 years of exile, is anchored in our transition from helpless, stateless, and victimized Jews to instead those of self-reliance, bold action, and faith in the Almighty that we are living in the times of redemption and Mashiach.

Moreover, after the 1967 War, G-d has even given us Jerusalem (“If I forget thee, O Jerusalem, may my right hand forget its skill”) and returned us to our ancient places of Judea and Samaria as well. In other words, Hashem has kept His promise and returned us fully to the land of Israel, and it is a heritage from Him to the Children of Israel, and thus, it is not for anyone to give it away. Therefore, not one inch should be given back. Rather, we must lovingly retain the sovereignty over all of Israel, fully settle the land, and follow in G-d’s ways. This is what will lead to the fulfillment of all Hashem’s prophecies and ultimately peace to us all.

It’s not easy to stand firm in the face of delegitimization, boycotts, terrorism, and even war. For Jews, it’s a matter of faith over fear. If we have faith that G-d has brought us back to Israel and that he will not forsake us, then we will neither fear the absurdly biased resolutions of the crooked United Nations or the nations and their terror proxies roundabout that have sought our destruction. In the end, G-d decides, and not man, the fate of Israel and its people, and let it be for blessings only.

In this vein, former Israeli Prime Minister, Yitzhak Shamir, says in his autobiography, Summing Up, that when former U.S. President Jimmy Carter asked him to think over the participation of the Arabs of East Jerusalem in certain elections that would call into question the status of Jerusalem as Israel’s united and eternal capital of Israel, Yitzhak Shamir stopped the discussion and told Carter the famous story of Rabbi Amnon of Mainz. In the tenth century, the local bishop tried to get Rabbi Amnon to convert, and instead of saying “No, out of the question,” he asked for three days to think it over. Well, after those three days, Rabbi Amnon remorseful with his wishy-washy response, didn’t return on time to the bishop. He proposed to the bishop that his tongue be cut out for having said that he would even contemplate converting. Instead, the bishop ordered that Rabbi Amnon’s arms and legs be amputated and salt poured into the wounds for his not coming back on time to respond. The lesson is clear that what we say and do has huge consequences. Telling others that we would even dare contemplate giving away any portion of the Holy Land is sacrilegious and a violation of G-d’s giving the Promised Land as a heritage to the Jewish people.

We learn in Ecclesiastes, there is a time for everything, including a time to be silent and also a time to speak up. At Aish of Greater Washington, Rabbi Baruch Frankel’s father-in-law taught today about the power of speech and of silence from the Torah portion of the week, Shemini. He said that Aaron’s children, Nadav and Avihu offered a strange fire to G-d and in turn Hashem sent down a fire that consumed them and that “Aaron was silent.” Aaron knew when to keep quiet in the face of rebuke by Hashem. Further, he said this portion in the Torah is next to the things that G-d tells us not to eat, because while the first tells us to watch what comes out of our mouths, the second informs us what not to put into our mouths. I would add that while Aaron was rightfully silent before Hashem’s rebuke, he should’ve spoken up when Moses was on Mount Sinai getting the Torah and the Israelites erred and made the Golden Calf. Similarly with those who seek to negotiate away the land of Israel, we need to understand that this is a time to speak up and say that this is wrong, and that faith can overcome fear of Arab might as well as of their demographics. In fact, as we’ve seen in 2020 with the Abraham Accords with the United Arab Emirates and Bahrain as well as normalization of relations with Morocco and Sudan, “peace for peace” is not only possible, but actually probable.

As much as we yearn for peace and we sincerely do, we must “stick to our guns” insisting on a recipe of peace for peace, and not a warped trade of our limited physical land and national security for a mere piece of paper, as hopeful as we may wish it to appear. We only have one State of Israel (the size of New Jersey) as a homeland for all the Jewish people. This is our explicit heritage from G-d (Exodus 6:8):

And I will bring you into the land that I swore to give to Abraham, Isaac, and Jacob. I will give it to you as a possession. I am the L-rd.

In the book by Charles Selengut, Our Promised Land, he explains the position that Israel is our national birthright and is not anyone’s to give away, but rather according to Rabbi Tzvi Yehuda Cook (following the teachings of both Maimonides and Nahmanides), it is a Milchemet Mitzvah (“war of obligation”) to fight for it, as truly undesirable as war is. Yes, from a humanitarian and “love thy neighbor” perspective, we need to give the Palestinians civil autonomy over their people and to improve their lives and futures, but at the same time when it comes to the land of Israel, let us neither be silent as Aaron at the Golden Calf or as Rabbi Amnon, let us not say anything that can be misconstrued as shedding any doubt; Israel is ours now and forever, period.