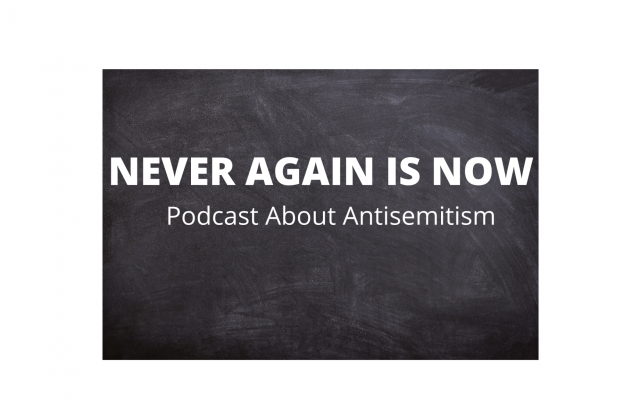 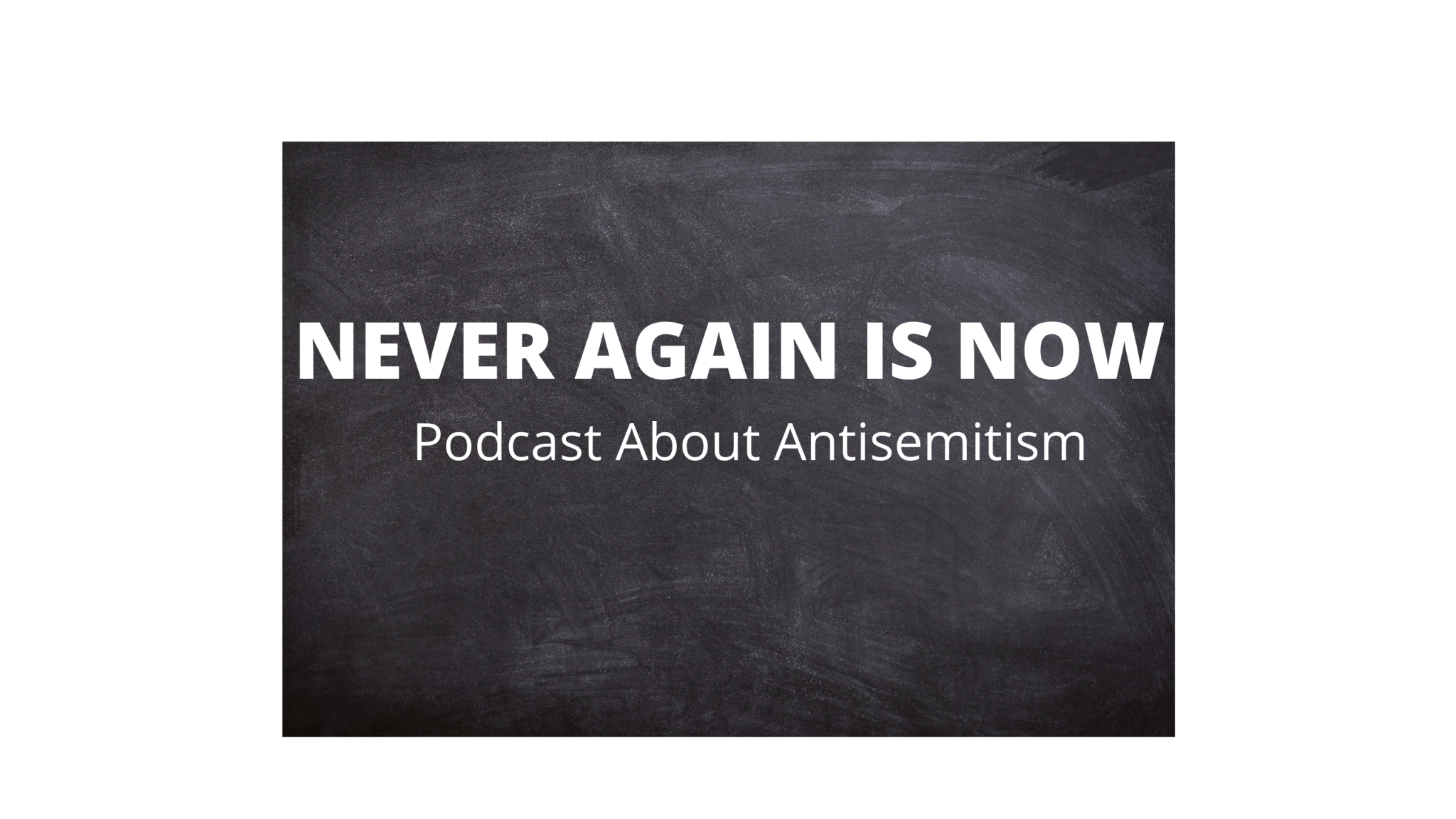 Unless you have been living under a rock, as the expression goes, you are aware of the ever-increasing rise of antisemitic statements and acts in the U.S. and around the globe. How many times a day can the average Jew read or hear about these incidents without feeling overwhelmed as to what can be done about this?

I had already been contemplating a podcast in connection with my free nonfiction Holocaust theater project www.ThinEdgeOfTheWedge.com – yet what was to be the focus of the podcast?

A light bulb went off in my head! This could be an interesting interview question on a podcast. Yet it still did not seem enough for an ongoing program.

Then in my outreach efforts for my Holocaust play, I spoke to Jeremy Wootliff of Jewzy.tv and he recommended I watch the documentary NEVER AGAIN IS NOW. This documentary features Evelyn Markus, a Dutch Jew and the daughter of Holocaust survivors, who immigrated to the U.S. in 2006 because of the rise of antisemitism in Europe.

After watching this powerful documentary, I contacted Evelyn and pitched her co-hosting a podcast about antisemitism – present, past, what is antisemitism, learning about the Holocaust. An important goal of the podcast of interviewing Jews and non-Jews would be to encourage people to speak up calmly (without exposing themselves to physical danger) when someone says an antisemitic statement to them or in front of them.

Yes, we all often freeze up or yell back in anger when this happens. Yet the only way to educate people as to what is antisemitism is to speak up in a calm way so that the other person can “hear” what we are saying. (“I know you wouldn’t say something offensive to a Black or Asian American. You may not realize that what you just said is offensive to Jews.”)

An examination of this phenomenon of saying offensive things to Jews that would not be said to other groups is found in the Kindle edition of JEWS DON’T COUNT: A TIMES BOOK OF THE YEAR 2021 by David Baddiel (physical format to be published in September 2021).

From the book’s Amazon page:

Jews Don’t Count is a book for people who consider themselves on the right side of history. People fighting the good fight against homophobia, disablism, transphobia and, particularly, racism. People, possibly, like you.

It is the comedian and writer David Baddiel’s contention that one type of racism has been left out of this fight. In his unique combination of close reasoning, polemic, personal experience and jokes, Baddiel argues that those who think of themselves as on the right side of history have often ignored the history of anti-Semitism. He outlines why and how, in a time of intensely heightened awareness of minorities, Jews don’t count as a real minority: and why they should. (boldface mine)

The words “why they should” are the key ones here. We all have to first recognize antisemitism and then work to end it by learning how to speak up in a calm manner that educates others.

One of the podcast interviews is of Jeremy Wootliff, who through his recommendation of Evelyn’s documentary NEVER AGAIN IS NOW brought Evelyn and me together.

And whenever you can (without exposing yourself to physical danger) – speak up against antisemitism and all hate.