I just finished reading Never Alone: Prison, Politics and My People by Natan Sharansky and Gil Troy. I love reading books about Jews, Israel, History, and Judaism.  I also try to round out my selections by reading about more intense subjects including the Palestinian-Israeli conflict, the Palestinian perspective, the Holocaust, Antisemitism, and the relationship between Jews in and outside of Israel.  Typically, I write my impressions of the book and then post them on GoodReads; however, this time my only reaction was to post that anybody interesting in Jews, Antisemitism, Israel-Diaspora Relations and the History of Soviet Jewry must read this book.

What reading this book has done for me is coalesce ideas that have been running around in my head for some time. One of the issues that has me concerned is the divergence in opinion between Jews from Israel versus outside of Israel; especially the United States and Canada.  Having a Canadian wife, being born in the US, raising my kids in Southern California, and finally making Aliyah, following my kids after they all moved to Israel, has afforded me the ability to understand both sides.  Though I think it is fair to say having made Aliyah where my beliefs lie, I still can understand the position of Jews in North America.

When I first started thinking about the challenge between the Jews in and outside of Israel, I thought the answer to the challenge would be education.  If Jews outside of Israel understood the divergence between the Zionism of Theodore Herzl versus the Zionism of Ahad Ha’am, as Arthur Herzberg explains so eloquently in his 100 page introduction in The Zionist Idea, Jews would begin to understand why we view things differently.  If they would then take the time to further read Gil Troy’s update, The Zionist Ideas, they would begin to see the plurality of Zionism that was around since the beginning and continues to evolve to this day that includes many of the concepts that Jews in North America are concerned about.

Perhaps they would not agree with We Stand Divided by Daniel Gordis as Rabbi Rick Jacobs, the President of the Union of Reform Judaism argued in his many responses to the book; however, at least they would understand the dialogue that was occurring between them.  There are also many important books from the American perspective that must be understood too such as The Jewish American Paradox by Harvard Law Professor Robert Mnookin.  Perhaps after reading these people would understand what Natan Sharansky and Gil Troy highlight as a basic difference in terms of the Tanach; they could see the Davidian approach as a nation building versus the Isaiahan approach as one of social justice.  They could then appreciate the research by Camil Fuchs and Shmuel Rosner as documented in #IsraeliJudaism to understand how even unaffiliated Jews in Israel are more engaged with Judaism than those outside because of the pervasive culture in Israel. They would also see how Judaism in Israel is evolving in a different way than outside of Israel.

These books only begin to scratch at the surface of the experiences that has resulted in today’s differences.  There are many more dimensions to the dynamics such as assimilation, politics, and of course the Palestinian-Israeli conflict.  To expect Jews to dive into the many sources of information, knowledge, research, perspective, and opinion on the challenges resulting in divergent perspectives is simply unrealistic. Having read a number of books on the subject, I realize there are so many more books that I must read to get a better understanding of the issue.

And even though my approach will continue to be to learn more about this subject through reading and research, I believe we must begin to act to start addressing theses differences.  The best way I know how to begin understanding the other” is through dialogue.  This has been a tried-and-true method in Judaism throughout the ages.

Classic study of Talmud and other Jewish texts begin with discussion.  Two students, who have been paired together, called chavrusot, or friends, will sit together and debate a passage until they come to a clear understanding of it. This is a technique used to look at an issue from multiple sides to better understand it.  One of the most beautiful and tragic examples of this approach is a popular book in Israel called Letters to Talia where a hiloni girl on a kibbutz strikes up a dialogue with a young religious yeshiva boy who goes into the army as they share their differing education and beliefs about religion. Before understanding can be achieved, there must be dialogue.

So, my thought is to begin to connect Jews within Israel to those outside to begin a dialogue. Thankfully, we have the tools today to facilitate such connections cheaply and easily.  The internet plus web conferencing allows us to not only talk, but to see the people we are talking to and let them connect in ways that in previous generations were either too costly or time consuming. The two questions become when to start the dialogue and how to connect people together.

When to connect Jews together, for me, is obvious.  Before I made Aliyah, I lived in Southern California. There I was involved in the Bureau of Jewish Education of Orange County. We used to run programs to help build Jewish Identity in our community for Jewish youth grades 7-12.

As a part of the Board, I used to read many reports on building Jewish identity. One was a report based upon the 2000 North American Jewish Population Census conducted by the Jewish Federation of North America.  In 2002, they went back to those self-identified they had a strong Jewish identity to ask them what drove the development of their strong Jewish identity.  This was not a religious statement; this was a statement of being.  It indicated they  were most likely married to a Jewish spouse,  affiliated with one if not more local Jewish organizations, had a strong connection to Israel, and in general were a part of a Jewish community.  The four activities most often mentioned were:

It is interesting to note that family observance, synagogue attendance nor afternoon Hebrew schools were every mentioned. However, the data showed that if a person participated in just one activity, the likelihood that they would develop a strong Jewish identity was over 90%.  If two or more activities were combined, the chances increased to over 97%.

All the activities had one thing in common; younger teens could see older teens being comfortable in their Judaism and so they in turn became comfortable with it as well. Understanding that they were not alone, there were others just like them, who had similar thoughts and beliefs gave these teens the foundation they needed to develop strong Jewish identities that they were able to take through their college experience into life.  Thus, the question of when to begin making connections between Jews in and out of Israel is obvious, starting just before Bar and Bat Mitzvah I believe we should connect Jewish youth to one another to foster dialogue. The next challenge to address is how to connect them how to connect them.  For that I turn to technology.

When I first came to Israel looking for a job, I found it was important to build a network. To do this, I found there were Artificial Intelligence apps that you could sign up with that would help you identify, connect, and schedule an web conference to meet, introduce and begin a dialogue with people. Once the introduction is made, the individuals can decide if they want to continue to talk or meet other people.  These apps could be modified to help Jewish youth connect.

By starting the dialogue at a young age, the youth can become comfortable in talking to one another and learning about their lives.  As time goes on, I can see these conversations beginning to become more important. As Israeli teens begin to prepare for the IDF while Americans look at College and what might come after High School, I can see the conversations become more important. The Israeli teens who see themselves as defending their homes will understand that some might believe they are oppressors and occupiers.  American youth will also gain a better perspective and understanding that although the Israelis want peace, there may be no party to make peace with today.

The program, which could be sponsored between organizations such as the Jewish Agency, the North American Federation, NCSY, USY, NIFTY, Bnei Akiva and Bnei Brith youth organizations could also train their older participants and graduates to be mentors. Perhaps group calls could be help within a moderated forum to discuss difficult issues.  And they program could be used as feeders into future programs such as connecting US Teens to Jewish resources as they enter college, a semester in Israel and a recruitment vehicle for participation in Birthright and MASA programs. It could encourage Israeli teens to become shluchim in the various programs for year or two to take their knowledge and experience to a community outside of Israel.

The experience of the Holocaust is behind us. Soviet Jewry is no longer a unifying cause for Jews to rally behind. Israel is thriving. And even though programs such as Birthright and MASA have been tremendously successful, we need to start engaging with our youth at a younger age so that those in Israel understand why the controversy around the Kotel is so important to Jews outside of Israel.  And we must make sure that Jews outside of Israel can feel comfortable in the Jewishness and connection to Israel. We may never agree; however, with some small effort, we may be able to appreciate and respect each other.  That must begin with our youth.

However, it does not have to end there. The same technology that is used to connect youth could also be used to connect adults from outside of Israel interested in starting a conversation with Israelis.  They could opt for meeting a new person every week to gain a broad understanding of “the other” since there is no one definition of a Jew in or outside of Israel.

It is my hope that people share my thoughts with others and this blog begins a dialogue that will result in action to create this or other programs to promote a conversation between our youth in and outside of Israel.  Please share this blog and your opinions. Let’s see if we can generate some interest an momentum to get a program started! 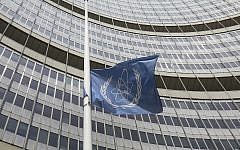