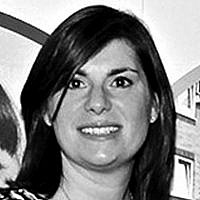 The Blogs
Hazel Kaye
Apply for a Blog
Please note that the posts on The Blogs are contributed by third parties. The opinions, facts and any media content in them are presented solely by the authors, and neither The Times of Israel nor its partners assume any responsibility for them. Please contact us in case of abuse. In case of abuse,
Report this post.

Aa new set of emojis will improve how diversity in Britain is represented. Set to hit our phones and tablets in the second half of this year, these newly-approved images will include hearing aids, wheelchairs, prosthetic limbs, probing canes, guide dogs and other disability aids.

Whatever your feelings on emojis and social media, we can’t deny they are now a part of our daily lives and becoming more influential and vital.

This is just one of the very many things that has changed since Cecil Rosen founded Jewish Blind & Disabled 50 years ago. Emojis, filters and social media would have seemed a totally alien concept then.

They weren’t even really on our radar as recently as 2014, when the building that bears his name was opened.

Now, however, as we look forward to the  opening of the Dyna and Fala Weinstock Wing of Cecil Rosen Court, offering an additional 19 one or two- bedroom mobility apartments, these have all become part of day-to-day life.

At Jewish Blind & Disabled, we use social media alongside the more traditional media to announce news and events and, with this being our 50th anniversary year, we have a lot going on.  This includes the launch of our new Independent Living Advisory (ILA) service, taking Jewish Blind & Disabled’s expertise into the wider community and people’s current homes for the first time.

We have also just launched an Instagram account and, alongside Twitter, Facebook and LinkedIn, this new venture will allow us to reach a whole new generation of potential donors, supporters and volunteers, as well as those who may need our services today or in the future.

In using social media, we need to speak the right language. Often that is the language of emojis.

This is especially true for our tenants, whether they are posting on Facebook or swapping messages with friends and family via WhatsApp. Up until now, we have seen a diverse  range of emojis with regards to race, gender, and even hair colour, but few have spoken to the experiences of those with disabilities.

This huge under-representation has been a glaring oversight and one that has left many people with disabilities unable to speak the same language as their contemporaries.

This change will certainly make a huge difference to fixing that,  but while we are celebrating this success it’s also important to note it is only the start.

There are still omissions from the new emoji list. Walking aids is one example and the wheelchair has already been criticised for looking too old-fashioned – both problems I hope will be fixed.

I also fully agree with Phil Talbot from the disability equality charity Scope, who says: “We’d now also like to see greater representation of disabled people and disability across all parts of the media and social media.”

One-in-five people will experience a diagnosis of disability in their lifetimes. However, if you turn on the TV or check your social media, you often wouldn’t know it.

Hopefully these new emojis will be the start of a more representative view of society and not just on social media.