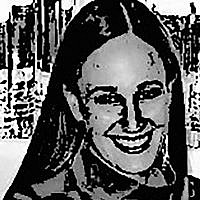 The Blogs
Menucha Page
Apply for a Blog
Please note that the posts on The Blogs are contributed by third parties. The opinions, facts and any media content in them are presented solely by the authors, and neither The Times of Israel nor its partners assume any responsibility for them. Please contact us in case of abuse. In case of abuse,
Report this post.

While There Has Been a Lot of Cross-Pollination in the Israeli Jewish Music Scene, the Jewish Israeli Art Scene Still Maintains the Outdated Religious-Secular Divide.  We Can Change That — and the Art Scene Will Benefit as a Result

When I was growing up in the little modern-day American shtetl of Monsey, New York (it was much smaller then that it is today), it used to be axiomatic when discussing Israeli culture:  Unless Israelis were already religiously Jewish, they were not going to be interested in Judaism or in cultural offerings that were based in Torah and Judaism.  Secular was secular, religious was religious, and never the twain shall meet.  It was understood three quarters of a century ago that Labor Zionism had sought to create a “New Man,” one who was interested in creating a new, Israeli cultural identity separate from the traditional Torah-centered identity that had existed for Jews for thousands of years.  These were a new kind of Jew called Israelis.  Although the ideologies of the likes of A.D. Gordon and Dov Ber Borochov by the 1990s had receded into the pages of the history books, their legacy – an Israeli rather than a Jewish cultural legacy – had been created.  By the 1990s, the university and the Indian ashram or the Nepalese monastery after the army, not the Yeshiva or Seminary, were the destinations for Israeli youth seeking to “chill out” and “find themselves” before embarking on a non-traditionally-Jewish Israeli lifestyle.  Meantime, the Baalei Teshuva movement (literally, the movement of “Masters of Return” to Torah Judaism), so the received wisdom went, was not for Israelis at all, but for young Americans and others.  Exceptions to that rule like Uri Zohar were just that: exceptions to the rule, which was an ideologically-rooted lack of interest in Torah Judaism.

By 2021, this has very obviously changed.  By way of example, just before COVID-19, my children and I sat in one of the last large concerts to take place in Israel before the lockdowns eviscerated the cultural scene: an Ishay Ribo concert in Jerusalem, Binyanei HaUma (which today packs them in for COVID-19 vaccinations instead).  I was expecting to be surrounded by a primarily religious audience.  After all, all of Ishay Ribo’s songs are steeped in Torah and Judaism, such as the Service of the Cohen Gadol in the Temple in Jerusalem on Yom Kippur.  His instrumentation and his riffs are contemporary, but the themes are ancient and recognizably Orthodox Jewish.

I could not have been more wrong about my assumptions regarding the identity of the audience members.  The concert was packed with – everyone!  Secular Israelis from Tel Aviv and the Merkaz.  Ashkenazi Jews, Sephardi Jews, Yemenite Jews, Chassidic Jews, etc.  Every kind of Jew was there, singing along, deeply moved by Ribo’s music.  They all wanted to hear this contemporary music steeped in our thousands-of-year-old tradition, steeped in words of Torah.  Yet also they were also there to hear that tradition combined with the modern instrumental riffs and the electrified and sometimes electronically-enhanced music of today’s Israeli music scene. 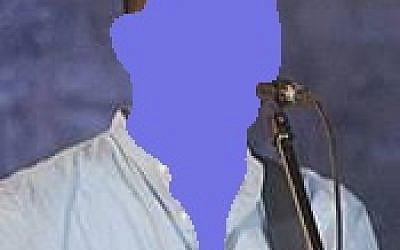 Ishai Ribo managed to cross over the divide between contemporary religious and secular music to create exciting new Jewish Israeli music that appeals to everyone. Artists should do the same. (Image licensed under CC BY-SA 4.0)

So I realized:  When it comes to Jewish culture, there are few axioms, few truisms.  We are constantly reinventing ourselves, the power of renewal and return.  And now, Israelis are turning to cultural offerings that showcase the ancient, yet that package it in the new sounds without compromising its eternal spirit.  To quote the words of the Prophet Amos, “Now, a time is coming – God the Lord declares – when I will send a famine in the land: not a thirst for bread or a thirst for water, but for hearing God’s Word.”  There is a new generation of young Israelis who are deeply interested in a return to the roots of what has made Jews Jewish for the millennia.  They’re not turning to A.D. Gordon anymore.  They’re returning to ancient roots that go far deeper.

This is certainly happening on the music scene, with crossovers like Ribo, Yonatan Razel, Akiva Turgeman, Shuly Rand and many others.  It’s happening in literature, with the popularity of works by the likes of A.B. Yehoshua.  And even religiously it’s happening:  Young Jews and even the not-so-young are packing courses and conferences in organizations like Arachim, even online.  This is what really scares those who seek to divide us, hate-filled politicians like Yair Lapid and Avigdor Lieberman who play the “religious” card as demagogues for the extra votes it gets them.  Or many in the media who incite against the “Ultra-Orthodox.”  But the haters are fighting a losing battle.  You can’t keep Jews from their heritage.  As the Sages have said, the Torah, the Land of Israel, and the People of Israel are one.  And you can’t sow hatred between people who are as unified as we are, deeply, on a soul level, as a people.

Yet there’s one place where that cultural rapprochement is not happening as fast: the art scene.  It’s as if there are two art worlds:  One is filled with traditional themes like marriage canopies (chupas) and dancing Chassidic Jews and palette knife paintings on canvas.  And another scene in which contemporary techniques are used in addition to paint on canvas, where all kinds of exciting techniques are used, but where Jewish themes are totally absent from works of art. 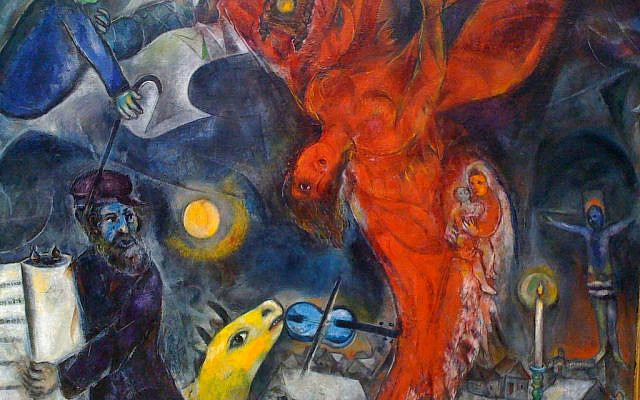 In the early Twentieth Century, Marc Chagall innovated and created exciting new art with a broad appeal. But that was over a century ago. By now, it’s high time again for us to innovate (Image courtesy of thewhoo under CC BY-SA 2.0)

What we need to find common ground is an art scene in which both can dialogue with one another:  where new artistic techniques meet those ancient themes that have always inspired our people. In short, a new Jewish Israeli art for a new generation.  As we come together in every other sphere, we can do so in art as well.  And the results surely will be majestic and awe-inspiring.

About the Author
Menucha Page is a Jerusalem-based Jewish woman artist combining ancient themes of Torah Judaism and values with contemporary artistic techniques in painting, drawing, photography, woodwork, glasswork, and metalwork. Menucha Page renovated an abandoned historic preservation structure in Jerusalem that had been built by Jewish laborers a century-and-a-half before in the heart of the historic Jerusalem neighborhood of Nachlaot near the city’s Mahaneh Yehuda Market which now serves as her home gallery. Visit her at www.menuchapagefineart.com, on Instagram @menucha.page.fine.art or write her at menuchapage@gmail.com.
Related Topics
Related Posts
Comments