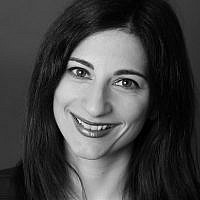 I’d never had a massive yearning to be a mother and I’m not hugely maternal. So, it makes perfect sense that at the age of 40 I decided to fall pregnant with my first baby.

I’m as clueless as I would have been at 21 about raising a chid though, so does age really make any difference?

It all happened really quickly – both the decision to procreate and the conception. I met my husband, S, aka Hub-U-Like, just over two years ago. I certainly wasn’t looking for a sperm donor, so when I fell in love with him I knew it was for the right reasons: love, companionship, someone to take the bins out.

But later on, something changed. Weirdly for me, I wanted a baby. Cue a painfully honest conversation during an otherwise relaxing weekend away in which S and I put our cards on the table about the future. Marriage? Tick! Baby? Tick! Sorted.

Last year, the day after S and I got married, I decided. “Let’s do it. Let’s have a baby.”

I knew something was up. I’d been weepy and distracted for a while, culminating in a day forever known as F***** Friday (the family-friendly version of that being Frantic Friday). I started the day by driving over my brother’s wall instead of merely parking on his drive and ended it in tears yelling: “I want to kill everybody!”

The pregnancy tests I did the next day confirmed that I was going bats for a good reason. Despite my prior indecision, I was happy. Firstly, I’d made a baby with my phenomenal husband, and secondly, I could now blame my moods on something – the foetus! Au revoir, taking responsibility for my own actions.

Month 1 has been OK so far, despite Wallgate. No sickness and I’m feeling very smug about it.

I hope this lasts…

About the Author
Louise is a journalist and broadcaster, and mum-to-be
Related Topics
Related Posts
Comments