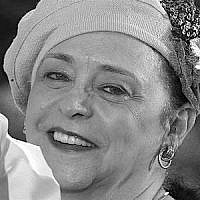 Long weekend plans, sales on everything, partying, designated drivers, traffic, snow (usually), and, of course, staying up to watch the ball drop.   Growing up in New York and raising my children in Baltimore, these were the memories of New Year’s Day that I took with me when I made Aliya.  Actually, they were more than memories.  They were as much a part of me as any other “national” experience.  And that bothered me.  As an Orthodox Jew, I had another New Year with an entirely different slant on how one is to usher in a new year.  So I found, with apologies to George Costanza, that my worlds were colliding. I learned to deal with it.

As with my daily educational schedule, from first grade through High School, my mind had become neatly divided into kodesh and chol. Holy and secular. This became more than a learning schedule. It served to cement our identities as educated, worldwise, Jewish young women. I was both. I needed to be both. Sometimes I needed to be both together.

But the morning was set aside for Chumash, Navi, Jewish History and Hebrew.  After lunch we were taught Math, English, Science, Phys Ed and History/Geography.  The two parts of our minds never met. So that it was an “aha” moment for me to realize that Rashi (Rabbi Shlomo Yitzhaki) lived during the first Crusade. This fact clearly was reflected in, and contributed to, his commentary on just about every religious book I learned.  It would have informed my understanding of both Rashi’s commentary as well as made the period of the Crusades even more important to me if I had made this connection.  It would have also been less confusing to learn about the grandeur that was Rome in the afternoon, if we were not studying how the most devastating blow to the ancient Jewish nation had come at the hands of the same Roman rulers that very morning.  I desperately wanted a setting where I could get the entire story as it had been.  Instead, I felt wary of my non Jewish, secular teachers and apologetic in light of the angst of the religious staff on the subject.

As I entered the workforce, the familiar secular-religious tug returned.  Negotiating Friday afternoons in the winter could mean longer hours on another day of the week or the loss of my job.

Graduate school dinner with professors and fellow students could not be attended.  No one would understand why, despite my participation in class and camaraderie in the classroom, I could not break bread and crabs with them.  I remember wanting to invite all of them to my place, instead.  That would not have been feasible in the world in which I lived.  So neither scenario could take place.

When I made Aliyah with my husband 15 years ago, I was desperate to be free of the duality that informed who I was. It took a full year’s cycle of meaningful celebration of even the most “obscure” holidays such as Tu B’Shvat, Tu B’Av, Tzom Gedalia and even Lag B’Omer, celebrated as an Israeli Jew, to do the job. Add to that the fact that secular Israelis understood where I was coming from.  I did not ever have to explain myself.

I found my worlds were no longer colliding.  Instead, I felt my feet on firm ground as my roots were all around me.