The British Jewish community is a phenomenal success story. For more than 250 years, the Board of Deputies has stood up for the Jewish way of life. However, we are at a critical point; anti-Semitism is on the rise and, following the recent meeting with Jeremy Corbyn, shows no sign of abating in the Labour Party. Our fundamental Jewish traditions, from brit milah to shechita, are under an unprecedented attack. Our community needs an advocate to stand up for our traditions and to defend our human rights.

As the Board’s vice president, for three years, I have chaired the defence and interfaith relations division. I have led the fight on all of these issues and I believe in standing up for our rights.

I was the first to call out the Chakrabarti report for what it was, a “whitewash”; I have been at the forefront of the recent burial campaign against the introduction of the so-called “cab rank rule” by coroner Mary Hassell; and I’ve travelled the UK, reaching out to every corner of our community to fight anti-Semitism, defend Israel and promote interfaith work.

I’m reminded of the strength, talent and altruism of British Jews every day. I grew up in Redbridge in a thriving Jewish community.

I taught cheder classes at Wanstead and Woodford United Synagogue, joined the Bnei Akiva youth movement and was a proud member of the Jewish Lads and Girls Brigade (JLGB). This gave me the confidence to stand tall as a Jew.

As a law student in Liverpool, I lived in Hillel House and in my mid-20s and 30s focused on my career, establishing myself as a leading employment lawyer and partner in a law firm. My work and skills are based upon standing up against inequality and discrimination. I have acted for charities, organisations, vulnerable individuals and other faith groups. 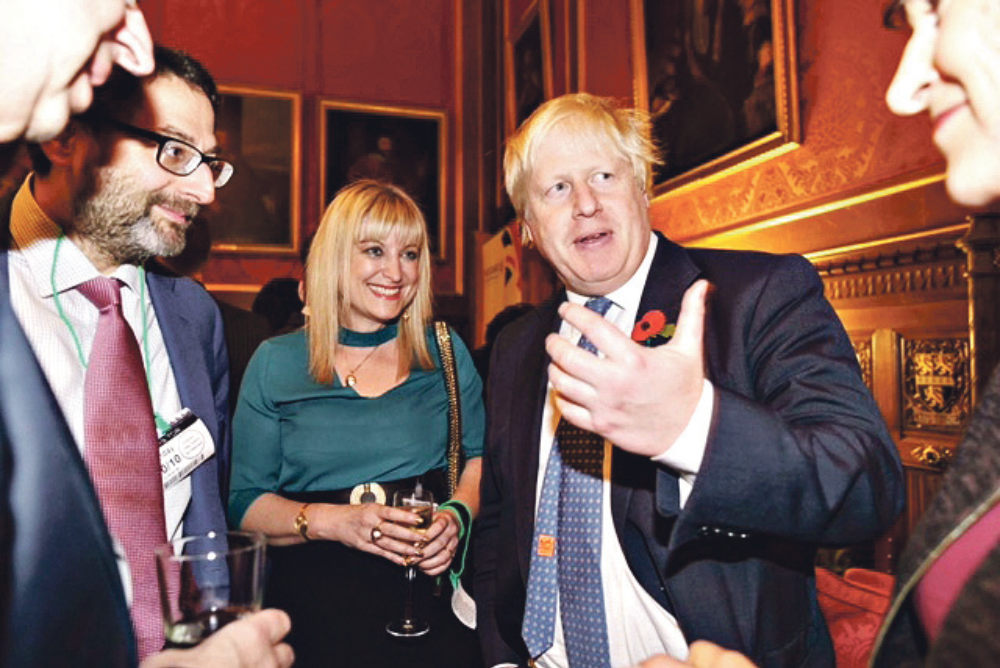 I’ve been a member of Mill Hill Synagogue for four years and serve on the management board of West London Synagogue, where my family are active members.

As a young mother, I fought against cancer and this battle made me want to do more for our community and support others. In a changing world, the next few years will be vital. I look at my two daughters and know that we must secure the future for the next generation. One of my daughters attends Immanuel College and has followed in my footsteps as a keen member of the JLGB, which I’m proud to represent as their Deputy.

I will want to ensure young people, working closely across all our youth movements and student groups, have the voice they deserve and share in
the future decision-making of our community.

As Board president, I’ll continue to fight against anti-Semitism. I’ll defend Israel’s legitimacy and its centrality to Jewish identity. I’ll strengthen the many interfaith relationships I have enjoyed building during the past three years. Above all, I’ll champion Jewish life across the UK.

I want to speak to you about your most important issues and what you want from the Board.

As your vice president, I’ve stood up to anti-Semitism and as your president I’ll stand up for you.