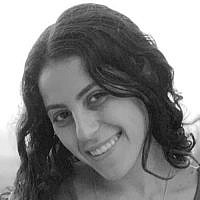 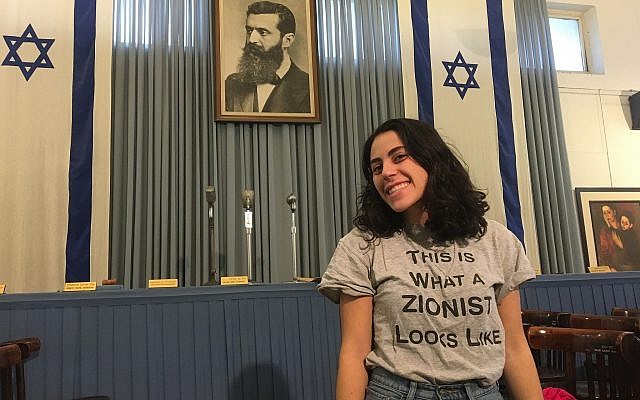 When I embarked on my semester not-abroad, I knew I wouldn’t have the same type of “abroad” experience as my peers. Going back to Israel was going home, rather than discovering some foreign place where I didn’t speak the language or understand the public transportation system. I knew that I wasn’t going to push myself outside of my comfort zone in the traditional way, because I was going back to the familiar in a place that I already knew and loved. I hadn’t intended for this to be a life-changing, transformative study “abroad” experience, and I ultimately don’t think that it was. What I do think was that this time in Israel clarified a lot of things for me. I was able to engage with Israel on a deeper level, leading to a new understanding of myself, of Israel, and of my relationship with Israel.

One of the classes that I took at Tel Aviv University was a watered-down introduction to creative writing (if you can even call it that). My thoughts and critiques of the class itself aside, I was required to write a lot of self-reflective pieces about topics that I otherwise probably would not have articulated. One of the prompts instructed us to visit a new place and describe it. Because I’m challenging and wanted a greater challenge than just describing the bar in Ramat HaHayal I had gone to that week, I wrote about a new mental place I visited and have continued exploring. That week, I began to reexamine my future, conjuring it up in my mind and drawing red X’s over what was to make room for what will be.

It started when I spoke to my academic advisor while visiting family friends in Jerusalem. We mapped out my entire schedule for next semester. I’ll be in 22 credits. That means that after next semester, I’ll have six credits left (or two classes). I also secured two internships for the semester. As I’m dealing with my internships and planning my schedule, the six credits are just looming the back of my mind.

Naturally, I call my mom. I have a crazy idea. What if I finish college this summer? I take the two classes, work and intern, and then in August make aliyah. It’s crazy, but logistically it’s logical.

Now, I’m cutting out the second half of the plan. There’s no reason for me to prolong my aliyah or drag out my college career when I could just knock out the two classes this summer. Why stay in New Orleans when I could be constructive? For me, to be constructive is to enlist in the IDF.

Thinking about the IDF in conjunction with my aliyah isn’t something necessarily new, but this time it is serious. When I was on a wine tour for the last day of my internship (shout-out to Syte for being the best and coolest startup in Israel), I was explaining to one of my colleagues my rationale for enlisting. Indoctrinated Zionist ideology aside, I don’t want to show up to the Israeli workforce as the privileged American who is only in Israel because of my Jewish identity. While it is incredible that Israel is a home for the Jews, it is also a home for the Israelis. I don’t want my identity questioned from a place of privilege. While army rank matters less now than it did in the 80s, for myself, I still wouldn’t be able to soundly live in Israel for the rest of my life without serving in the army first. This also plays into a YOLO-mentality: I was put onto this planet once and I cannot imagine living my life once without serving the country that I love so much to the fullest capacity.

So now I’m following in the footsteps of other young, impulsive American Zionists and doing Garin Tzabar. This means that I’m planning to spend my last real semester at Tulane ideally in 22 credits, working two internships and a job, and going to seminars in Fort Lauderdale to prepare for another country’s army. This was not my plan.

I’ll have next semester, but it’ll be my last semester. It also won’t be a conventional semester, because of the 22 credits, the two internships, the possible job, and the visits to Florida. This is not how I envisioned ending my college career. Then again, I’m not the type of girl who has ever wished for a conventional life plan.

When I picture my future, I don’t crave a life in the suburbs of America with a white picket fence and a dog. I see myself in Israel and only Israel. But I didn’t think that my future would start so soon. It’s new. It’s exciting. It’s my future. It’s also neither a beginning nor an ending. While I am beginning my aliyah process, this process is nearly twenty years in the making. From listening to Israeli music in the car on road trips to the first time that I stepped foot in the Holy Land at sixteen, it was all in preparation for my inevitable aliyah, even if I didn’t know it.

When I first left Israel for the first time, I knew that I needed to get back. And then I did get back, and I got back again, and now I’m leaving, but I’ll be back. However, the next time I get back will be the last time. Next time, I’m staying.

While I’m sad to go, I know that it’s just another step in my journey to getting back. This really isn’t an end at all for me—it’s just a pause, which will be filled with a few months in the States that will help me get back. I’ll come back as a college graduate and serve in the army, and then I’ll be home.

If anything, ending this experience now contributes more to my closure with the States. I’m leaving so that I can ultimately end the chapter of my life in America.

While I wouldn’t consider this moment in my life an ending, I also wouldn’t consider it a beginning. As I already mentioned, aliyah has been in the works since before I even knew what the word meant. This was always going to happen, so even though now I’m beginning to sign paperwork and pack up my life, it doesn’t feel like the beginning. Beginnings are also usually new, which is perhaps why I feel like this. I’m not moving to a new place—I know Israel and I feel at home in Israel. This isn’t the beginning or the end of one of my stories: this is just a continuation.

About the Author
Today I work in cybersecurity. Before that I was a soldier. I went to Tulane University, where I earned a Bachelor's degree in Communication & English.
Related Topics
Related Posts
Comments