The Blogs
Yael Ridberg
Apply for a Blog
Advertisement
Please note that the posts on The Blogs are contributed by third parties. The opinions, facts and any media content in them are presented solely by the authors, and neither The Times of Israel nor its partners assume any responsibility for them. Please contact us in case of abuse. In case of abuse,
Report this post. 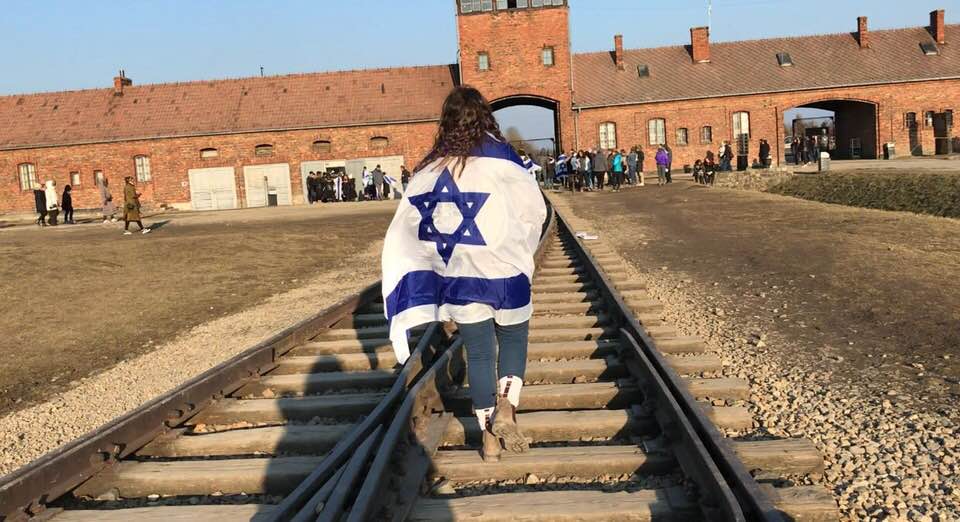 Amidst the challenging news about the conflicts at the Gaza border and the potential deportation of asylum seekers from Africa, a recent trip to Israel included a moment of awe and wonder. I had just visited with a dear family friend, Aryeh Golan, a well-known Israeli journalist, child of Holocaust survivors who came to Israel from Poland when he was ten years old and has been broadcasting the morning news for the radio station Kol Yisrael for more than 20 years. He just celebrated his 70th birthday, and as I sat with him and his wife Aliza over coffee, I felt a living embodiment of what educator Avram Infeld calls: The Nine Days of Redemption.

Infeld’s insight reflects the nine days in between Yom Hashoah V’Hagevurah (Commemoration of Holocaust and Heroism) and the 24-hour Yom Hazikaron lead into Yom Haatzmaut (Israel’s Memorial Day and Independence Day). These three holidays were added to the Jewish holiday cycle after the founding of the State of Israel on May 1948, for the 5th day of the Hebrew month of Iyar, immediately preceded by Memorial Day.  The Knesset (Israeli Parliament) formally set the commemoration of the Holocaust in 1953, and Jewish communities around the world mark these days with solemn ceremony and celebration, respectively.

If the ten days in between Rosh Hashanah and Yom Kippur represent days of personal introspection, Infeld posited, these nine days are of Jewish communal commemoration. This combination of days helps create the “I-we” relationship that underscores Jewish peoplehood. Listening to Aryeh speak, knowing he is the same age as the State of Israel, and having come from the devastation of the Holocaust was suddenly a miracle to me. I’m not naïve nor overly sentimental, but it was profoundly moving to recognize how far the Jewish people have travelled the last 70 years.

The Jewish holiday cycle is not just a series of individual holy days and festivals. Holidays are linked to one another to constitute a process of ritualizing, thereby strengthening the connective tissue of the Jewish people. Passover celebrates the Exodus from Egypt and is made more powerful in its link to Shavuot, which celebrates our freedom to receive Torah. Tisha B’Av (the Ninth of Av) is preceded by three weeks of mourning, from the moment when Jerusalem was attacked in 70 CE.  Rosh Hashanah (Jewish New Year), is deepened by the process of teshuva (return, repentance) that culminates on Yom Kippur.

Sacred time in the Diaspora is experienced as the sacred time of the Jewish people as a whole, as it is in Israel.  Since the founding of the modern State of Israel, this modern holiday cycle of Yom Hashoah v’Hagevruah, Yom Hazikaron, and Yom Ha’atzmaut may be more deeply embedded in the Israeli psyche, but I believe can also deepen and expand Jewish identity formation for the Diaspora as well.

I have been a part of such observances in America my entire life, and I have always understood that these modern holidays are experienced as Jewish holidays as much as they are Israeli days of commemoration.  I know that synagogues, Jewish Day Schools, and other Jewish institutions mark these days in meaningful ways, and at the same time, living outside of Israel can distance Jewish communities if there aren’t points of engagement and connection with Israel the rest of the year.

In Israel this process is felt most profoundly by the two-minute siren sounded all over the country both on Yom Hashoah and on Yom Hazikaron. Everything comes to a halt to stand with respect for Jewish life that was nearly destroyed during the Holocaust, and then for those who gave their lives so that the State of Israel could remain a strong and vibrant homeland.

In the Diaspora, we don’t have a communal siren, but we have communal gatherings that bring together Israelis and Americans to share in the grief, honor and celebration of our collective past.  Yom Haatzmaut can and should be an opportunity, in Israel and the Diaspora, to reflect and celebrate the existential yearnings of the Jewish people: to be like all other countries who yearned to breathe free and independent, and the particularistic nature of Jewish identity that demands Israel be worthy of the memory of the past and create a vibrant and peaceful future for all its inhabitants.

As we remember the victims and the heroes of the Holocaust this week and anticipate Israel’s 70th birthday next week, the legacy of our past and the challenge of our future remain deeply connected to these feelings. I pray that Jews all over the world might connect with the notion of these “Nine Days of Redemption,” in that the message is timeless, and demands that we remember and guard against anti-Semitism and xenophobia in all of its forms; and calls upon all who love Israel to engage and contribute to the ongoing redemption of the Jewish people justly and in peace. May the commemoration of Yom HaShoah and the celebration of Yom Ha’atzmaut in Israel and wherever Jews live, lead the Jewish people beyond bitterness and despair, bring an end to suffering and injustice, and may we continue to work for a future where the “I-we” connection is all of our responsibility.

About the Author
Rabbi Yael B. Ridberg serves as the spiritual leader of Congregation Dor Hadash in San Diego, California. In addition to her congregational responsibilities, Rabbi Ridberg serves on the Board of The San Diego Jewish Academy. She lives in La Jolla with her husband and four daughters.
Related Topics
Related Posts
Yael Ridberg
Comments