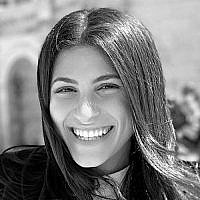 The Blogs
Yael Evgi
Apply for a Blog
Advertisement
Please note that the posts on The Blogs are contributed by third parties. The opinions, facts and any media content in them are presented solely by the authors, and neither The Times of Israel nor its partners assume any responsibility for them. Please contact us in case of abuse. In case of abuse,
Report this post.

This week’s Parsha, נצבים, is renowned for being known as פרשת התשובה. This Parsha is typically read towards the end of the year, preceding ראש השנה. The Parsha contains within it indispensable aspects of the Teshuva process, but many of Judaism’s foundational tenants as well. As Moshe continues through his lengthy final sermon and approaches the conclusion, we learn this week about the unity of Israel, the imminent redemption, and our בחירה, freedom of choice.

The first few Pesukim of the Parsha begin with details regarding Teshuva,

The Slonimer Rebbe, אמ״ור, quotes the Torat Avot on the Zohar regarding the process of returning to Hashem. Here, the Torah poetically writes that even if one is exceedingly far— mentally, physically or emotionally far from Judaism— Hashem will nevertheless retrieve them. No matter how downcast one is, the Ribbono Shel Olam is still there, in the crevices of one’s distant existence, and in the recesses of a lost soul. No matter the extent of how lost one may be, the power of Teshuva overrides that. But, the Zohar seemingly says the opposite. The Zohar writes— for almost all sins one can be forgiven, with the exception of Arayot. Many attribute this to the placement of Parshat אחרי מות and קדושים. In קדושים, the laws and commandments regarding the ways of holiness are described. Right before then, in אחרי מות, the consequences of Arayot are recounted in the Torah. According to Rashi and other commentators, this juxtaposition teaches that Holiness can be defined by the boundaries we create to guard ourselves from sins in illicit relationships. The immoral act of Arayot which is exceedingly contradictory to the tenants of our faith is closely listed near the opposing aspect of Holiness! What is the meaning behind this?

The answer is two words, מִשָּׁ֗ם יְקַבֶּצְךָ֙. From there Hashem will lift you—regardless of how far removed one is. The contrast displays the disparity with which one can put themselves within their Bechira. However one also has the freedom and choice to return. The Zohar’s intent regarding the seeming irreversibility of Arayot is debatable, and many say it is not to be taken literally. As deep as the sin is, it only makes it more difficult to come back— but returning is viable.

Another notable aspect within Moshe’s attentive wording regarding Teshuva is, “הַבְּרָכָה֙ וְהַקְּלָלָ֔ה” When all these things befall you—the blessing and the curse that I have set before you. The Slonimer Rebbe questions the use of the concept of בְּרָכָה֙ here. It seems out of place— why are we learning about Teshuva and suddenly blessings are mentioned? The topic of Teshuva would logically be in correlation to curse! However, it’s opposite! 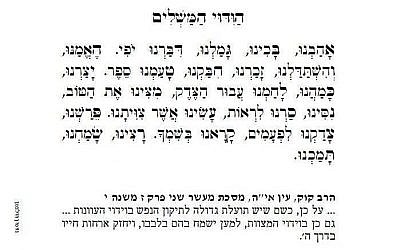 Rav Kook’s reverse Vidduy. Sometimes we are so caught up in the wrongs we do, that we forget the good.

Here we learn the power of positive psychology. Many times we repent through fear and consequence. Yet, oftentimes, we come to return and repent through love and bracha. The חידה taught on the pasuk, “ושבת עד ה׳ אלקיך”, the letters ש’ב’ת are the same as שבת. This goes to show that through the Teshuva process experiencing a Shabbat is necessary. When we go through our week and truly wait for Shabbat, there’s a true feeling of renewal. On Shabbat, we return to our source, to clarity, recognition, and spirituality. The Rebbe explains the following Mashal— often in part of the preparation for Shabbat, one of the many things we may do include checking our pockets for money/muktzah items are forbidden to carry. We check our pockets so extensively, but are we checking ourselves? We should ask ourselves— What am I bringing and carrying into Shabbat?

A moment to reflect for some introspection can change the experience of Shabbat. Through this one can harness the intrinsic power of Teshuva connected to Shabbat. As the Gemara says, even the worst of sinners—- those which worshiped the idols of the generation of Enosh— if even they keep one Shabbat they return and are forgiven!

The Gemara in Yoma furthers this positive concept of Teshuva. Reish Lakish taught, אמר ריש לקיש גדולה תשובה שזדונות נעשות לו כשגגות. Great is Teshuva, because, even intentional sins less severe. Then Reish Lakish teaches again 2 lines after, גדולה תשובה שזדונות נעשות לו כזכיות. Great is teshuva, as it turns sins into merits! The immediate question is how are these two statements coexistent? The Gemara explains that the first— Teshuva transforming sins into lesser transgressions, is Teshuva out of fear. The next, Teshuva creating Merits, speaks about Teshuva out of Love!

There are two different ways to approach Teshuva. We either repent out of fear, awe, or consequence. Or, we repent because we love the Ribbono Shel Olam, we know what we’ve done wrong and it really remains with us. Although sometimes, and in certain situations, we may have one over the other— the more transformative approach is ostensibly the later. When we truly tap into and feel what we’ve done wrong, we come to understand that we simply wish to return because we love our Avinu Bashamayim. That transformative power will be the means by which we create our very own Zechuyot! We have the capacity to transform ourselves if we wish for it. Through acts of refinement and introspection, we can use our sins as a boost to propel ourselves to even greater heights!

This year, may we see Teshuva in a different light. Through Selichot, reflection, fasting, and Tzedaka, we should shift our perspectives on what we are doing and why. Although it is much easier to understand that we are doing this because we must, or because of fright, let us impel ourselves towards Ahavat Hashem! May we be zoche to achieve wholesome Teshuva, and be blessed with a remarkable year to come— filled with growth, goals, love, happiness, and redemption! במהרה בימינו!