The threat of a fourth round of elections has been removed for now, after Prime Minister Benjamin Netanyahu and Alt. Prime Minster Benny Gantz agreed to a budget vote in December. According to the current law a budget will need to be passed by December 23, or The Knesset will dissolve itself automatically and within 90 days there will be another election on March 16. So right now, political expert Dr. Chaim Weizmann says those are the two most important dates.

“A March 2021 new election in Israel will be the fourth in two years. Our political situation, economic situation and our social situation is in very bad shape,” Weizmann says. “On top of everything we have a COVID-19 crisis. The situation is very unpleasant, and we will have elections on March 16 unless something has changed.”

Israel is without a budget and unlike the United States the country does not have a government shutdown, instead Weizmann says the government functions off of the previous year’s budget on a month to month basis. There has been 11 billion shekels allocated, but Wiezmann who is a Senior Research Fellow at the Institute for Policy and Strategy (IPS) and IDC Herzliya says the annual budget is around NIS 400 billion.

“There a more ministers in the government so the need for money is higher than before. Unlike Europe where the population is steady or decreasing, our population is growing which means we need more services for people. It is not a lot of money in terms of state budget,” Wiezmann says. “We do not get the services that we should get because we do not have the budget. People are not getting what they need we have a problem with our health system, education system and welfare system.”

Both Prime Minister Netanyahu and Alt. Prime Minister Gantz do not want to go to fourth elections right now because Weizmann says it wouldn’t benefit either one of the embattled politicians. It’s been 10 weeks of protests in Israel due to a crumbling economy as a result of COVID-19 that has led to widespread job loss with an unemployment rate of about 20%. Many are calling for the resignation of Netanyahu due to charges of bribery and corruption, in addition to how he has handled the second wave of COVID-19. Netanyahu reopened the economy early resulting in a spike of confirmed cases which now hovers around 100,000 with 1,000 deaths.

“Gantz knows his political career would be ended if it came to elections right now,” says Weizmann “And Netanyahu is not sure he would get what he wants and what he wants is a majority of at least  61 members of the Knesset that support his need for changes to our his basic laws- meaning getting off the hook of his trial which is supposed to start in January.”

Wiezmann says though neither one wants an election right now, Israel is already in the middle of political campaigning. However for the next four months or 120 days, the government must continue to function, but Weizmann says there will have to be some vertical appointments to fill the police chief and the Legal Advisor to the Government which is equivalent to the Attorney General in the United States.

“These two appointments are crucial for Netanyahu because he would like to have people that treat him favorable and, of course, Gantz says he won’t make it happen,” Weizmann says.

If elections are held on March 16, Weizmann says don’t expect a new government before the last week of April.

“We are doomed to have this government for the coming eight months,” Weizmann says.

And to the thousands of Israelis who have been protesting for the last 10 weeks another eight months is not good news. If a new budget is not passed by 10 pm on December 23 the Knesset may adopt a new amendment to the law and prolong a time for passing the budget says Weizmann. But it all depends on the situation and what PM Netanyahu feels is in his best interest. If he believes mid-March is not a good time for him to go to elections, then Weizmann says he will prolong the situation until the end of June, as long as it is before November 2021 when Gantz becomes Prime Minister and Netanyahu becomes Alt Prime Minister.  The Coalition Agreement, which is not enforceable by law, is only a politically agreement that makes Kahol Lavan immune from 2022 forward. Wiezmann says because of Gantz’s lack of political savvy, the agreement doesn’t include 2021, a move that gives PM Netanyahu the upper hand.

“And the only thing that counts is the law,” Weizmann says. “They (Kahol Lavan) do not have the law on their sides right now. If Netanyahu thinks he will not win the election he will comply with the agreement and some say it is better for him than to become a minister or just a member of the Knesset. They put themselves in the hands of Netanyahu.”

Wiezmann says Gantz’s first mistake was not making Meir Cohen the Interim Speaker of the Knesset and when Gantz took the position it was career suicide. There has been talk of Kahol Lavan joining forces with Yair Lapid to which Weizmann says “You can never say never in politics.” During the last three elections Kahol Lavan managed to be the recipient of the protest vote, but Weizmann says they will not receive the protest vote in the next election. Recently, Ron Huldai, Mayor of Tel Aviv, announced that if there were elections in November 2021, he would form a new party and Weizmann says a new party may turn the tide.

“This party may be the recipient of the protest vote and if such a party takes between 8 and 12 seats in the Knesset they may become the king maker,” Weizmann says. “They may be the balance to decide who will become the next Prime Minister and my guess is if that happens, they may not decide on Mr. Netanyahu.” 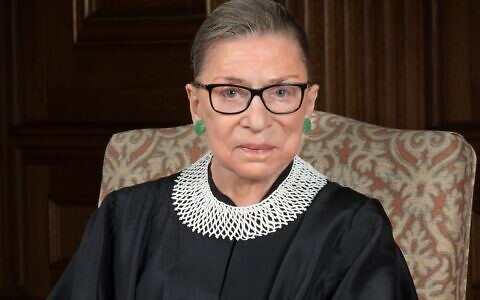 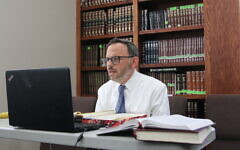 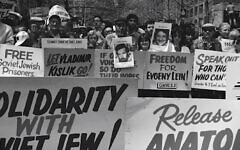 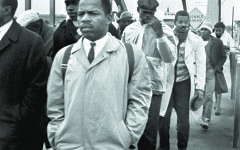 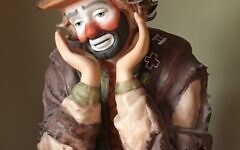 Bring in the Clowns!
Chana Shapirq 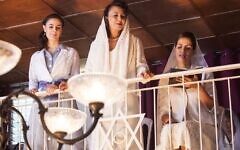