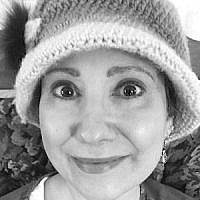 The Blogs
Jessica Savitt
Apply for a Blog
Advertisement
Please note that the posts on The Blogs are contributed by third parties. The opinions, facts and any media content in them are presented solely by the authors, and neither The Times of Israel nor its partners assume any responsibility for them. Please contact us in case of abuse. In case of abuse,
Report this post.

At the risk of sounding fatalist, I do not believe there is a viable future for American Jews.  Let me explain, because I’m an American Jew, and far be it from me to preach doom and gloom to my fellow American Jews.  I’m no prophet, but I’m familiar with the prophecies of the likes of Yeshayahu, Yirmiyahu, and to a lesser degree, Yechezkel.  I’m a product of the American yeshiva day school system, hence my education in Tanach and Jewish history are adequate, but not comprehensive.  I’ve spent years teaching in both the American yeshiva day school system and in Reform temples’ Talmud Torah programs.  So here’s my take on the future:

American Jews are in danger of annihilation, not because of anti-Semitism, although that is on the rise here, but because of assimilation.  Sure, sure, this is true for non-Orthodox Jews, but really?  How can I purport that Orthodox Jews are in danger of assimilation?  Well, I’m an Orthodox, American Jew who sees her own children and students inundated by American culture daily.  What’s the harm in watching baseball and football or listening to rock or hip-hop or rap music all day?  What’s the harm in watching T.V. or the movies or playing Candy Crush or HQ on a smart phone?  What’s the harm in making money, living a comfortable, or even posh lifestyle with all the bells and whistles technology and modern life have to offer?  The harm is that these things distract us Jews from our stated purpose in being here in this world: To serve G-d and learn/practice His Torah.

It’s not so much that these distractions are harmful to us physically or mentally–although research does show that watching violent or sexually explicit T.V. shows or movies can have a deleterious effect on one’s sensitivity towards others–but spiritually?  Well, that is where we American Jews are in danger of being unilaterally wiped out.  Today’s yeshiva day schools are not adequately or effectively preparing our youngsters to deal with the daily onslaught of materialistic and just plain entertaining distractions out in our society. Neither, unfortunately, are we parents.  My children and my students do not necessarily see the harm in rushing through minyan in the morning in order to be on time for the early showing of Solo or The Avengers or whatever other blockbuster hit is in the theaters.  They have no problem spending hours playing on X-Boxes or Wiis or Playstations or watching hours of T.V. or studying for a gemara test while listening to Eminem sing about his messed up background, drugs, and alcohol abuse.  After all, doesn’t modern Orthodox mean that Jews get to balance their lives between the temptations of the modern world and the demands of Torah-observant Judaism?

As Jews, no matter where we are, we straddle the line between the physical and the spiritual world. However, if we are clear on our purpose for being here in this world, we also know that Torah and G-d must be our priorities.  Learning Torah and keeping its statutes should be our goals, rather than sideline activities of rather less appeal than hanging out with friends at the mall or playing Grand Theft Auto.  Our problem is that we don’t always see our lives as Jews as being one and the same as our “real lives,” in which we are required to earn a living and, according to American culture, keep up with the Joneses.  Our problem is also that American culture is inherently at war with Jewish philosophy, which teaches us that we are rich if we are satisfied with what we have and that we are valuable because of how we help others and not because of who we are ourselves.  How can we be satisfied with what we have when American culture and society is built on the advertising industry and capitalism, both of whose missions it is to make us always feel as if we need newer, better, bigger, or more expensive things.  How can we serve G-d from love and appreciation when we are always being made to feel that what we have ISN’T good enough, and we are pressured to wear the newest fashions, attend social and cultural events, buy the fanciest cars, and go on expensive family vacations.  For all that we American Jews make an effort to maintain our connection to Judaism, we don’t really LIVE Judaism in America.

Recall that 80% of the Jewish slaves in Egypt didn’t want to leave.  They no longer identified with being Jews.  They were scared and loath to leave their homes, even though they were slaves. How much more easily will that historical statistic be repeated among American Jews when we are called upon to leave our comfortable homes, our cars, and our Superbowl parties to move to Israel and live a life of true Judaism?  Yet, that time is now.  The prophecies are being fulfilled; no one can deny that.  G-d has given us Israel, Jerusalem, and the strength and wisdom to deal with our enemies.  Who will heed the call and choose Judaism over the American lifestyle with all of its material comforts and meaningless distractions?  And who will disappear among the masses in America?

About the Author
Jessica Savitt is a member of the Orthodox Jewish community in Elizabeth, NJ. She is a secular studies teacher in a Jewish high school and has been so for the last 18 years. She teaches English, biology, or chemistry, depending on the needs of the school and the year. She is also a cancer survivor who has learned what is truly important in life, as well as the value of time. She has wanted to make aliyah since she was a teenager, and is still in the process of making plans to finally come, but I also know how many difficulties there are that prevent an American Jew from taking that step to come to Israel. Her brother and many other family members already live in Israel, and she has hosted shlichim many times here. We make it a point to host as many Israelis as possible. She has many friends in Israel, and her son is currently completing his high school studies in the Naaleh program at Sha'alvim. She tries to travel to Israel at least once a year, as finances permit. While she is an American Jew by birth, Jessica's home has always been Israel.
Related Topics
Related Posts
Comments