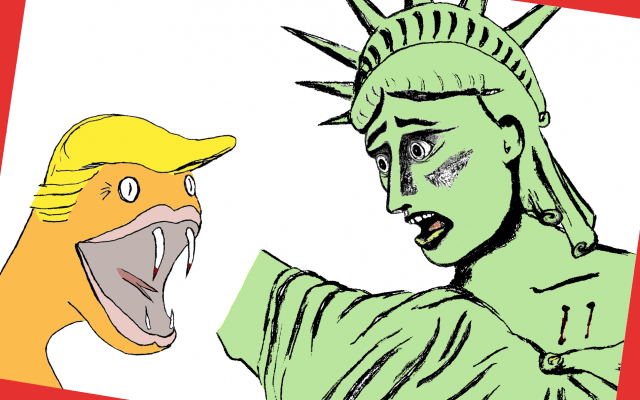 This past week, the Trump administration added rules for legal immigrants that would deny citizenship to the poorest, and a truck rammed into a line of Jews who were protesting immigration policy and the detention centers.

The rules change doesn’t seem comparable to people dying at the border, even though Trump official Cucinelli tacitly admitted that the new rules would nullify Emma Lazarus’s words in the Statue of Liberty: “Give me your tired, your poor…” What this can mean more precisely, however, is that poor immigrants will be too scared to seek public assistance, since that would jeopardize their naturalization.

This fits nicely into the greater narrative on immigration being woven by Trump and the designer of his worst immigration policies, Stephen Miller. That narrative is quite simple: we don’t care if you die. 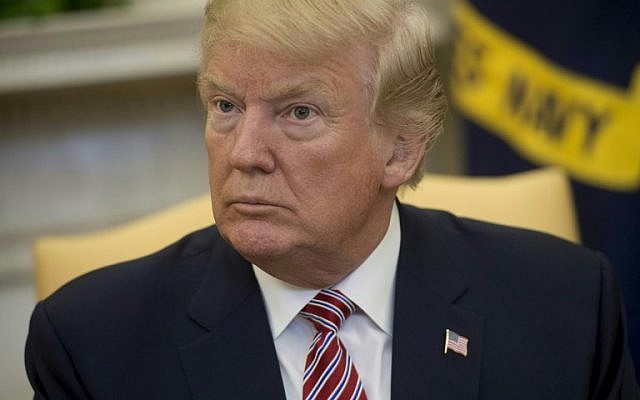 In the midst of so much uncaring, how often do you recall when our president was a candidate, gleefully imagining he could get away with shooting someone in the middle of 5th Avenue? “I wouldn’t lose any voters!” Trump bragged.

By now, there’s been so much water under the bridge, so many offenses against basic human decency—and so little consequence for those offenses—that I rarely dwelled on his fantasy life as a murderer, but I feel compelled to return to it now.

It’s long past time we reckon with that fantasy, and how it undergirds what’s happening to real people. That includes the death of children in ICE or Border Patrol custody, who get our keenest attention: Mariee Juarez. Felipe Gomez Alonzo. Carlos Gregorio Hernandez Vasquez. Jakelin Caal Maquin. But over two dozen adults have also died. And this is not counting the death of people like Adrián Luna. After 27 years in the US, Adrián was deported, leaving behind his wife and children in Idaho Falls. As reported last year, Adrián was desperate enough to get home to his children that he tried to cross the desert, where his decayed body was eventually found.

People on the right know just as well as the rest of us that some parents who are deported will risk their lives to get back to their children. Anyone who intentionally puts a parent in that situation, who fantasizes about deterrence and getting tough on immigrants in that way, is culpable when someone like Adrián dies.

This isn’t just a lack of caring. If you recall, at his campaign rallies Trump loved to recite the lyrics to a song called “The Snake” — another fantasy — about a snake who, having been saved by a soft-hearted woman, bites her. She protests, “Now I’m gonna die,” but the snake rebukes her. “‘Oh shut up, silly woman,’ said the reptile with a grin, ‘You knew damn well I was a snake before you took me in.’”

To Trump and his followers, the snake is the immigrant, and the song is more than a rejection of the words on the Statue of Liberty. We know from history that describing a distinct group within society as the enemy as “snakes,” or as an “infestation” and “invasion,” as he has also done, is the language of fascism. So many people who throng his rallies love this exaggerated rhetoric. But exaggeration and fantasy often show us the outlines of our desires, especially forbidden ones. And they have consequences. 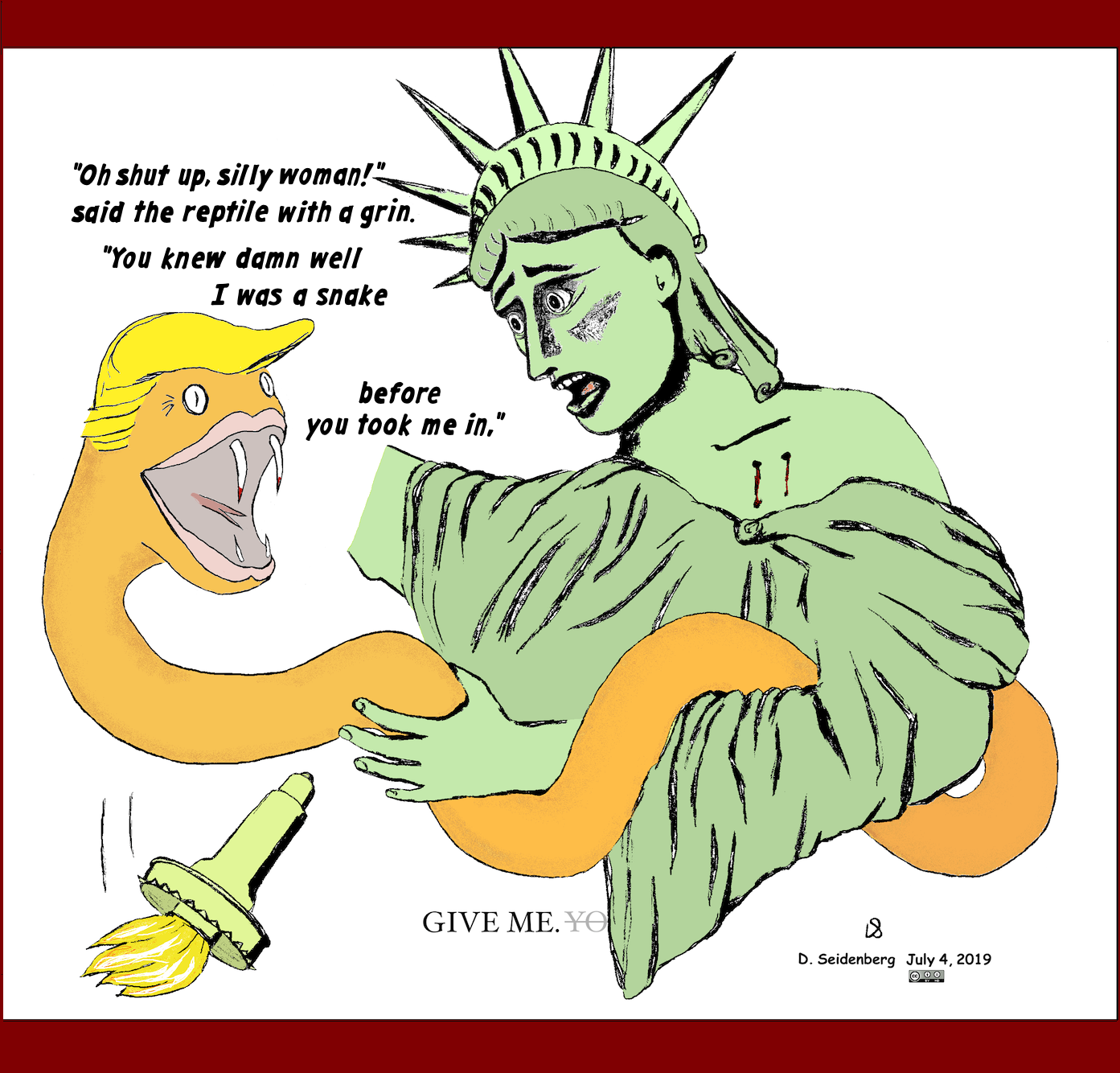 Everyone “knows” that you treat an infestation with extermination, and an invasion with war. But even after the mass shooter of 22 people in El Paso used the term invasion, this president is not repudiating these analogies. Nor does anyone imagine he will refrain from describing black cities and African countries as “infested.”

The line leading from calling people from Mexico and Central America snakes, to treating asylum-seekers as criminals, is direct. Forcing people to live in detention centers like animals in cages is exactly what we would expect, based on what happened in concentration camps in other times and places. But the line that leads from mistreating people as vermin to the massacre in El Paso is almost as direct. Both depredations are a kind of wish-fulfillment for Trump and many of his supporters, even when they are horrified by the violence. That’s because a nightmare can be a kind wish-fulfillment as much as any other dream.

Similarly, some commentators and politicians lamented the deaths of children who had crossed the border, while also saying the tragedy would teach would-be immigrants a lesson, “Don’t come to America.” The lesson to learn should be: don’t put children in concentration camps. By drawing the lesson they chose, they were also embracing those deaths — even though they embraced them regretfully, using words like “tragic” and “sorrowful.” A glint of Trump’s murder fantasy can be heard in their sorrow. No one with a conscience or a heart should ever forget that.

In comparison, it seems so much milder to tell legal immigrants that they can’t become American citizens if they receive support from the social welfare system. But when people don’t get the medical care or food assistance they need, that can also kill them.

It seems unlikely that someone who embraces a policy of making the border crossing more dangerous would be concerned with a little more sickness among poor legal immigrants, given that they are already prepared for children to die for the sake of deterrence.

We should never forget how Trump’s rhetoric was also connected to deadly attacks on Jewish communities. If people plant poisonous snakes in your neighborhood, your home, your bed, they threaten your lives as much as the snakes do. Last fall, the white supremacist who heard about National Refugee Shabbat drew that logical conclusion before he killed 11 Jews at Tree of Life synagogue in Pittsburgh. This week a detention center officer rammed a truck into a line of Jews protesting to #CloseTheCamps.

You may also recall the president’s response to the murders. “If they had an armed guard inside,” he said, “they may have been able to stop him immediately, maybe there would have been nobody killed, except for him.”

People scolded Trump for blaming the victims. But is it not clear that even in this case, Trump is still fantasizing about killing, rather than thinking about ways to stop the spread of white supremacist ideas?

I can’t imagine why anyone would desire the power to kill with impunity, but that’s the kind of power Trump fantasizes about. If he says so again and again, shouldn’t we believe him?

Life and death are in the tongue. Trump tests that power every single day. Given a choice between human lives and his fantasy life, what Trump cherishes most is to feed his fantasy.

We can’t say Trump didn’t warn us. The end of the lyric about the snake couldn’t be clearer. The “silly woman” who is killed by the snake stands for liberals in the minds of Trump and his followers. Her death is yet another facet of Trump’s murder fantasy. It doesn’t matter to this president whether his policies lead to people dying in the desert, or his words give motivation to a gunman. “No lives matter” could be his slogan. And it seems that no amount of death will be enough for him to change his rhetoric.

As he sees others, so should we see him. As the lyric he so loves goes, “You knew damn well I was a snake before you took me in.”