The Israeli star of the XXX Para-Olympic London games was Noam Gershony. Noam features in the fantastic new book, “Isresilience: What Israelis Can Teach the World,” (Gefen, 2020) co-written by Dr. Naomi Baum and Michael Dickson.   The nation cried collective tears of emotion and pride following his odyssey which stretched from being pulled from the wreck of his Apache helicopter during the Second Lebanon War all the way to ascending the Olympic medal podium to receive the coveted gold medal for our country and himself. From paralysis to world-class athlete after six years of grueling rehabilitation fueled by grit and determination, together with tremendous support and love from friends and family. A visibly emotional Gershony teared up during the medals ceremony.  He summed up the feelings of a nation when he said:

I’m on top of the world, hearing Hatikvah play and seeing the Israeli flag fly high. I can’t describe this feeling. 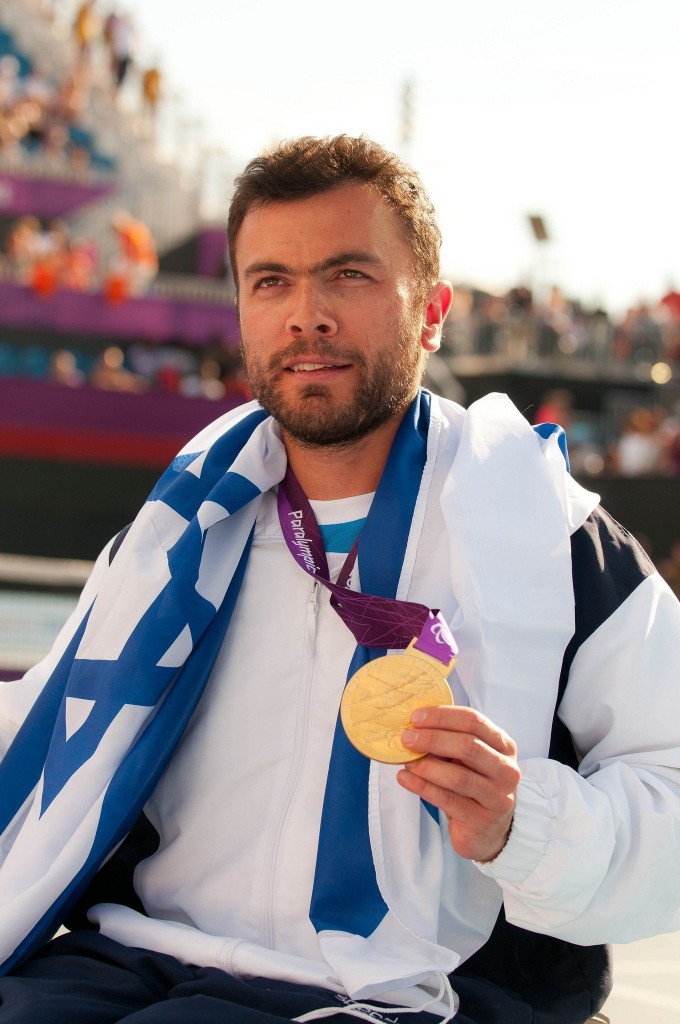 Our Para-Olympic heroes, some of whom were wounded in the defense of our homeland, and some of whom were born with disabilities, all rise above them to prove that they can go further than those born without disabilities. These special men and women who overcome war injuries and physical disabilities, fight to recover and overcome and go on to achieve great results for themselves and our nation are an inspiration to us all.    In this difficult Covid era, when it is so easy to feel down and depressed, we can learn so much from Noam and these sporting role models. These courageous individuals teach us all not to wallow in self-pity and that, “If there is a will, there is a way.” Noam advises that,

On a daily basis find the thing that will remind you of how good your life is. Turn everything that happens to you into a positive.

Dr. Tuvia Book is the author of “For the Sake of Zion, A Curriculum of Israel Education” (Koren, 2017).   His forthcoming book on the Second Temple Period,  will be published by Koren later this year.  He also is a  Ministry of Tourism licensed Tour Guide, Jewish educator and a Judaica artist.  www.tuviabook.com