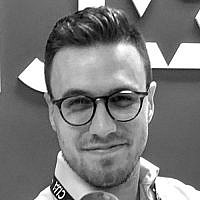 The Blogs
Peter Subissati
Apply for a Blog
Please note that the posts on The Blogs are contributed by third parties. The opinions, facts and any media content in them are presented solely by the authors, and neither The Times of Israel nor its partners assume any responsibility for them. Please contact us in case of abuse. In case of abuse,
Report this post. 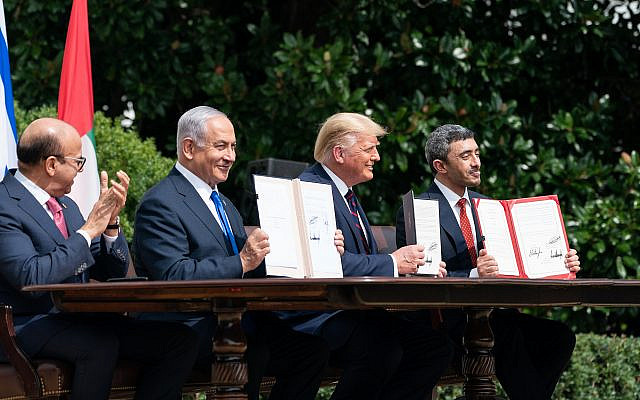 A startling number of people, including some in Canadian media outlets, have weighed in on the Abraham Accords by vilifying the United Arab Emirates (UAE) and Bahrain, and going as far as portraying them as traitors to the Palestinian cause. Why? For pursuing normalized relations with Israel.

That antiquated logic is tired and being tested with every passing day by the many Arab states who no longer see Israel as the root of every ill in the region.

For decades, Arab states exploited the Palestinians to satisfy their own domestic and regional interests. Beholden to the infamous Khartoum Declaration, Arab states pledged that there should be no peace, no recognition, and no negotiations with Israel.  That grandstanding endured until two states at the very core of the conflict – Egypt and Jordan – signed peace treaties with Israel.

The events of the past month have done more to further the Mideast peace process than any other attempts to do so in recent memory.

We remember how the hope that followed the Oslo Peace Accords evaporated when Palestinian leadership cynically walked away from the peace table to pursue an Intifada, lethal for so many innocents on both sides. Little has changed. All attempts at peace continue to be met with a firm no from Palestinian leadership.

Ironically, it is those same Arab states that once revved up Palestinian nationalism to suit their own needs who are now prodded by an Iranian-backed Palestinian leadership, hellbent on thwarting normalization with Israel.

Seven decades of conflict and rejectionism have led nowhere: Israel is not going anywhere; Palestinians living outside Israel remain stateless; and Iranian influence, through their proxies, continues to destabilize the region and sabotage the peace process.

Thankfully, the tide is changing.

For years, normalization between Israel and the Arab states could only be achieved upon the conclusion of a Palestinian-Israeli peace treaty. Now, after decades of following lockstep with Palestinian leadership, other Arab leaders have had enough.

The diplomatic breakthroughs of the past month are positive, even historic, and they are just the beginning. Last year, dozens of influential academics from 15 Arab countries met in London to establish the Arab Council for Regional Integration, where they decried Israel boycotts as having “hindered partnership in technology, medicine, infrastructure, business, economy, and the expanse of human aspiration.” Their founding statement further blasted the boycotts for having “stymied hopes for peace between the Israeli and Palestinian peoples,” and preventing Arabs from cultivating ties that could have enabled them to “foster conciliation and compromise on both sides.”

To understand the shifting sands in the region, one need only look to the Arab street. Whereas past utterances of “Israel” by any Arab head of state led to unrest, and even rioting, the latest diplomatic overtures toward Israel were greeted with silence and indifference. The single significant protest – a barrage of missiles aimed at Israeli civilians at the very moment of the signing of the Emirati and Bahraini agreements – came from Gaza.

The future augurs well for regional peace and, after this week’s momentous signing of two agreements, more Arab states have signalled their willingness to sign their own diplomatic agreements with Israel. Now that two more Arab states have “broken the psychological barrier,” as UAE Minister of State for Foreign Affairs Anwar Gargash stated, Canada and other Western nations must encourage all those seeking an end to the Arab-Israeli conflict.

As for the Palestinian issue, polls show that a large majority of Israelis remain hopeful for a two-state solution. After years on the sidelines, the ball is now in the Palestinians’ court. They can continue to reject all peace initiatives but, ultimately, as Emirati Assistant Minister for Cultural and Public Diplomacy, Omar Saif Ghobash so aptly put it, the Palestinians also “need to want to help themselves.”

About the Author
Peter Subissati is Associate Director, Communications at the Centre for Israel and Jewish Affairs (CIJA), the advocacy agent of Canada's Jewish Federations. Based in Montréal, he formerly served as Israel's Alternate Representative to the International Civil Aviation Organization (ICAO) and as Director of Political and Public Affairs at the Consulate General of Israel to Québec and Atlantic Canada.
Related Topics
Related Posts
Comments