The Blogs
Steve Kramer
Apply for a Blog
Please note that the posts on The Blogs are contributed by third parties. The opinions, facts and any media content in them are presented solely by the authors, and neither The Times of Israel nor its partners assume any responsibility for them. Please contact us in case of abuse. In case of abuse,
Report this post. 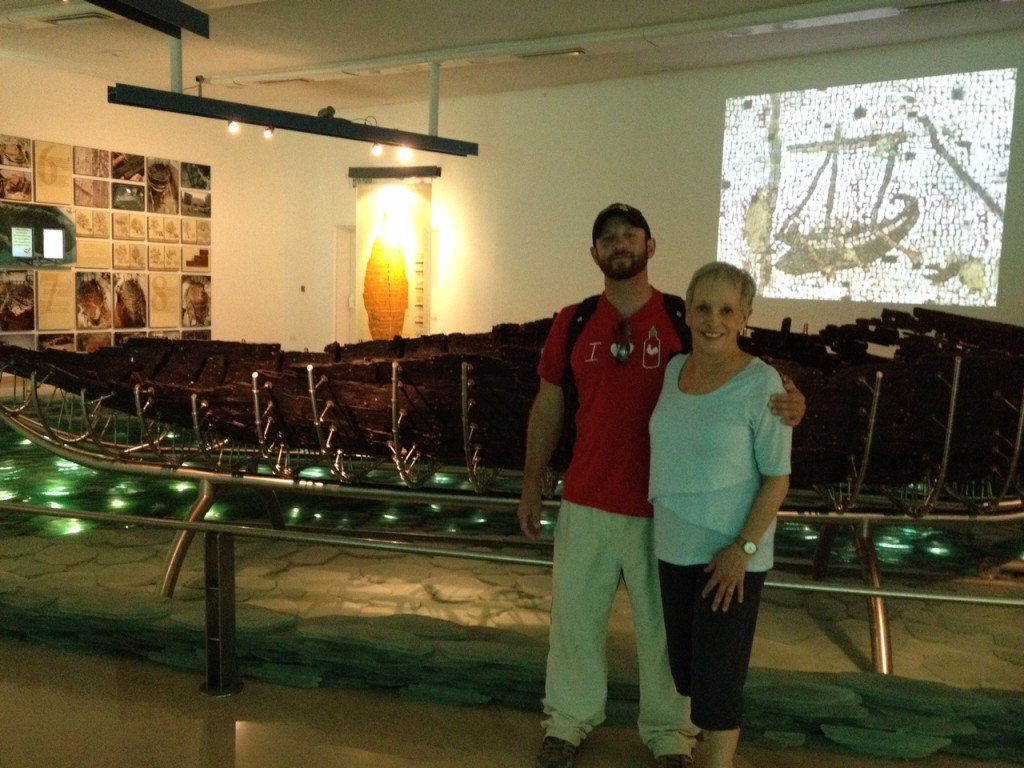 When our older son, Moshe, recently visited Israel, we took advantage of the weather and his experience (he’s an adventure tour leader) to go kayaking. While Israel’s Mediterranean coastline and the Red Sea resort Eilat both provide Israelis with plenty of water sports, the country has a dearth of rivers and lakes. The Dead Sea and the Sea of Galilee aren’t seas at all, merely middling sized lakes; there are no other. Israel’s rivers are mostly just streams, except after the infrequent heavy rain storms. There are also numerous wadis, or river beds, which only have water after one of the aforementioned heavy rains.

We decided to go north of Lake Kinneret (aka Sea of Galilee) to enjoy kayaking on the Hatzbani River, one of the tributaries leading to the Jordan River. We chose the facility at Kibbutz Kfar Blum, which has probably the greatest variety of outdoor adventures available in Israel’s north. The day we chose was perhaps the hottest so far of 2015, but Kfar Blum was packed with busloads of Israeli school kids, mostly Israeli-Arab teenagers. There were also busloads of young soldiers who were being treated to a day of recreation during their training period.

We couldn’t rent a kayak to navigate through the Hatzbani/Jordan rivers because they fit just two people. Instead, we paid a relatively modest charge for an inflatable raft for the three of us. We were taken by bus upriver to the start of our approximately 2.5 hour course. While no one would say that we encountered rapids, we did thoroughly enjoy the ride. The current wasn’t particular swift, encouraging us to use our paddles to make our way in certain sections.

All along the route we encountered the frolicking kids, who often jumped out of their boats to enjoy the very cold water. There were also lots of mostly older folk who were lounging or picnicking along the banks, sometimes accompanied by music. All and all, everyone was loudly enjoying himself, including us, although we were hardly as raucous as the kids.

After we finished our water adventure, we headed straight for Vered haGalil, a hotel where we have previously stayed. The hotel bills itself as a Guest Farm and it is well known for its cabins, beautiful views of the Kinneret, spa treatments, and horseback riding. We were mostly interested in our rustic cabin, which easily fit the three of us, and the outstanding Tibi Restaurant, which is on the premises.

Born in Safed, Chef Chaim Tibi, has had plenty of experience working in Galilee restaurants, where he brought his use of fresh and healthy local Galilee raw ingredients and an emphasis on high quality meats, as well as vegan specialties. Chef Tibi participates in cooking programs worldwide and each year hosts well-known chefs for collaborative meals and culinary expeditions. We had a great dinner at the restaurant, which shares the same rustic decor as the cabins.

After a wonderful Israeli breakfast and a refreshing swim, we headed towards nearby Kibbutz Ginosaur, located on Lake Kinneret. The kibbutz is near the site of Magdala, a major first-century port. The historian Josephus Flavius (a former Judean general) reported that the Roman general Vespasian defeated the Judeans there in a disastrous naval battle in the year 67 CE. Vespasian was declared Emperor of Rome just two years later.

Our goal was to see the ancient Galilee boat, also known as the “Jesus boat” because of its provenance, which dates back 2,000 years to the beginning of the Common Era. It’s a fascinating story, from its uncovering when the lake was suffering from drought, to the public’s involvement and excitement in the spectacular find, to the technical aspects of preserving the ancient, waterlogged wood. We weren’t disappointed!

At the edge of the Kinneret sits the Yigal Allon Museum, which represents the spiritual, cultural and political heritage of the late, eponymous Israeli statesman and military commander.

An educational museum, it presents visitors with the story of how the Jewish people met the challenges involved in returning to the land of their forefathers – the Zionist settlement movement, the development of a Jewish defense force, the roots and creation of a new culture, the dilemmas faced and the struggle for a high-quality life together of Jews, Christians and Moslems.

The museum is responsible for the preservation and display of the ancient boat, known as the Jesus Boat, which sailed the Sea of Galilee in the 1st century CE, at the time of Jesus – a unique archeological finding. It is a medium-sized fishing boat, a symbol of the dramatic time and an inspiration for all who see it.

The boat is made of wood. Its preservation in the fresh water lake for so many centuries represented a sort of “archeological miracle,” as well as a challenge – to ensure its preservation for the future generations. The exhibition space is equipped with a sophisticated climate-control system that ensures optimal environmental conditions for conservation of the boat.

A short film educates visitors to the excitement and meaning which surrounded the discovery of this incredible archeological find. In addition to an art gallery, which presents revolving exhibitions of contemporary art, there is a wonderful collection of archival photos of modern Israeli history.

We returned home via Israel’s excellent road system, much of which has sprung up in the last decade. As usual, we stopped for coffee, this time in Yokneam Illit, a city with over 100 high-tech companies and exports in the billions of US dollars annually, founded only in 1950. It had been another wonderful excursion in the Land of Israel!