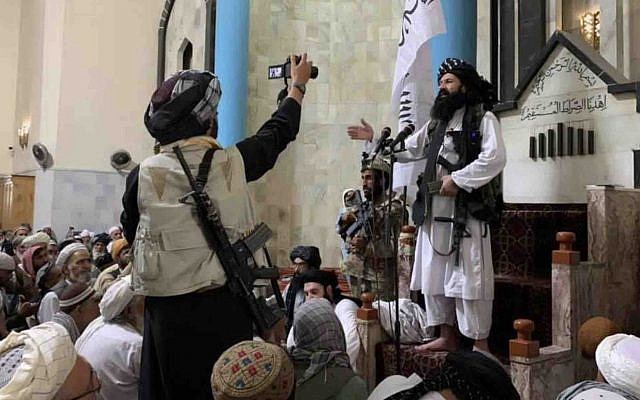 Seizing power may have been an easier task for Taliban as it faces a bigger challenge in consolidation of power. While the Taliban has been trying to consolidate hold over power, its internal cohesion is under stress. Inter-faction rivalry is undermining Kabul’s influence over northern provinces of Afghanistan. There are indications of widening differences between numerically superior Kandaharis (Loy Kandahar) and Pakistan-controlled Haqqani network who belong to the Loya Paktiya.

Mullah Baradar-led Kandahar group has expressed reservations regarding Interior Minister and leader of the Haqqani Network (HQN) Sirajuddin Haqqani’s conservative approach and overt pro-Pashtun stance. The difference could lead to depletion in Taliban ranks, particularly in provinces dominated by non-Pashtun ethnic groups.

Notwithstanding the fact that one of the factors behind the swift Taliban takeover of Afghanistan was its success in enrolling non-Pashtun cadres under its banner, thereby broadening its appeal beyond the majority Pashtun community, the Taliban are now facing a challenging situation in managing the aspirations of minority ethnic groups within their ranks. The scenario is growing particularly acute in northern provinces, which are dominated by non-Pashtun ethnic groups. In December last year, sporadic incidents of Tajik and Uzbek Taliban fighters attempting to disarm Pashtun cadres, while accusing them of having links with Da’esh (ISIS) were reported in the north.

In yet another incident highlighting simmering tensions among the Pashtun and non-Pashtun Taliban commanders/fighters, particularly in the northern provinces of Afghanistan, street protests erupted in Maimanah City of Faryab following the arrest of senior Uzbek Taliban Commander Makhdoom Alam Rabbani on January 13. The Uzbek Commander is known to have influence in Faryab, Jowzjan, Sar-e-Pul and Samangan provinces. The demonstrations quickly acquired ethnic overtones with protesters airing grievances over the dominance of Pashtuns in the Taliban regime.

The Taliban leadership, while explaining the ground for arrest, claimed that Makhdoom Alam was being investigated following intelligence inputs indicating his involvement in kidnappings and hiding a cache of arms and ammunition including more than 300 assault rifles and RPGs. Meanwhile, Sirajuddin Haqqani announced that Makhdoom Alam would not be released. Subsequent detention of Tajik Taliban Commander Qari Wakil on January 14 further complicated the situation, with Uzbek and Tajik Taliban fighters attempting to disarm the Pashtun fighters.

In order to bring the situation under control, the Taliban leadership dispatched reinforcements including armoured vehicles, Special Forces (‘Badri’ unit) and more than 300 men including suicide attackers from the ‘Mansoori’ Brigade. Although the regime has succeeded in containing the situation for the time being, the sense of betrayal amongst the non-Pashtun locals in the north remains palpable. Given the regime’s failure in establishing an inclusive government, the nascent resistance led by Ahmad Massoud could attempt to exploit emerging ethnic fissures in order to pose a credible challenge to Kabul.

The Taliban regime’s ability to effectively deal with the emerging situation in northern provinces remains questionable, given that they are yet to get past continuing intra-Pashtun power struggle. Albeit these fault lines are unlikely to impair the regime’s ability to govern in the short term, they could potentially become a source of fragmentation and instability in future for Afghanistan. Meanwhile the Taliban administration is busy globetrotting trying to get funds and assistance from the west. Will the Taliban survive the harsh Afghan winter as united group, is what remains to be seen.