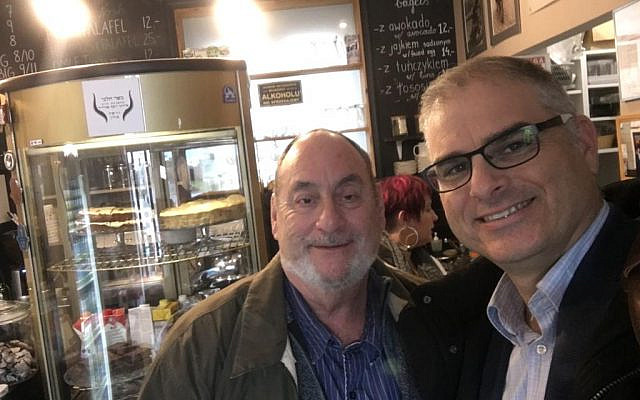 I met Gerald Vineberg a couple of years ago in Krakow at a Shabbat dinner. I asked him what brought him here and he responded that he is opening a kosher café in Tarnow. Tarnow? But there are no Jews in Tarnow, I responded. He smiled and said, there are, we will just have to find them. I couldn’t believe my ears. It was hard enough trying to have a kosher café in Krakow where there are at least a thousand Jews living and hundreds of thousands of Jewish tourists. How was he going to create a restaurant in Tarnow where no Jews live? To answer that question, you have to know Gerald Vineberg.

A native of Montreal, though living for some years in the Far East as well as the US, Gerald spent the main part of his career taking businesses which seemed doomed to failure and resurrecting them, turning them into successful enterprises. He was always up to the challenge, especially when the odds were against him. With his cheerful and calming demeanor, and always ready with a quip or anecdote, Gerald, though in his 70s, does not stop, keeps working and keeps an optimistic attitude to get the job done! 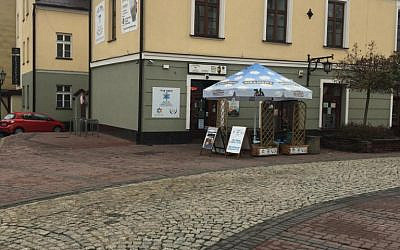 It is in this context that I met Gerald in his café, “The Nosh Kosher Café,” at Lwowska 2 in Tarnow. We started with a coffee, (his house coffee from Costa Rica is freshly roasted for him in Tarnow each week) and he offered me a taste of his delicious carrot cake to accompany — I couldn’t turn him down. And when he told me cinnamon buns just came out of the oven, well, it would be rude of me to say no…

While sipping my beverage, Gerry showed me around the restaurant and the “one stop shop” of all things Jewish. Prominently displayed was my book, which I wrote about my experiences as a rabbi in modern day Poland. He sells kosher wines, coffees, special teas, yahrtzeit candles, mugs, magnets, art, mezuzas from MiPolin, Judaica — all around the café walls. He also has a big freezer of Ben and Jerry’s ice cream for sale! 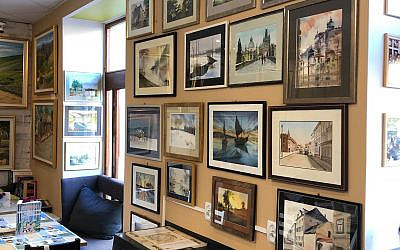 Gerry told me the genesis of this crazy journey; it all began with his wife Marcia (“the brains and the beauty of the operation!”). Marcia’s family goes back to Tarnow and Dąbrowa Tarnowska for generations and she always has a special place in her heart for these towns. Gerry and Marcia came to find a way to connect with Tarnow and perhaps memorialize her aunt Mina who was an artist and had a long remarkable life. Gerry thought to open a gallery and feature her art, thereby memorializing her and adding a Jewish presence once again to Tarnow.

While he was working on it and trying to figure out the details, he kept hearing that tourists would come to Tarnow more if they had an opportunity to eat kosher. At that moment, Gerry switched gears and pursued the unimaginable task of creating a successful kosher (hechsher by the chief rabbi of Poland, Rabbi Michael Schudrich) café in Tarnow, which would also feature and sell Mina Nath’s art. 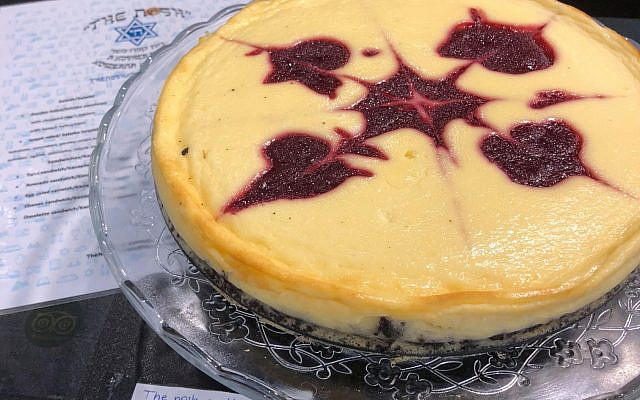 18 months later the café is up and running, and he takes pride in telling me that 50 percent of the clientele are local non-Jewish Poles. When the coffee is good and the cake divine (not to mention the Moroccan soup, delicious French fries, and an array of other delicacies), then locals will support the establishment and it will thrive. 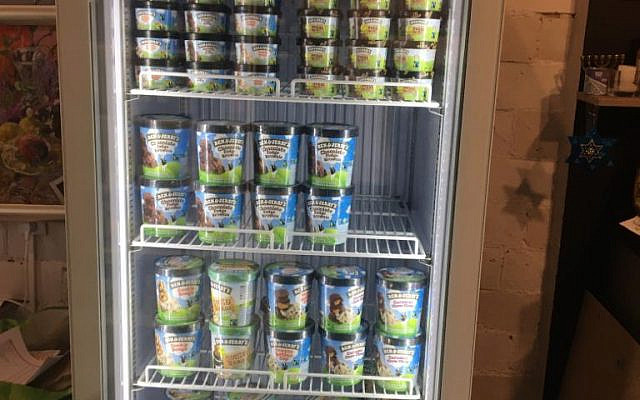 But another byproduct of Gerry’s success emerged. Tarnovian Poles who come to the café mention in passing that they have “some Jewish roots.” Slowly, Jewish Tarnovians are reappearing and are expressing interest in activities, classes, and of course yummy dinners at “The Nosh.” There is even talk of establishing a revived Jewish community in Tarnow, made up of local Tarnovians, as well as Gerry and other expats living in Tarnow and the surrounding area. 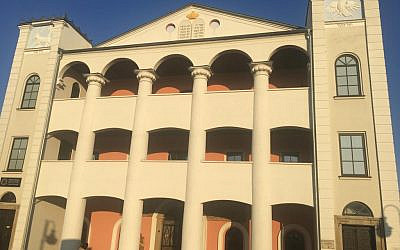 As if that wasn’t enough, Gerry, in his first year (!) expanded to a second location. A sister city, Dąbrowa Tarnowska was 80% Jewish before the war with a magnificent synagogue (built in 1863) right next to the city square. Almost completely destroyed during the Shoah, it was renovated by the city in 2008 and has returned to its former glory. In the basement of the synagogue sits Gerry at “The Nosh 2,” with soups, drinks, sandwiches, and, of course, more Ben and Jerry’s! Groups are starting to branch out to incredible sites all over Lower Poland, and Tarnow and Dąbrowa Tarnowska are two valuable additions to the itinerary. And if you can also get a kosher bagel and tuna, why not! 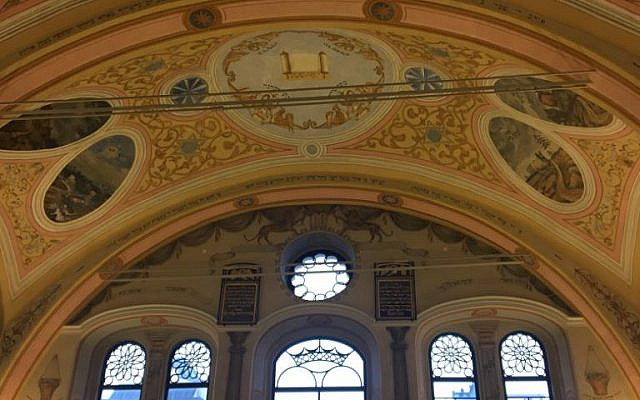 Gerry, at 71, has a 15-year plan (and perhaps a second one after that!). He intends on working together with Adam Bartosz and the Committee for the Protection of Jewish Heritage, supporting the cemetery project as well as continuing to build Jewish life in Tarnow. He wants to host Shabbat dinners and bring Tarnow Jews to Krakow’s JCC to experience Jewish life there. He invited me to come and give some classes to the community and I will. When Gerry calls, I will respond because I know that he means it and that he will get it done. 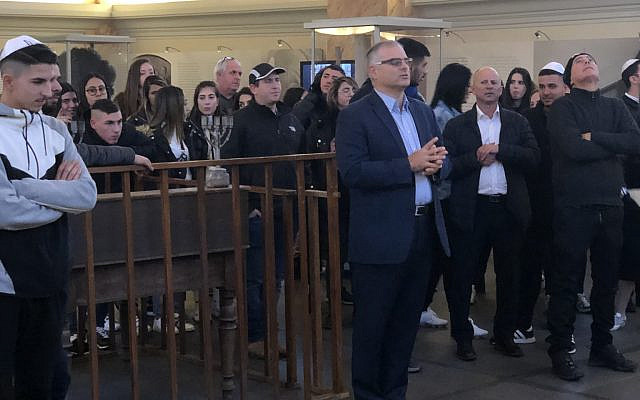 If you are organizing a tiyul to Poland, and are interested in expanding your horizons, make sure to give Gerry a call and book a meal or a meeting.