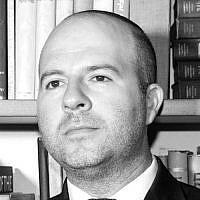 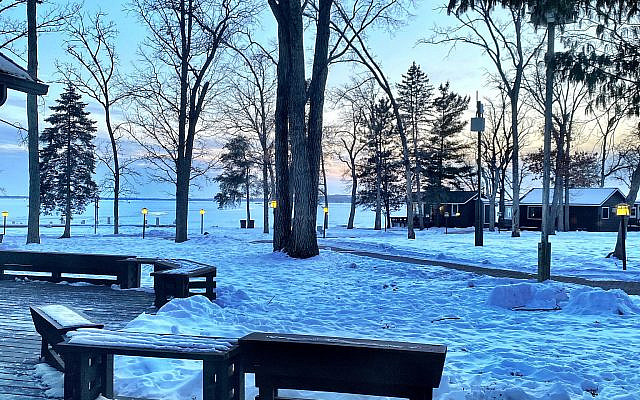 Frozen Up North in Minnesota

While watching a movie together, cuddling indoors up north during this subzero Minnesota winter, my son used the term nostalgic for the first time. I grinned considering the possibilities that my 11-year-old could be nostalgic. But indeed, he was—reflecting on a tv show they used to watch when they were younger, thinking about an easier time, pre-pandemic, perhaps.

Nostalgia is derived from the Greek nostos (return home) and algos (pain). He certainly was not longing to return home, physically. Nostalgia as we know it is a longing for a different period, but really, based on this etymology, it seems to be a temporal homesickness. We long for a different era because of how it felt like “home.” As we enter the Hebrew month of Adar – the month when our happiness increases – I’m struck by the juxtaposition of these sentiments: the pull of longing balanced with the surge of joy.

During this Hebrew Month we tell the story of our Biblical ancestors in Persia, how they were persecuted and survived. Through the cunning of Queen Esther (and hidden Divine Providence) the Jews were saved. A key verse in the Book of Esther reflects on the overwhelming feeling of happiness for the Jewish people throughout the land: layehudim haytah orah v’simchah v’sasson vikar – for the Jews there was light and happiness and gladness and honor. My children who have experienced bomb threats at their Jewish Day School, who have panicked at the sight of neo-Nazis on television—such is the time they long for. They are looking ahead, though, not behind.

Still, we sometimes forget the next verse in the Book of Esther: “And in every province, and in every city, wherever the king’s commandment and his decree came, the Jews had gladness and joy, a feast and a good day. And many from among the peoples of the land became Jews; for the fear of the Jews was fallen upon them.” The power got to our heads. The Jews then attacked all of their persecutors—it wasn’t just Haman and his sons—“the Jews struck down all their enemies with the sword, killing and destroying them, and they did what they pleased to those who hated them.” This was the tragedy within the story—and the part of the story we often neglect to teach our children.

Such violence is not central to our nostalgia. In fact, it is an anathema and quite contrary to our longing. We may long for that peace, that light, that happiness, but not the violent conquest afterwards. And in our longing, there is room for tikkun, for a repair and a do-over, focusing on today and doing better, being better.

Each Saturday night we recite Havdalah to close Shabbat and begin the new week. This ceremony is predicated on juxtaposition—light and dark, a braided candle, extinguishing the flame in the wine, the feelings of pain and happiness. Embedded in that ceremony’s powerful liturgy is that same verse from the Book of Esther—except we add ken tihiyeh lanu (so may it be for us) at the end. Each Saturday night Jews all the world over pray that once again we should have light and joy. We should once again feel safe and saved. We should once again be able to gather with family and friends—not in positions of power or influence, but in positions free from anxiety and concern. We should once again be satisfied with our salvation and not take it to the wrong next step.

My children have their nostalgia—but they also have their hopes. And I have my nostalgia and my hopes, too. My hope – really, my prayer – is for a world where we will be happy in the here and now, never hoping for a better tomorrow or longing for yesterday. We will sit and be calmed by each other’s presence as if Shabbat were every day.