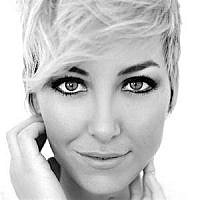 The Blogs
Sara Renee Miller
Apply for a Blog
Advertisement
Please note that the posts on The Blogs are contributed by third parties. The opinions, facts and any media content in them are presented solely by the authors, and neither The Times of Israel nor its partners assume any responsibility for them. Please contact us in case of abuse. In case of abuse,
Report this post.

Coming your way: hate-filled rallies across the nation, dubbed the ‘Great March of Return,’ a brazen anti-Israel, misinformation campaign emulating the current Gaza border-protests, led by Palestinian Youth Movement (PYM), Students for Justice in Palestine (SJP), and others.

San Diego saw the rally’s launch event this past Saturday, April 14th, at Balboa Park, a time when many Jews aren’t available to offer a counter-perspective as they honor the tradition of Shabbat, the day of rest in Jewish tradition.  Furthermore, the famous park is the perfect place to spread propaganda to countless, unsuspecting tourists more interested in soaking up the sun and taking in the sights than listening to angry protestors shout “5,6,7,8…smash the Israel Zionist state.”

Alas, no such luck for these peaceful park visitors. Spectators were subjected to signs that read “Israel is a terrorist state”, “Israel killing journalists in Gaza to hide war crimes”, “Israel is built on stolen land – we will return!” and on and on the accusations were blasted from the megaphone.

Jubilant protestors adorned in checkered keffiyehs, ‘Resist Now’ shirts, and ‘Free Palestine’ bracelets smiled proudly at curious onlookers. There is little doubt that some, if not most, of these demonstrators were well-intentioned and simply craved the euphoria of being involved in an important social justice cause, but it is my view that if a majority were selected at random to explain what and why they were protesting, they wouldn’t be equipped with the knowledge or facts to make their case. They were acting out of ignorance rather than hate. This is no accident – anti-Israel extremists use deceptive human rights rhetoric to manipulate people who believe in progressive values. As such, it is crucial for those who support Israel and peace to make our voices heard even louder.

Although the rally was poorly attended (in fact, the corgi dog march across the way had more attendees), the false claims of the protesters falling on ears unaware of the Israeli-Palestinian conflict could prove to be disastrous in the long-run. As the saying goes, “if you tell a lie loudly enough and often enough, it will eventually become the truth.” And that’s why these small, but increasingly more frequent demonstrations are a major concern for anyone who supports the only Jewish state in the world.

The aim of the national campaign, set to occur in cities nationwide, has two goals: first, to make the case that Palestinians are “taking back their land” from Israelis, and second, to stand in solidarity with the Gaza border protests and violent riots. The sponsor’s Facebook page has described their actions as “calling our community and allies to take action and launch demonstrations, just as the righteous resisters in Gaza have declared.”

*Israel left Gaza in 2005 in a painful evacuation of Jewish residents. Hamas took over the territory, and escalated rocket attacks against Israeli civilians instead of focusing on creating a better future for their people.

*Hamas is the government of Gaza and the ringleader of the border riots. They are a designated international terror group according to the US, EU, Canada, and others.

*Hamas is using human shields on the front lines of the protests, including a 7 year-old girl among others, while its actual high-ranking leaders stay out of harm’s way, sit back in their plush quarters, keeping their people impoverished and bargaining away their lives.

*Hamas is burning thousands of tires to create smoke screens, so terrorists can carry out attacks against the IDF. This is creating an environmental disaster in which toxic pollutants have been released in the air.

*Hamas is using mirrors to blind IDF soldiers from detecting and targeting terrorists.

*Hamas pays monthly salaries to Palestinian criminals in Israeli jails and provides monetary rewards to families whose sons and daughters died engaging in terrorism. This is a financial reward for racist violence. The reward for a martyr on the front lines is $3,000 (passed on to family members) or between $200-$500, depending on the injury. This is not only a culture of death, it’s a business.

*Instead of building hospitals and schools to benefit their people, Hamas diverts international aid and uses it for terror tunnels and other military infrastructure.

Imagine a scenario in which 30-40,000 zealots run up against Israel’s border with Gaza, which is protected by just a thin fence. This can be easily overrun, and give cover for terrorists to infiltrate Israeli communities that sit only hundreds of meters away. This threat is what motivates Israel’s actions on the border. Every country has the right to protect itself.

According to Barack Obama and many others, the “right of return” demanded by the Gaza March would, “extinguish Israel as a Jewish state…” The goal of this action is not to free Palestinians, but to deny Jews the right to self-determination in their homeland.

I urge Jews, Christians, Israel supporters and all people of conscience to be a counter voice at the ‘Great March of Return’ rallies coming near you. Let’s fight back misinformation with our presence, our kindness, our knowledge of the issues and our compassion for the misinformed and the victims on both sides of the conflict. It can, will and must be done to ultimately preserve our chances for peace and change in the region.

About the Author
Sara is the Executive Director for StandWithUs in San Diego. She holds an MA in Islamic Studies from the Hebrew University in Jerusalem at the Rothberg Institute. She and her husband, Mark, enjoy traveling, hiking, politics and discovering new eateries.
Related Topics
Related Posts
Comments