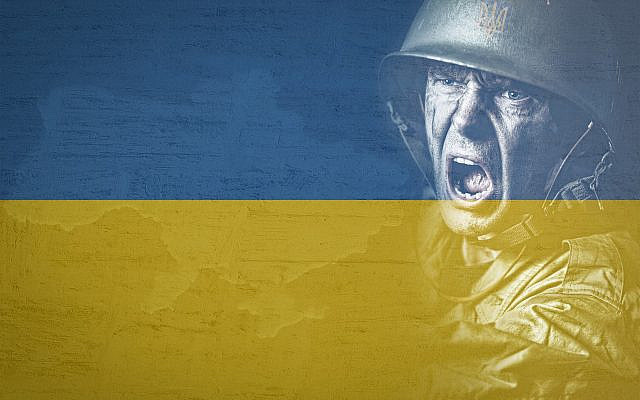 The world has rightly been horrified by Putin’s unabashed invasion of Ukraine. The condemnation has been near-universal – the UN General Assembly Resolution condemned Russia, the Westhas provided unprecedented military aid to Ukraine and is levying punishing economic sanctions against Russian entities, banks, and assets. Businesses have taken action, with many companies from Starbucks to Goldman Sachs pulling their operations in Russia. The surprising level of response against Putin’s actions represents a clear moral outrage and the need to draw a line in the sand and say – this is fundamentally wrong.

The images out of Ukraine, including the bombing of a children’s hospital in Mariupol and evidence of war crimes in Bucha and other towns – instill in me the same feelings of rage and disgust. As an Israeli who has experienced war I am no stranger to such feelings – except that in those cases my country is usually on the receiving end of such raw emotions.

At the most basic emotional level, I have difficulty finding a fundamental qualitative difference between the passionate anger leveled at Russia and the intense furor that Israel regularly faces. I’m clearly not the only one struggling to find this distinction. Indeed, the comparisons between Israel and Russia as evil aggressors abound.

The reality is that the two cases could not be more different.

Russia and the West’s security dilemma aside, the bottom line is that Putin’s attack on Ukraine was wholly unprovoked, based on spurious claims of Nazism pervading Ukrainian president Volodymyr Zelensky’s (a Jew) government. Yes, Russia and Ukraine have a shared history, but the fact of the matter is that Putin now refuses to accept a Ukraine that is increasingly turning towards the West (and not just in Ukraine but Putin has reacted similarly to such perceived threats in Georgia, Moldova, the Baltic states, and Belarus).

In contrast, Israel has been in a multi-party conflict since before its inception as a modern state. Israel’s military actions come in a defensive context, not one of unbridled aggression. From before even the state was founded, Jews were being massacred in historical Palestine for being Jews. The nascent Jewish state immediately found itself attacked by its neighbors, fighting which in one way or another has continued to this day.

Russia is an aggressor that brutally initiated a war of choice, Israel has been fighting wars of necessity, against its inclination, since its birth. Russia bullies and intimidates its neighbors, Israel makes peace with them. The stunning pace of development of a warm peace with the UAE, Bahrain and Morocco following the groundbreaking “Abraham Accords” is as indicative of Israel’s intent as Russia’s indiscriminate bombing is of theirs.

This is not to say that Israel is perfect, nor that it’s above criticism. Neither is true. As a concerned Israeli citizen and patriot, I believe it is my duty to speak out against bad policy and immoral actions – regardless of the perpetrator. The Palestinian issue remains unresolved, and there are elements of Israeli society that make me cringe. But the insinuation that Israel and Russia are even remotely on the same playing field is so misguided that it speaks more about those who make the comparison than anything else.

Where do such comparisons come from?

In my opinion they cannot be divorced from the years-long, one-sided portrayal of Israel in the media. This unabashed bias can come in many forms; from the constant omission of the word “terror” in describing such acts against Israeli civilians, to putting quotation marks around Israeli claims – with the obvious intent being to cast doubt on their legitimacy, to the in-depth features of the plight of Palestinian civilians, which although often real, is often missing critical context.

The most egregious example may be from a New York Times front-page piece from the May 2021 conflict, depicting the lives and deaths of all the children who were killed. The utter tragedy of the story was undercut by its amateur sourcing of some of the photos, neglecting to mention that others were members of terror organizations, on top of the usual lack of context. The rush to blame without bothering to mention the extraordinary, unprecedented care which Israel took to avoid civilian casualties, unfortunately casts doubt on the integrity of the reporting and the outlets, and makes one wonder if the same problems do not plague other issues about which Israel lovers might be less well informed.

With stories like these it is not surprising to see how evocations of Russia’s bombing of Ukraine are reminiscient of another perceived brutal aggressor – Israel. From there it’s not hard to draw conclusions that Israel should also be boycotted and otherwise pressured into submission. Such claims are not only wrong, they are damaging to the prospect of peace that such advocates claim to support.

By making such partial accusations, the media and others do a disservice to readers by depriving them of critical nuance in a dizzyingly complex conflict. Furthermore they play into the hands of a Palestinian narrative which believes it can do no wrong and therefore Israel must be forced to change. Any visitor who has spent more than a minute in the Middle East must realize that, putting Israel on the defensive like this, with the threat of everything from a nuclear Iran to a lone wolf from Jenin threatening our families – cannot and will not work. Not only is it an insult to intellectual honesty, it undercuts the very peace for which they supposedly advocate.

Again, it bears repeating that Israel is by no means beyond critique. It has its stains and its moments, moments which bring up a deep shame in this passionate Zionist when he recalls them, and a drive to make amends. It also must be emphasized that the loss of any innocent life is tragic, be it in Khan Younis or in Kyiv. But Russia is not Israel, and such blatantly lopsided accusations undermines any good intentions underlying them. We cannot begin to hope to fix flaws if we are lying to ourselves.

About the Author
Originally from the United States, Natan came to Israel in 2010. He served in the IDF, recently completed his master's degree in public policy and continues to try and contribute to the country that he loves. He is interested in things, and loves passionate but civil discourse. Follow him at @KohnNatan.
Related Topics
Related Posts
Comments