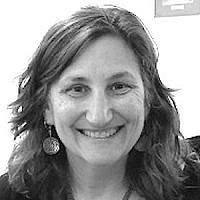 The Blogs
Cindy Shulkin
Apply for a Blog
Advertisement
Please note that the posts on The Blogs are contributed by third parties. The opinions, facts and any media content in them are presented solely by the authors, and neither The Times of Israel nor its partners assume any responsibility for them. Please contact us in case of abuse. In case of abuse,
Report this post.

Despite my true cynicism and doubt that Binyamin Netanyahu could do anything right, I was willing to admit that he made some  important points in his address to the UN General Assembly last night( albeit a little dramatically for my personal taste). He exposed the leaders of Iran and their rhetoric (which we should all take very seriously—pity on the same level that he writes off his own dangerous rhetoric as nothing more than pre-election propaganda—) and claimed rightfully that the deal with Iran is bad.   It is bewildering on all sorts of levels why the West was so entranced with the deal (are they just that naive or are there egocentric political and economic goals at hand…for then…?). Netanyahu cited Iran’s leaders and their continuous  spewing of  ravenous and apparently insatiable terrorism around the globe. Netanyahu was correct to assert that in truth, they are certainly out for the destruction of Israel but equally as correct to assert that they appear out for blood just about everywhere in the world.  Netanyahu claimed that the UN is obsessively concerned with Israel and that it ridicules its very own values by condemning Israel over and over.

Netanyahu went on to glorify Israel as an incredible and even unbelievable source of technology…of brain power…of heightened organizational skills which are glorious in the face of human tragedy as evidenced by the Israeli medical teams in Haiti, in Nepal, etc.  He discussed growing anti-semitism in the world and how Israel stands out as a refuge for Jews around the world.  He spoke of a little country, in a dangerous neighborhood, which has overcome the greatest of difficulties and has emerged as a democracy (although not sure how he recifies the fact that there is growing theocracy in this country but I will give him that one).

We can surely count on him and know that he will hit his “classic” 3 points.  He is supremely consistent utilizing these three core topics of every one of his speeches and addresses:  Iran…the Holocaust…and the loss of his brother Yoni Netanyahu (albeit he added an additional piece last night when he cited that he too had almost become the victim of war). But…let’s say he did it with grace.

And then he said that we in Israel are all proud…proud to be Israeli…proud. Proud?

People who know me know that I am someone who is a real Zionist…I really, really, really am committed to this country.  I really came to this country out of  sheer ideology/  I really believe that the future of the Jewish people is linked directly to the promotion of this state.  I really believe that Israel is the cradle of Jewish civilization and with any luck we can make it the bastion of Jewish identity.  I know that we are still in our infancy and as such, I am willing to grapple with a growing number of social issues like separation (or the lack thereof) of church and state; the role of women in this society; poverty, social ills, racism between those of us with lighter skin and those of us with darker skin.

I really get choked up when talking about Israel; about the destiny of the Jewish people to live in their homeland…I am talking choked up not just when the Israel Philharmonic opens their season with the absolutely thrilling rendition of Hatkivah but also when Aroma gives out chocholate wrapped in white for the High Holidays.  I am amazed, every year anew, that the almond trees bloom around Tu B’shvat…and that my children speak Hebrew as their most comfortable language.   I actually loved making those wreaths of flowers for Shavuot and watching my children dance Israel folk dancing.  I like that children here run out to find wood to burn for Lag B’Omer and that the work I do brings me into contact with those that built this country into what she is.

But, I cannot forgive him for shockingly ignoring (not in the UN but in this very country worthy of my love) that this country (and possibly never more evident that in Jerusalem and the surrounding areas) has become a breeding ground for extremism and violence; that this country gave rise to maniacs willing to pre-meditate the kidnapping and killing of an Arab child and then burning him alive; that this same bastion of democracy produced from within a group of individuals who could…and did…firebomb a home killing a baby, his parents, and brutally harming for life his slightly older brother.  Not to speak of burning a classroom in one of the only places in the city of Jerusalem where co-existence is a value.

Go ahead,  give more and more excuses why those people are not being brought to justice. Go ahead, just let it gloss over and let time run over the facts and “erase” that unpleasant memory.  Go ahead…continue to rely on the complacency of the general populace here (and here I am speaking of everyone including myself) that they won’t get up from their coffee and Friday morning breakfasts, to protest about the lack of progress in these investigations.  Go ahead, continue to demand that the Palestinians recognize our rights to sovereignty over this land when the Jewish establishment continues to deny theirs.  Go ahead…See how these measures will slowly destroy the fabric of our society and the fabric of our humanity.

It doesn’t seem to be taking us anywhere constructive…unless you, Mr Netanyahu, sees this grave situation as something positive.  Not acknowledging it does not, despite your underwhelming evaluation of the Jews’ let alone all of the others, living in this country, make it go away.  And giving  glaring and damning looks at all those sitting in the UN should not truly avert our own eyes from what is happening here…in our beloved country.

I am not condoning the behavior of soldiers during recent events wherein a number of them destroyed the camera equipment of international journalists  (those same young men who when sitting around a Shabbat table look and act a lot like teenage boys…our boys…our children).  And I am not condoning pinning to the ground a young Arab child caught after throwing stones.   I am certainly not condoning the racism spewed out of the mouths of babes…our babes…or the stereptypes which they hear at school and with no problem whatsoever adapt into their daily jargon. Of this type of behavior I am not at all proud.

Someone surely should be punished for this violent behavior.  But it not those soldiers who are at fault!  It is not our 18-22  year old young men who are there to serve their country…who endure heavy equipment, hot weather, unbearable conditions wherein they are meant to deal with the oppression of another people while at the same time being forced to act with politeness to those filming them.  It was certainly not their policy decision to be in the kind of situation wherein they are damned if they do….and damned if they don’t.  They have been put in an impossible situation and all the “preparation of our soldiers” is not going to alleviate this torturous sitatuion.  The soldiers are the “innocent bystanders” alongside the children growing up in environments wherein racism is promoted and recognized as a pure form of “taking care of our own needs”.  It is not their fault that they were born into these impossible, truly impossible sitautions.

PM Netanyahu…Most of what you said at the UN was true.  We are so so proud of all of important feats accomplished in this little country despite all sorts of problems.  Of that I am so so proud.  Of that, I still go to bed every night feeling as if my aliyah decision was right.

But, please do not speak for me and say that we are all proud of what is going on in Israel.  Please don’t think that your status quo is the one that is healthy or will benefit us in the long run.  Please do not continue your painful and patronizing use of our indifference (due largely to just plain exhaustion and frustration).  Please do not lump us all into one category to promote your vision of what Israel should be.

Cherry tomatoes are a wonderful contribution to the world.  Traveling to Haiti and to Nepal is heartwarming on the highest degree…But  I am consumed, as well you should be, with how we in Israel can promote our own humanity.  The fact that you ignore that freying of our humanity, the fact that you do not take seriously the promotion of civil rights,the fact that you do not mourn the destruction of sensitivity, of tolerance…the fact that this way seems to be causing an never breaking cycle of violence, of extremism…is of grave grave concern.

About the Author
Cindy came to Israel from the US in 1988. She is married and the mother of three children. Cindy works full time as a social worker and is active with her synagogue which is affiliated with the Israeli Movement for Progressive Judaism.
Related Topics
Related Posts
Cindy Shulkin
Comments