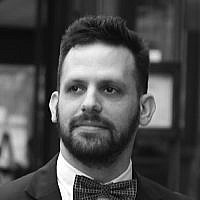 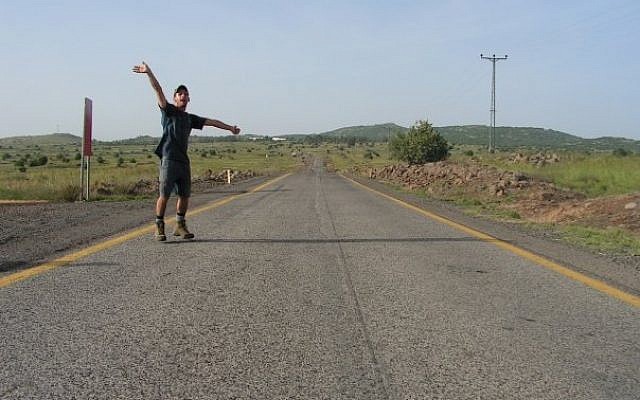 It was a sunny May day in 2008 when I walked into my Battalion Commander’s Office and requested a 6-day vacation. This was quite brash of me: I was merely a young lieutenant, fresh out of Officers Training Course, and I had only been at this battalion for roughly four months at the time. I knew that this might prove problematic, but I also knew that in my hand was a secret, winning card: I wasn’t asking for a vacation to go partying or fly out to Europe. Instead, I wanted time off to fulfil a dream: hiking the Golan trail – a 120KM hiking trail in the Golan Heights – with my best friends. We had all asked for time away to go on this hike simultaneously, and unsurprisingly, all our commanders – from across different units, bases, ranks – were more than happy to oblige and send us on our Zionist mission of conquering the plateau with our feet.

A few days later, we were off. Starting in the Hermon and walking about 18-20 KM a day, my friends and I descended mountains, climbed back up hills, sunbathed next to reservoirs, took funny pictures in old IDF bases, pitched our tents on local community grass in Odem or Ein Zivan, enjoyed weird Tahini sandwiches in parks next to the wind turbines, looked for the trail, found the trail, lost it again. Sadly, after five and a half days of this, we were too tired and too injured to continue – so we never really got off the Golan and down to the Sea of Galilee. Not by foot, anyway. Instead, we hitchhiked our way back down to the center of Israel and returned to our units, exhausted but happy.

Up until that magical mystery tour of the wilderness that is the Golan Heights, I knew very little of it. I had been there, sure, and had even trained there as a sergeant a few years prior. I even recall going up to the Hermon with my parents as a toddler. But I never really understood what the fuss was about. But once this hike was over, I was hooked. I began reading up on the Golan, studying its geography, demography, weather, you name it. I taught myself the names of all the volcanic mountains on its eastern part, near the Syrian border. I memorized the different roads I could climb it with my beat-down Kia 5-seater. I even knew where all the secret, pre-1967 Syrian-Officers pools were located – not just the ones everyone knew already but those completely off the beaten path, too. I had written down in my notebook a quote by Yoni Netanyahu, stating “the principle of land for peace seems appropriate to me in the case of the Golan: Syria should relinquish its claim to the land, and Israel can, in exchange, give it peace.” And when the time came for me to leave the IDF in 2009, I thought, I would go volunteer at Merom Golan, picking cherries or apples or anything of the sort. I would live up in the Golan with my head in the clouds, my feet on solid, Israeli land, and my heart full.

I never did go volunteer in Merom Golan, but I remained a believer in Israeli sovereignty over the Golan nevertheless. This is the case even today, even though I hold left-wing positions on almost every single issue in Israeli politics, from the Palestinian issue and the fight for a peace agreement, through separation of synagogue and state, to raising the minimum wage and taxes on the top 1%. In other words, my dream State of Israel holds that all men are created equal, that Judaism can be practised in many ways including a conservative and reform way, that the Palestinians deserve a state of their own with East Jerusalem as its capital, that the supreme court should remain strong and independent, that LGBTQ people should be free to love and marry and have kids with whomever they please. And, that the Golan Heights, from the Hermon to the Yarmouk river, from the Sea of Galilee to Mount Peres, should remain Israeli.

And it is because of all of the above, that I think President’s Trump’s decision to recognize Israeli sovereignty over the Golan was an ill-timed, poorly thought-of move done in bad faith and out of sheer political motivation: saving Prime Minister Netanyahu’s seat.

Firstly, the timing of the recognition is completely off. It has nothing to do with global consensus – which does not exist by a long shot anyway, nor does it have anything to do with protection of Israel from Iran, fortifying Israeli presence in the north vis-à-vis Hezbollah and the like, or even an acknowledgment of something everyone has already known but preferred not to discuss – though in any other situation and with any other president, a case could have been made in this regard. Instead, it has everything to do with providing Benjamin Netanyahu with electoral momentum a little over two weeks before the toughest elections he has contested since 1999, where not only his policies but his character is on trial. This is a brilliant move by Netanyahu – and by proxy, of Trump: with the wind in his back, Netanyahu is set to march onto the stage at AIPAC’s national convention in D.C next week, all full of pomp, circumstance and American backing to a 52-year-old on-the-ground policy, backed by 38-year-old piece of internationally shunned (until now) Israeli legislation. He will dwarf the 1.95-cm-tall Benny Gantz, generate new support and remind Israelis of what a great diplomat and speaker he is – and all the while remain untouchable on this issue, considering the wide-held consensus in Israeli society over retaining the Golan – a consensus cemented and deepened since the Syrian civil war began.

Secondly, by providing this “gift” to Israel, Trump has once again taken something away from the Palestinians: their so-called right to a down-the-middle, honest, unbiased middleman who will handle the negotiations with Israel come the “Deal of the Century”. In other words, if it wasn’t bad enough for the Arab side to have Jerusalem be recognized as Israel’s capital by the Trump Administration and watch as the American embassy is moved to it, they now have to sit idly by as the US gives Israel more gifts and power, despite the latter doing less than nothing to show its willingness to fight for peace (that is unless Moshe Feiglin Bezalel Smotrich and Itamar Ben-Gvir prove surprisingly dove-ish).

Thirdly, Trump and Netanyahu are essentially giving rise to future claims from the Israeli Far Right, calling for annexation of the West Bank or area C. By recognizing occupation by military might and annexation stemming from such occupation, Trump and Bibi are suggesting that war is a fair and legitimate way of expansion in 2019. Moreover, considering the fact that 100,000 Syrians fled the Golan in 1967, leaving it almost empty and thus leaving on the table the issue of the Israeli occupation of the land while voiding the issue of occupation of people – this move might be the stimulant the settlers need to push for “Transfer” (willingly or by force) of Palestinians from the West Bank and into Jordan, so as to “do in Nablus what we did in Jaffa”, as some politicians once dreamt – and others dream once more, today. Such silent, tongue-in-cheek agreement on behalf of Trump and Netanyahu with the fantasies of the farthest of far-Right wingers in Israel could be devastating in the long run. In fact, even if dreams of “Palestinian-free” West Bank are not fulfilled, the notion of an annexation of the West Bank as a reasonably plausible solution to the problem – regardless of the eventual rights given to Palestinians therein – is a dangerous precedent that Israel and the United States should absolutely abstain from putting forth.

It would have been better than, for Israel, to continue gaining silent recognition of its control of the Golan as an everlasting, de-facto accepted notion. With 27,000 Israelis living there alongside some 22,000 Druze who are slowly leaving behind dreams of return to Syria, with civil war raging in Damascus, and a complete lack of interest from global superpowers, from the UN and even from other Arab countries, Israel’s 52-year control over the strategic plateau in its northeast (Syria only held onto the Golan for 19 years before war broke) could have easily been prolonged indefinitely, without having to stir up emotions, awaken sleeping giants in Russia or Turkey, and reminding Assad and his allies, once again, that they lost. Then again, it was never about keeping the Golan under Israeli sovereignty, but about keeping the Prime Minister’s office under Netanyahu’s sovereignty.

About the Author
Ido is a Tel-Aviv educated lawyer and an MA graduate in Human Rights Studies from Columbia University. He currently works at an American-Israeli NGO located in New York. He writes the “Manhattan Project” blog for “Ha’aretz”. Prior to moving to New York, Ido worked as a lawyer at Herzog, Fox, Ne’eman and co. He has previously served as an adviser to Israel’s ambassador to the OECD, UNESCO and CoE. Ido Served as an intelligence officer in the Golani Brigade between 2005-2009. He still serves in reserves.
Related Topics
Related Posts
Ido Dembin
Comments