Can you even pronounce Jambalaya correctly? It goes together with gumbo, po’ boys, and lots of seafood that we kosher Jews just can’t enjoy.

Down here in Louisiana, the hospitality is unrivalled and the food is delicious, not to mention the jazz pouring out of every corner pub. And the kosher Jambalaya is actually delicious – thank you, my generous hosts! (get a recipe at: joyofkosher.com/2011/02/kosher-jambalaya) 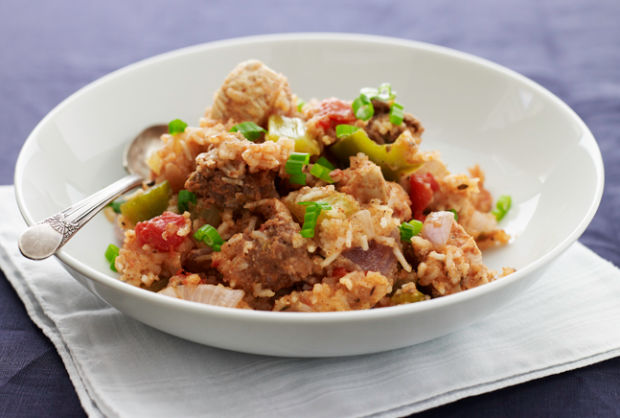 But I’m here to give you some insight into how the Louisiana Senate race is looking. From a field of 24 official candidates, no more than five are realistic. After that, it’s anyone’s guess, but a closer reading shows a clear advantage for some.

There have been few polls, none national, and only from within personal campaigns, leaving the results highly questionable and clearly subjective. But one thing is clear, this is a state constituency that cares more about the person running than the party they are from. The conservative/liberal argument carries far more weight in this state than whether the candidate is a Democrat or Republican. Their value system is under scrutiny, and that’s where it gets interesting.

Here’s how it could play out: The two Democrat candidates running may split the more liberal vote and cancel each other out. That leaves three others on the playing field, all Republican. State Treasurer John Kennedy (not of THE Kennedys) entered the race with the highest name recognition throughout the state, but has seemingly topped out at 18% of the vote. Taking a look at the two Congressmen in the race, each has their smaller constituency supporting them, and both have begun television ads to gain a state-wide platform.

But only one gets applause wherever he goes, as he builds name recognition throughout this watery landscape. Dr. John Fleming may be my personal favorite because of his unwavering support of Israel, but he is the darling of every group he approaches – probably because of the clear values that he shares in this very conservative environment.

The other front runner, Congressman Boustany, has flip-flopped on the issues often enough to ensure that he does not have a natural base of support. But if that’s not enough, he now has to overcome serious allegations of a sexual scandal, in a state that has seen its fill of that problem with then-popular Senator David Vitter – who careened downhill and soundly lost his bid for Governor under similar circumstances.

Sound like a soap opera? It would be if the stakes weren’t so high. Political drama is the stuff that sells newspapers but serious political leadership is oh-so-relevant if we are to ensure effective policies. The Iran deal must be watched. The arms race must be monitored. Economic ties with China must be weighed. You get the idea.

Here in Louisiana, voters are getting the chance to get to know Dr. Fleming, and I’m pretty sure they’ll see he’s their man. For Israel’s sake, I sure hope so as well.

Politics with integrity. Imagine that, y’all.