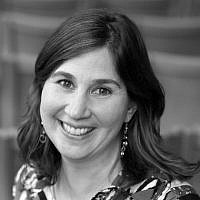 The Blogs
Lisa Gelber
Living Life One Breath at a Time
Apply for a Blog
Please note that the posts on The Blogs are contributed by third parties. The opinions, facts and any media content in them are presented solely by the authors, and neither The Times of Israel nor its partners assume any responsibility for them. Please contact us in case of abuse. In case of abuse,
Report this post. 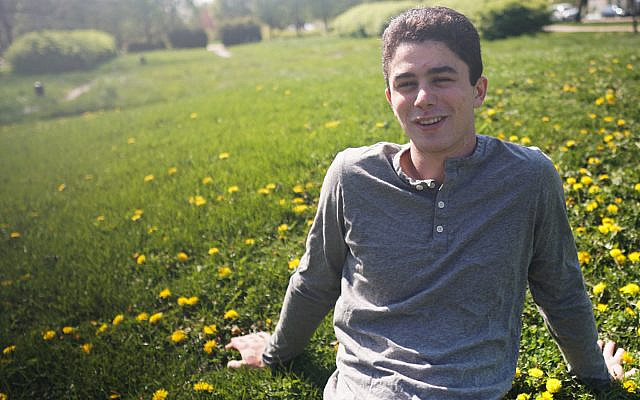 It’s not unusual for me to get a call or text in the middle of the night. As a rabbi, I’m on call 24/7, just ask my daughter. In my home, silencing the phone is a rarity. Unfortunate, as the number of spam calls and texts have increased exponentially during corona times. On my few days of vacation in too many months, I thought to place the phone in the other room at nighttime. What a gift some hours of completely unplugged existence would be. I imagined myself comfortably draped over a chair, the sun warming my pale (sun-screened) skin like a baking apple in the oven, my eyes lightly closed, disconnected from responsibility. With my child at camp sick in the infirmary, I decided to leave it be. When the phone beeped at 2 a.m., my hand extended like the tentacles of an octopus, grabbing for my glasses and the phone simultaneously. My eyes squinted in the dark as I found the alarming note, Check your email for some devastating news. For the moment, I breathed a sigh of relief. A note from a friend across the country referencing an email was not about my child. Sitting up in bed and turning on the light, I shifted into rabbi mode.

Laptop open, I scrolled through the notes that arrived in the few hours I was asleep. My finger clicked the forwarded email, Subject Line: News. There, in the middle of the night, I read of another mother’s worst nightmare, the unexpected and horrifying death of her child, shared in devastation by a beloved aunt on behalf of their tightknit family. Max Lewis, 20 years old, beloved son of Rebecca Rivkin and Mark Lewis and brother of Eli, was the victim of gun violence. Sitting on a train, returning from his summer internship, he found himself in the wrong place at the wrong time. A stray bullet hit him in the neck. The bullet that paralyzed his body changed the trajectory of his life and death, and altered the lives of his family, friends, and community.

Forbes reported that “at least 150 people across the US were killed by gun violence in more than 400 shootings over the Fourth of July weekend…an uptick that puts 2021 on track to continue, and exceed, the violent surge that made 2020 the deadliest year of gun violence in decades” (July 6, 2021). 400 shootings! At least 150 souls who would never make it home to their families, watch children grow, influence the world around them, find the cure for cancer or lead the way in eradicating gun violence. In my own city, it feels like it is becoming the norm for bystanders to be struck by stray bullets in Times Square in broad daylight. The other day, walking in that area, I found myself wondering what might erupt around me, as I made my way home.

Each time I read about a random act of gun violence I recoil. What is random about a bullet that takes the life of another human? Every time you pick up a gun there is a chance it will alter the universe. Just because something is not premeditated does not make the outcome random.

Gun violence is a public health crisis. Illegal gun trafficking, access of at risk youth to firearms, insufficient regulations around training, absence of mandates for safe storage and inadequate commitment to a culture of gun safety all contribute to gun violence as a public health emergency. As citizens of the world, we have a moral obligation to invest in responsible and accountable gun laws and practices that affirm a culture of education, awareness, and safety.

The Washington Post notes, “Through the first five months of 2021, gunfire killed more than 8,100 people in the United States, about 54 lives lost per day, according to a Washington Post analysis of data from the Gun Violence Archive, a nonprofit research organization. That’s 14 more deaths per day than the average toll during the same period of the previous six years” (June 14, 2021). What will it take for us to honor those 54 lives lost enough, those injured each day enough, and the communal trauma that arises from the destruction of so many worlds enough to change the trajectory of gun violence?

Max Solomon Lewis z”l, may his memory be for blessing, is a cherished family member of my adopted community in Washington State. He lived his 20 years with an understanding that every life is a world. He greeted the day with energy and passion, interest and commitment, joy and curiosity, friendship and love. I read with anguish the report in The Forward: “Saturday night, doctors asked Lewis to make a choice: remain on a ventilator for the rest of his life or remove life support. He blinked his choice to his parents and doctors: remove the ventilator.” What college student should be in a position to make that decision? My heart breaks open again as I honor his courage and that of his family.

Friday night, the Jewish community will welcome the new month of Av, historically a month of memory and mourning. The sliver of moon will appear invisible, challenging us to see with imagination, fortitude and hope for the future. Commenting on the reading that we will chant from Torah this week, Masei/Journeys, a recounting of the 42 stages along the Israelites’ path through their desert travels, the Jewish mystic Baal Shem Tov remarks, “Whatever happened to the people as a whole will happen to each individual. All the 42 journeys of the Children of Israel will occur for each person between the time he is born and the time he dies.”

If we are to walk the path laid out by the Holy One, it is on us to improve the world, making it better than the way we received it. For the sake of the holy community of humanity, the memory of Max Lewis and all those whose light on earth was eradicated by gun violence, we must do what is necessary to create a narrative and practice that honors and upholds justice, righteousness and peace. As the prophet Isaiah maintains, “For the work of righteousness shall be peace, and the effect of righteousness, calm, security and confidence forever” (Isaiah 32:17).

Max’s aunt Heidi Rivkin shared with me: “It’s been so hard, but thankfully Max built himself a beautiful community in Colorado and Chicago and all of the frat brothers have been so supportive to us all! There are no words.”

Victims should not have to find words. It is the rest of us who must hold them in love, as Max would have done, and get to work.

If you really need words, Jewish tradition offers these for this saddest of occasions, Hamakom yinachem etchem b’toch shaar aveiley Tzion v’Yirushalayim/ May the source and place of comfort hold you among the mourners of Zion and Jerusalem.

May the soul of Max Lewis, Melech Shlomo ben Rivka Esther and Menachem, be bound up in eternal life. It is on us to make his memory a blessing.

About the Author
Lisa Gelber is rabbi, fierce mother, marathon runner, spiritual director, breast cancer survivor and PELOTON enthusiast. She serves Congregation Habonim in the Lincoln Square neighborhood of NYC. Her journey to parenthood is profiled in the Emmy nominated documentary ALL OF THE ABOVE: Single, Clergy, Mother.
Related Topics
Related Posts
Comments
Advertisement