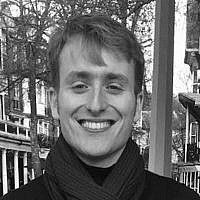 The Blogs
Atticus Blick
Apply for a Blog
Advertisement
Please note that the posts on The Blogs are contributed by third parties. The opinions, facts and any media content in them are presented solely by the authors, and neither The Times of Israel nor its partners assume any responsibility for them. Please contact us in case of abuse. In case of abuse,
Report this post. 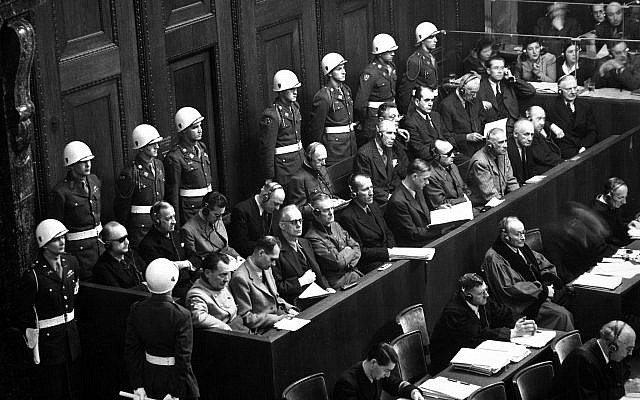 Reflecting on the 75th anniversary of the Nuremberg Judgment, what lessons should the troubled International Criminal Court learn?

On the morning of 1 October 1946, 75 years ago last Friday, Hermann Göring sat impassively wearing dark shades in the dock of the International Military Tribunal at Nuremberg. This was a sharp departure from the domineering personality who had at times laughed at the Tribunal and intimidated his co-defendants during proceedings.

The reading of the Judgment had started on 30 September but it was only the following morning that the Tribunal delivered its verdict on Göring as the first of the twenty-four German and Austrian defendants prosecuted for international crimes committed during WWII. He was the de facto most important Nazi leader left alive. Göring was convicted of conspiracy, crimes against peace, war crimes and crimes against humanity, including for directing ‘a complete solution of the Jewish question in the German sphere of influence in Europe’.

He was sentenced to death that afternoon. The sentence was read out in English. A now visibly agitated Göring adjusted his headphones to hear the translation of the judge’s words. A fortnight later, he would commit suicide hours before his execution.

Despite Göring’s conviction and sentence, the Judgment was actually quite restrictive in its willingness to fully confront the crimes of the Nazis. The judges rejected the Prosecution’s argument that the pre-1939 Nazi Persecution of Jews should be included in Judgment. The Judgment noted that, although such crimes were ‘revolting and horrible’, they could not be related generally to conducting a war of aggression or war crimes. The Tribunal defined the timespan of Nazi conspiracy crimes narrowly and, under the Tribunal’s founding Charter, peacetime crimes against humanity were inadmissible without a link to the Axis Powers’ aggressive war.

Yet, it was surely true that as Nazi society militarised so too was there a systemic and large-scale rise in State-sponsored antisemitic crimes. It was a shame that the Tribunal only partially recognised this correlation.

Excluding such pre-1939 offences really didn’t need to happen. Within the requirements of its own realpolitik, Nuremberg had already avoided establishing a precedent for holding to account its principal State sponsors, the United States, the Soviet Union and Britain, for their own dubious pre-War humanitarian records. In other words, purely peacetime crimes against humanity had already been excluded.

It may be tempting to look at the shortcomings of Nuremberg and draw the lesson that subsequent international courts should seek to realise justice in sweeping terms. Judges should even bend the rules to assert the culpability of the worst criminals, some might say. Clearly, justice for Göring’s crimes was an important achievement but the International Military Tribunal should have gone much further. After all, three other co-defendants were acquitted.

However, as stated, there was no need for sleight of hand to accommodate pre-1939 offending. The Judgment was unnecessarily cautious.

The real transferable lesson is the need to push for international justice to the utmost but within parameters of what is legally and politically permissible. The problem with the International Criminal Court (ICC) today, as the first permanent court to deal with international crimes, is that it has exceeded its mission purpose and so overreached itself.

The ICC is on a weak legal footing in investigating both Palestinian and Israeli crimes in ‘the Situation in Palestine’, on the jurisdictional basis that the State of Palestine acceded in 2015 to the Rome Statute, the founding treaty of the ICC. The ICC Office of the Prosecutor is investigating crimes committed in Palestine, despite Palestine not meeting vital criteria for statehood under international law, i.e. effective control over well-defined territory. This pushes the ICC’s jurisdiction to the limits of legality and perhaps beyond. Very real crimes may well have happened but for the Prosecutor to push forward with this investigation raises too many questions about the court’s own legal mandate.

In its other activities, the ICC has unnecessarily stoked political trouble with the United States.

The most important player behind Nuremberg, and for most international criminal courts afterwards, is the United States. The United States has been the principal financial and political sponsor in establishing international tribunals to prosecute Yugoslav War criminals and Rwandan genocidaires, as well as the Special Court for Sierra Leone which incorporated international and domestic law. All three courts were temporary bodies and tended to prosecute individuals opposed to American State interests, much like at Nuremberg.

Narratives of perpetration and victimhood may well have been generalised, warped or curtailed before these courts, but for so many victims justice rang true. Moreover, although the United States is no longer a signatory and does not fund the ICC, American military forces were vital in taking into custody Dominic Ongwen, a former brigade commander in Joseph Kony’s Lord’s Resistance Army. After a complex extradition saga, Ongwen would be convicted for crimes committed in Northern Uganda before the ICC at the Hague earlier this year. This was a landmark Judgment.

During the last 75 years, the United States has played the leading role in ending impunity for international crimes. Therefore, it seems somewhat surprising that former Secretary of State Mike Pompeo’s speech last year to commemorate the opening of the Nuremberg trials was derided in some quarters of the international community. Pompeo spoke of the United States’ ‘unfailing commitment to truth and justice’ but America had just sanctioned ICC lawyers and investigators for investigating crimes committed in ‘the Situation in Afghanistan’. Here, the ICC was investigating not only the Taliban but also the United States and its allies.

In retrospect, American outrage against the ICC was understandable. The Taliban’s regressive new regime demonstrates the group remains committed to extrajudicial killings of civilians and the oppression of Afghan women, as it did throughout the War in Afghanistan. Yes, the American military presence in Afghanistan saw a very real campaign of torture in the first half of the conflict that the United States has only partially investigated. Even so, it does not necessarily follow in practice from the requirement on the ICC Prosecutor to investigate ‘situations’, rather than stand-alone crimes, to treat the Taliban and American forces as comparable criminal perpetrators. The falsity of this equivalence has proved all the more evident as the Taliban unravels much of the American led humanitarian progress in the country.

At last, the ICC has just announced that it will ‘deprioritise’ other aspects of the investigation beyond crimes committed by the Taliban and the Islamic State. This is surely a wise move from the new Chief Prosecutor Karim Ahmad Khan but the approach should have been signalled far sooner.

Nuremberg had major flaws. The International Military Tribunal failed to recognise LGBTQ victims of the Holocaust and sidelined the suffering of the Roma and Sinti peoples. Similar concerns may apply to the series of follow-on Nazi trials at Nuremberg. Today, it is wrong that US investigations of American crimes in Afghanistan remain incomplete, if the ICC is again not the appropriate judicial forum to seek redress. American-backed international(ised) courts do not necessarily get anywhere near success – see the disastrous Special Tribunal for Lebanon.

Rather, there should be a renewed recognition that mission purpose matters in justifying the very institutional existence of international courts. The mission purpose of Nuremberg was to prosecute and punish major Axis Powers’ war criminals while the ICC has adopted a broader concern to guarantee lasting respect for and the enforcement of international justice.

This latter mission purpose may in itself be appropriate for the 21st-century but that doesn’t mean the ICC can seek to act beyond its legal remit. More so, the ICC should not unduly clash with States who time and again have demonstrated the will to realise international justice. Perhaps, the ICC is starting to realise that.

About the Author
Atticus Blick holds a Master of Laws degree with a human rights specialism from University College London and is presently training to be a barrister in England.
Related Topics
Related Posts
Comments