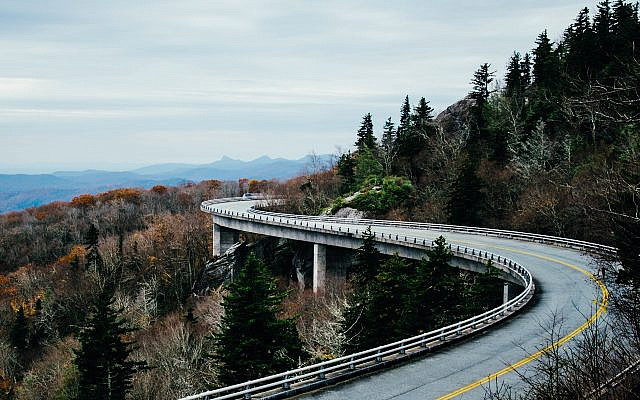 As a kid growing up in Los Angeles, I was familiar with the city’s most famous streets: Hollywood Boulevard, Avenue of the Stars, Melrose Place, Rodeo Drive, Valley Circle, and the ubiquitous Third Street (where my Yeshiva was located). Nevertheless one thing always bothered me: Why was one street called a “boulevard” and another street called an “avenue”, this street called a “way” and that street called a “street”? It gets even more complicated on the East Coast, where they also have turnpikes and highways. What determined the appellation applied to each street or road? I eventually realized that the whole naming conventions of streets was entirely arbitrary, and none of these words have any real meaning. However, when it comes to the Hebrew language we will see that the exact opposite is true.

Last week, we discussed at length the difference between derech and orach. But what about a rechov? The Mishna (Shekalim 1:1) teaches that on the fifteenth of Adar all of the money collected from the Jewish People was used for repairing derachim and rechovot. Rabbi Meshullam in his commentary to Shekalim explains that derachim are roads outside of the cities, which connect the cities together (intercity roads), while rechovot are streets within the cities themselves (intracity roads). In fact, in Modern Hebrew, the word rechov is the common word for a city street. In other contexts, rechova shel ir refers to a wide open space within a city (e.g., the town square); this usage appears thrice in the Mishna (Bikkurim 3:2, Ta’anit 2:1, and Megillah 3:1).

Another synonym for road is netiv (or netivot in plural). How does this word differ from derech? Rabbeinu Bachaya (to Ex. 35:35) explains that while derech refers to a wide road, the word netiv refers to a very narrow road. The Vilna Gaon writes that a netiv is a path used to get to a derech (possibly comparable to an exit/entrance ramp on a freeway). The way Malbim explains it, a netiv refers to a path that is shorter than a derech/orach, and is not open to public use.

The Zohar (Miketz 197b and Vaera 31a-b) says that while a derech is open to all people (like we saw last week), a netiv is open only to select individuals. Rabbi Shlomo Aharon Wertheimer (1866-1935) similarly explains that a netiv is a personal pathway used by an individual as a shortcut. He adduces this view from the Bible (Judges 5:6), which implies that the opposite of one who walks in a netiv is one who walks in a circuitous or roundabout way. In Modern Hebrew, a netiv is a “lane” on any given road or parkway.

Malbim explains that the word mesilah specifically refers to a paved path, and usually denotes the sidewalk on a street’s periphery, which is designated for pedestrians. The word maslul (a “planned path” or “itinerary”) is related to this word. Rabbi Wertheimer adds that not only is a mesilah paved, but it is also generally straight. Stars are said to travel in a mesilah (Judges 5:20), because they appear to travel in straight, pre-planned path. When the Jews first asked the Edomites for permission to travel through their land, the Jews asked to travel in the Edomite’s derech (Num. 20:17). Later, when the Edomite rejected their request, they changed their wording to ask if they could travel in the Edomite’s mesilah (Num. 20:19), which, for some reason, would be more acceptable to them (perhaps because it would not affect traffic?) — only to be rejected again.

A maagal is not a straight road. As the Vilna Gaon explains, the word maagal denotes a circuitous road, and is derived from the word egul (circle). Rabbi Wertheimer clarifies that this circular road bears no utilitarian function in helping one get from one place to another. Rather, it is used for scenic routes (where the journey is the destination), for play (like a racetrack), or for military training.

When Balaam was en route to curse the Jewish People he rode his donkey through the mishol of a vineyard (Num. 22:24). The word mishol — whichis a hapax legomenon because it only appears once in the Bible — means “footpath”, as its root SHIN-AYIN-LAMMED means “step” or “bottom of the foot” (see I Kings 20:10 and Isa. 40:12). Rabbi Shlomo Pappenheim of Breslau (1740-1814) writes that a mishol is a road that can only sustain the walk of pedestrians or mounted riders, but cannot support the weight of a caravan or wagon. Alternatively, Rabbi Moshe Shapiro (1935-2017) explains that the word mishol is related to the word shual (fox) and refers particularly to the path created by foxes who enter a vineyard and partially destroy it (see Song of Songs 2:15 which speaks of foxes destroying vineyards).

Rabbi Samson Raphael Hirsch (1808-1888) writes that shvill is related to the word shafel (“lowly”), and denotes a path that has a steep incline that goes downwards. The Malbim writes that shvill is related to the word shevel (Isa. 47:2) which denotes a leg — the body part which continuously hits the floor as one walks. The Malbim and others note that a shvill is narrower than a netiv. Rabbi Wertheimer explains that shvill denotes the shortest and narrowest sort of path — its width can sustain only one ankle at a time, so a person cannot even stand on this path with his feet together. Rabbi Pappenheim offers the same explanations and supports this from a clever observation. The Hebrew word for ankle is eikev, a word which also means “because”. Because of this double-meaning of eikev, the Rabbis similarly adopted the word shvill — the road associated with ankles — to also mean “because”: b’shvil. Keep in mind: Whatever route you choose, make sure you are rooting for the right team.