The past three Fridays in Jerusalem consisted of bicycle races. The first Friday was the GFNY race with roads closed early in the morning so that the cyclists could have the streets of Jerusalem to themselves. The second Friday, the world renowned Giro d’Italia race took over Jerusalem in the afternoon and continued for two more days across Israel before heading on to Italy. The third Friday was Sovev Yes Planet, cycling in the capital city, the Jerusalem race which was moved to the hills surrounding the city as to not disrupt the residents of Jerusalem yet again. 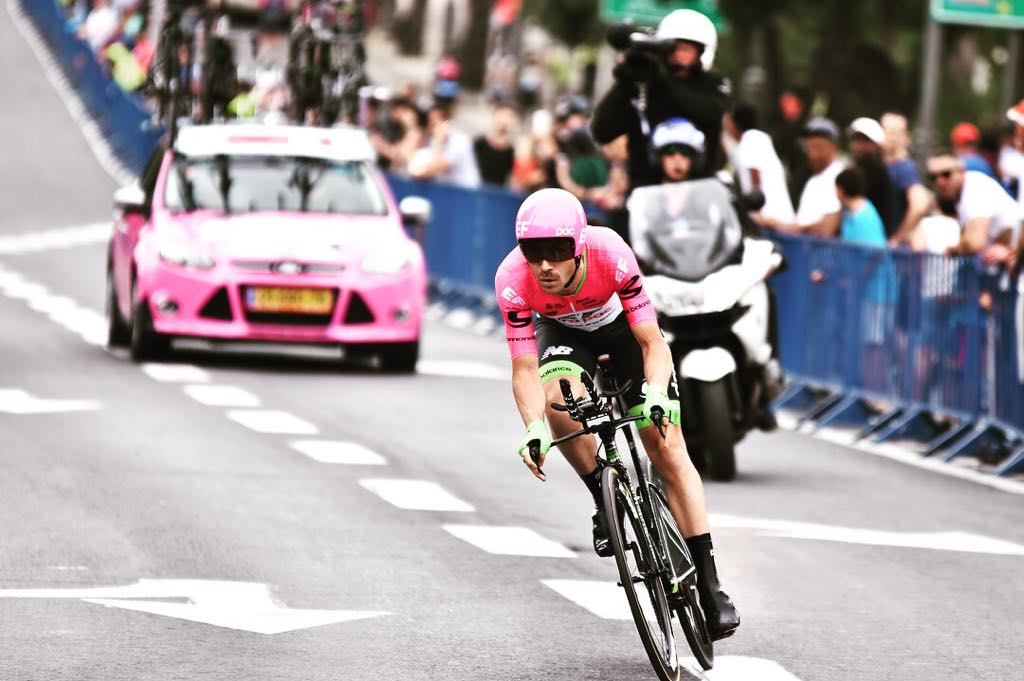 Those of us who live in Jerusalem have been hearing so much about bicycle races and street closings over the past few weeks that when we get to the Haftara for Shavuot from Yechezkel (which we read after staying up all night), we are going to be looking at the word ofanim (angels) and reading it as ofanayim (bicycle).

What is the connection between angels and bicycles?

The first time that we see a Modern Hebrew word for bicycle (afnayim) is in 1899 in a book MiBayit u’Michutz (Inside and Outside) by Micha Joseh Berdichevsky (later known as Bin-Gorion), a Russian born writer who wrote in Hebrew while living in Europe. In 1903, Eliezer Ben Yehuda published the word as ofanayim and that is how it remained until today.

The origin of the word comes from the Haftara for Shavuot, Yechezkel 1:1-28 which is known as Ma’aseh HaMerkava, the Vision of the Chariot where Yechezkel is shown the Heavenly realm of the angels. Yechezkel receives this prophecy in Babylon to teach us that God doesn’t abandon the Jewish people even when they are in exile and the hope is that the Jewish people will return to the Land of Israel.

We see from here that the Ofanim were angels that were ranked second and were shaped like wheels.

Each morning, in Shacharit we recite: “Then the Ofanim and the holy Chayot with great noise raise themselves towards the Seraphim and give praise…”

Even the most mundane word, bicycle is given its name based on the celestial angels, whereby elevating bike riding to a level of holiness.

Although traffic was disrupted in different parts of Jerusalem for bike races three weeks in a row, watching for afar, the large groups of bikers riding through Jerusalem looked like angels flying through the city.

The fact that thousands of people from all over the world came to Jerusalem to ride, cheer on the cyclists and show respect for our holy city makes Yechezkel’s prophecy one step closer to being fulfilled. As it says in Yechezkel 1:28, “Like the appearance of the rainbow that shall be upon the cloud on a rainy day, so was the appearance of brilliance all around…”

May we see more angels in Jerusalem.