The Blogs
Francine M. Gordon
Apply for a Blog
Advertisement
Please note that the posts on The Blogs are contributed by third parties. The opinions, facts and any media content in them are presented solely by the authors, and neither The Times of Israel nor its partners assume any responsibility for them. Please contact us in case of abuse. In case of abuse,
Report this post. 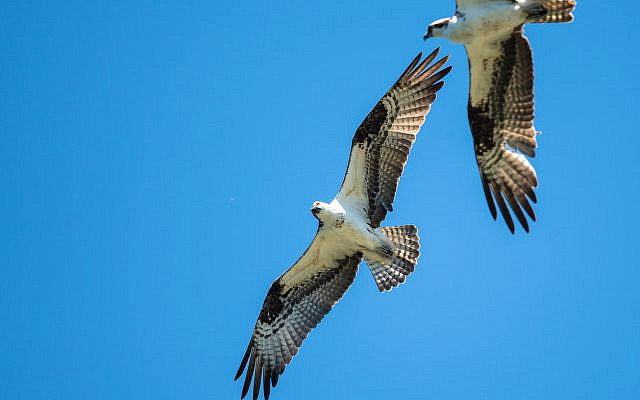 When I boarded a Frontier flight bound for Las Vegas two weeks ago, I knew I would be gambling during my time in Sin City. Whether I won or lost depended not on how much money was in my wallet at the end of the trip, but rather how much love was in my heart. Simply put, my gamble was not to be found in any casino; rather, I took a risk by spending intensive time with my oldest friend in her beautiful home which backs up onto a golf course. What a blessing to say goodbye to a difficult year surrounded by the visceral validating memories of growing up as carefree late stage Baby Boomers in northeast Ohio, the arid landscape of the desert which was a constant reminder of my depth of connection and concern for Israel and the comfort of a historic friendship that is bonded by three generations of shared experiences around a dining room table. The stately dining room table that my Gram sold to my friend’s mother when she moved to Florida after Pop died that I reclaimed after her mother’s passing a few years ago.

Despite the saying that what happens in Vegas stays in Vegas, what happened during my trip needs to be shared for the greater good. This story is a simple tale about two Jewish girls who came of age at the same time, in essentially the same set of circumstances, who each became professionals in their chosen fields, who each married and had three children. But over the years, the lenses through which these two women see the world around them became fundamentally different. In other words, I knew I was going to have to refrain from discussing current events while I was a guest in my friend’s home, just one of the “house rules” that we both followed for the sake of enjoying our time together.

While the weather was not perfect, I found great joy sitting outside observing the dynamic landscape of clouds and mountains, delighting in the sight and sound of the mourning doves as they rose from the ground to the trees. One of my favorite photos is the row of doves on the white metal fence that divides the private homes from the golf course. On the one rare occasion when our conversation did stray into current events as we were walking the dog, I noticed two hawks circling overhead. On my last morning before departing for the airport, I was able to follow a hummingbird from afar as it zoomed from one tree to another.

Over the five days we saw three shows, watched two movies and talked a lot. We often needed to stop during our rambling conversations so that we could clarify what was meant by a particular word. Definitions depend on context and context depends on the surrounding tenor and tone. Most misunderstandings between people arise because of that gap. The listener does not hear the totality of what the speaker said.  Real time conversations between people are the only way to close that gap of understanding. As we experienced over and over again, taking face to face time to bridge the gap is the only way to find the common ground.

While I enjoyed the shows we saw, I found it odd that the common ground upon which many jokes were built was very crude, basic poop based humor. That seemed unusual for Las Vegas but then again, I haven’t been to Vegas in many years. I wondered if this was a reflection of our fraught political culture, a kind of “house rule” for the public. That theory was supported by my friend’s friend who works in the industry when I floated it by him on New Year’s Eve. Evidence of those rough waters we were avoiding during our time together.

So it is that I turn to the subject of turds, a basic term for waste matter, whether from a bird, human or bull. From my point of view as a political scientist and a lawyer, I see the basic function of any government as helping us humans take care of our basic needs. Once upon a time we humans could provide our loved ones with enough security so that we could feed, clothe and shelter the next generation without the complicated framework of local, state and federal governments. Over the generations, people have figured out how to share their resources for the greater good. This is the material stuff of political theory and politics. Simply put, politics is about helping us decide how to share our collective resources and how to clean up the waste. Just like health care is about helping us live healthier, longer lives, ensuring that we produce that waste matter as a matter of course. Unfortunately, in today’s America, the political rhetoric that floods media of all kinds is so full of bullshit from all sides that our collective health is literally at risk. To me, that is simply unacceptable.

Wherever I go, She Above provides metaphors for me to comment on. A lawyer by training yet an artist at heart, I notice the connections between This and That and then thinking out loud, I comment on what I see. That is why asking me, someone who thrives on refracting and redacting current events through a multitude of lenses, to refrain from making comments is akin to asking me not to breath. But for the sake of a treasured friendship, I was willing to laugh at shit jokes, put myself in a place where I knew I would need to guard my tongue, testing my personal growth, maturity and humility. Having received my Medicare card in the mail as evidence of that maturity, I was now rolling the dice and trusting that all would be well in Vegas.

However, She Above decided to roll the cosmic dice and throw a challenge my way on our last night together. As my friend lives in Vegas, she drove us everywhere EXCEPT on our last night when we needed to take a taxi to dinner as our show was at another hotel. What are the chances that these two Jewish girls from Akron, Ohio would get an Israeli taxi driver from Haifa who immediately went into this Artist/Activist’s heart and soul? Within a second of hearing my Hebrew, he launched into a tirade against the right-wing government in Israel and made that comparison between Bibi and Trump.

Upon hearing an Israeli voice his angst and her friend respond from her place of deep knowledge, my friend’s right wing began to flap in a way that transported these two women back to the fraught days of our youth when we had a fight. A bad fight. Back then when we had a bad fight it was over facts that we both had direct experience with but experienced differently. Now, we are two grown women who despite having had similar experiences once upon a time, have had very different experiences, challenges, achievements and accomplishments in the decades that have passed.

The vast gulf in our perceptions about the state of affairs in The Holy Land was a harsh reminder that despite our bond there is a still a barrier that cannot be ignored or wished away. But it can be managed. This I know and this we proved. I hope my friend will visit me in New York so that I can host her in my home, laughing around our family’s dining room table before and after we harmonize around my beloved piano.

Suffice to say that the words spoken in that taxi and the change in our tenor and tone brought me back to a sad reality before I boarded my return flight the next day. Valuing the friendship more than my need to share my knowledge, I retreated into myself for the remainder of our time together, literally packing my bags and preparing for my departure the next morning. I expressed my concerns in verse that night; I comforted myself by watching the hummingbird flit against a backdrop of desert mountains in the morning.

So, it is that these two childhood friends who exist in such different political universes managed to share a house for almost a week. We just avoided the rough currents until that fateful taxi ride which was a sacred reminder of who I am at my core. And the reason I took the gamble and went to Vegas is because one of my core values is to put my beliefs into action. I truly believe the only way the United States will heal from this horrific political dysfunction is for those of us who are in a position to begin building that bridge of mutual trust, respect and understanding do so. Finding some soothing melodies that begin to take the sting out of certain words “would be a very good place to start.” And here are the words of prayer I wrote from that deep place within my heart on my last night in Vegas.

What does it mean to trust your gut?
Who decides the Ifs, Ands or Buts?
Which tune do you hear
when your soul is calm and near?
How do you know where Truth resides
When stories and values fight and collide?
When will the lion live with the lamb
And the hawk sit on the fence with the dove?
Whether all this truly come to be depends on US and She Above.

About the Author
Francine M. Gordon is an artist/activist who maintains homes in New York and Cleveland. From November 2010 through November 2016, through The Sacred Rights, Sacred Song Project, she produced over 10 Concerts of Concern in the US and Israel. Since establishing her New York residence, Ms. Gordon has become a member of the New York Federation’s Israeli Judaism committee which focuses on exactly the same issues as SRSS. In addition, she has become a proud member of the Zamir Chorale which allows her to express her Zionism through song.
Related Topics
Related Posts
Francine M. Gordon