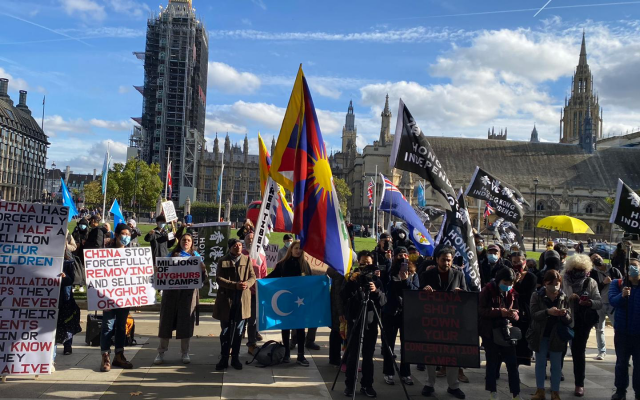 Today in the City of Ur, in Sumeria, it was announced that the Olympic Games 2036 (BCE) would be jointly hosted by the Cities of Sodom and Gomorrah. Civil groups and politicians reacted with fury. ‘Semite Rights’ condemned the decision as “Sports-washing the abuse of Semitic peoples’ basic rights?” ‘Melchizedek International’ called for countries to boycott the Games. The ‘Mesopotamian Economic Union’ announced it would delay their new trade deal with the cities, “until such abuses stop”

Now I know that none of that happened but the story of Sodom and Gomorrah in last week’s Torah reading, although a strange one, has unusual relevance  now. The plain  text describes how the two cities are destroyed, for what seems to be an extreme hatred of outsiders, that even extended to routine rape (Bereshit 19:1-3).

Nachmanides’ commentary (13th Century, Spain) does not run so riot. He notes “all evil practices were rampant,” contrasting this with accepted standards elsewhere. He attributes hatred of outsiders, to the cities wanting to be sole exploiters of the “excellence of their land.” (2)

The late Chief Rabbi Lord Jonathan Sacks (3), sums up Sodom and Gomorrah as places where strangers and their different way of life were not tolerated, with “a lack of basic rights to which outsiders could appeal.”

However, the similarities to what the Rabbis thought those cities did, and what China, host of the 2022 Winter Games, does in the Genocide taking place in the Uygur region and elsewhere today, are uncanny.

For hatred of the outsider, we can substitute ‘accusing minorities of extremism and separatism’. The routine rape of Bereshit is now a daily reality for  Uyghur women  in camps, where the “Torture Bed” has been replaced by the “Tiger Chair”. The Liar, Arch-Deceiver and Falsifier of the Midrash live on in the China’s vehement denials and the use in business and diplomacy of the 36 Stratagems of Deception.  The “Perverter of Judgment,” now sentences Uyghurs to internment for acts as simple as using WhatsApp, calling family abroad, growing a beard, or appearing to pray. The Midrash’s  “revolting orgies” are now the gang rapes of  men and women by guards and prisoners in camps, where starvation and Slave Labour is widespread.  Forced marriage continues., with Uyghur women promised to Han Communist Party men. “Intentional miscarriage” exists as a state programme of forced abortion,  whilst the Chinese Government exploit “the excellence of the land” in the coal, cotton and gas rich Uyghur region.

So, what choices face our modern-day equivalent of Semite Rights? Melchizedek (4) Watch and the Mesopotamia Economic Union, now that the Winter Games  2022 are near?

It’s too late to move the Games, but not too late to persuade people that China should not have been awarded them, and to enlist their help to ensure the international community spoils the CCP’s party by branding them the #GenocideGames.  Here are some of the legal and moral arguments.

Firstly, the Genocide Convention legally obliges states to do “everything reasonable” to “punish and prevent Genocide” “as soon as” there are “credible reports” of it.  A complete Diplomatic Boycott is, without doubt, “reasonable” and embarrasses China. The USA Senate,  the European and UK Parliaments have voted for this.

Secondly, countries importing Games’ merchandise have a high risk of complicity with the Genocide, such is the ubiquity of Uyghur Slave Labour, especially in the apparel industry. This breaches the Olympic Ethical Code (Article 1.4), which states, “all human rights conventions will apply to all Games activities.”

Thirdly, China is contractually obliged to promote principles 1, 2 of the Olympic Charter which “seek  to create a way of life based on …respect for universal fundamental ethical principles….promoting a peaceful society…preserving human dignity.” Additionally, China regularly breaches Principle 4, “Every individual must have the possibility of practising sport, without discrimination of any kind,”, by  imprisoning Uyghur but not Han sportsmen and women after travelling to tournaments abroad.

Finally, the International Olympic Committee, which insists hosting a Games promotes Human Rights there, doesn’t know its own history! Human rights deteriorated sharply in Germany after Berlin 1936, and in China after Beijing 2008.

What can the public do? Depends on where you live. Emailing or petitioning your representatives in UK, USA or EU to ensure votes for a diplomatic boycott are respected, games merchandise proscribed, and protesting athletes protected by their Olympic committees is a start. And we can all make the Games’ sponsors pay an economic price.

Don’t use Airbnb, use Booking.com!

The Torah tells us Sodom and Gomorrah were destroyed after God says “the cry against them was very great…. and came to me” (Bereshit 18:20-21), and “their sins are very heavy” or , as we might say, egregious.

Well, I can’t speak for God, but the cry of the Uyghurs, Tibetans, Southern Mongolians and Hong Kongers, all of whom suffer under the CCP, came to a large group of us this Sunday. We and they converged on Parliament Square in an alternative  Olympic torch rally replicated in 10 European cities (including Tel Aviv), co-ordinated by the  European Union of Jewish Students’ “Never Again Right Now” campaign.

I don’t know if we are going to be as successful in dismantling the CCP’s regime as God was in destroying Sodom and Gomorrah, but you can help us!

Write those emails, stay off the Coca Cola and Snickers, and if you are vacationing, don’t go Airbnb!

China is committing a modern genocide. Yet, the 2022 Beijing Olympics are only a few months away.

But young Jews are here to reclaim the Olympics and shine a light on China’s human rights abuses.