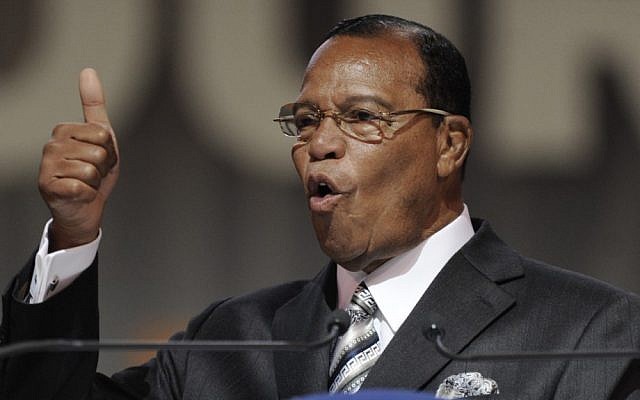 As I watch and mourn the colossal moral failure by some leaders of the Women’s March to call out blatant anti-Semitism for what it is and to take responsibility for their own blind spots, I am reminded of bar mitzvahs of close family friends when I was growing up. These friends also had a relative with dangerous, racist political views, and a track record for having acted on them. At some of these simchas, the relative was there too, and I remember amusing awkwardness as my family, with its known and pronounced progressive political views, navigated being in the same room with this activist but not finding ourselves too close. I suspect he was making a similar calculus about us.

It is painful for me to know that this person is in my community. I am embarrassed, sometimes, to belong to the same people, and that he acts in violent ways on behalf of a State of Israel that I also feel connected to. I work hard to differentiate myself from his values and to make clear that his values are a betrayal, or at least a distortion, of the tradition to which we both hold ourselves accountable. I differentiate myself from him in my actions, and sometimes — when the situation calls for it — by explicitly condemning his actions and his beliefs. I sure as hell did not cheer him on or tweet a selfie with him. But I also did not throw a temper tantrum at those bar mitzvahs, and I do not feel morally implicated by his toxicity for having been in the same room at the same time. Rather, my uncomfortable proximity to him animates the sense of responsibility I feel to advance a Judaism of values that will defeat his Judaism of chauvinism.

We all live in communities that challenge our own identities through the problem of proximity. Sometimes, the people whose values we find odious are our relatives. Sometimes, those people are on our “team” for one cause, and we are forced into tortured dances of accepting their presence, denying their problems, and trying to avoid the perception of complicity with the values we do not like.

American Jews are currently mired in a trying crucible in trying to ferret out the anti-Semites in our midst. We find ourselves at once living an enormously comfortable Diasporic existence, which might suggest that panicking about anti-Semitism is paranoia. Meantime, the statistics on anti-Semitic incidents keep rising, reminding us that it is actually not. All the while, our increasingly partisan culture includes even how we respond to anti-Semitism, such that most American Jews are only suspicious of anti-Semites on the other side of the political aisle – that is, the ones who are politically inconvenient, in addition to being dangerous. We are losing track of the discipline necessary to adjudicate an issue on which our lives, quite literally, depend.

The current dominant modes of trying to figure out “who is an anti-Semite” are as tendentious as they are ineffective. The first is the bohen levavot strategy, to borrow a term from classical Hebrew poetry, in which we think our responsibility is to investigate what is in someone’s heart (This skillset is usually, and appropriately, only attributed to God). Interrogating what hate lies in another’s heart is like a spiritual smell test, or a divining exercise built on fragmentary evidence, and it is fundamentally uncontestable. Equally feeble are the predictable defenses — “X can’t be an anti-Semite! We had a Shabbat dinner together once!” These hinge the evaluation of a dangerous toxicity on the questionable value of personal connection and the affective sensibilities of another person.

Neither these accusations nor the defenses work. Anti-Semitism has been far more dangerous when wedded to critiques and systems of power, than when it has described personal relationships between Jews and gentiles. racists, misogynists, and anti-Semites can be polite and murderous.

There is a second, equally weak strategy to test for an anti-Semite, and that is to use litmus tests of friends, networks, and affiliations. This kind of inquisition-by-association does not understand how human beings and communities work. I am not a racist fascist, because I was once at a bar mitzvah with one; nor am I Islamophobic, because I spoke at a conference where an Islamophobe also spoke. Nor am I indictable professionally or personally because of the actions — separate to my collaborations with them — of my organization’s funders, partners, or networks. Sometimes the company you keep may mean you have bad judgment in friends; on occasion, a failure to distance yourself may risk compromising your moral authority. But proximity alone does not make you into something you are not.

So, having an anti-Semite in your network does not make you an anti-Semite. I would go one step further. I do not expect that people constantly condemn the dangerous people in their networks as a rite of passage for their own credibility. If all of us were compelled all the time to condemn everything on our side to which we might be linked by a few degrees of separation, our capacity for doing anything good in the world would be savaged by endless cascades of guilt, apologies, and self-loathing. I expect people to take stock of their own moral failings and to try not to be complicit in the moral failings of the others around them. But the standard to evaluate an individual’s moral failings simply cannot be through evaluating the actions of others nearby.

There is a different way forward, and it is the most difficult. It requires us to articulate as clearly as we can what constitutes anti-Semitic behavior and to be vigilant about naming it — and not just when it is opportunistically convenient for advancing our own partisan agendas. It also demands that we evaluate ideas and actions by a reasonable and shared definition, which treats the phenomenon of anti-Semitism as a problem proportional to its reality. Then, we are not in the business of guessing at the hate that lies in the heart of the other or judging people by their friends.

You see, in the good old days, anti-Semites were prouder to be anti-Semites; in many cases, hatred of Jews formed an essential and explicit feature of their rise to power, and the “othering” — and murdering — of Jews helped with their own processes of self-definition.

It is outrageous to see a progressive leader embrace Farrakhan

Now, only once in a while, do we get glimpses of people who wear their anti-Semitism as a badge of honor — at a march on a hot Saturday in Virginia, in a Paris suburb, and yes, on a stage at the Joe Louis Arena — and it offers us a reminder of the clarity and endurance of the heinousness of this historic, insatiable hate that has bedeviled us for more generations than we can count, in every society we have lived, and which has translated itself like a virus across civilizations, cultures, religions, languages, and ethnicities. When this happens, it is a gift to the complexity of this American Jewish moment and to the difficulty of calling anti-Semitism out when it completely appears.

It is not provocative or name-calling to pronounce Louis Farrakhan an anti-Semite. He is not a person who sometimes espouses anti-Semitic ideas, but a good, old-fashioned, clear-as-day anti-Semite, who has trafficked in conspiratorial and violent ideas about Jews for the entirety of his career, and for whom the Jews are the defining vehicle of Otherness that animates his ideology. I do not declare him an anti-Semite because I know what is in his heart; nor because he hangs out with anti-Semites. It is because anti-Semitism is defined by the propagating of dangerous conspiratorial depictions of Jews as a collective, and/or the fomenting of hatred and violence against Jews as Jews. Farrakhan is a slam-dunk based on a simple articulation of the category.

It is outrageous to see a leader of a progressive movement ostensibly committed to justice who embraces Farrakhan, and to see the movement fail to hold this accountable. It is pernicious to say that criticizing the decision by leaders in progressive causes to cheer on Farrakhan and promote his words is equivalent to character assassination and/or litmus testing, or which is motivated by the desire of political opponents to take them down. Louis Farrakhan, compared to other individuals who opponents of the movement have characterized as anti-Semites, is not merely different in degree; he is different in kind. He is the easy case-study who could constitute the case for credibility in the progressive space in its ability to spot clear anti-Semitism when it sees it, and to advocate for complexity, difficulty, and nuance when it comes to the blurrier areas.

In general, I believe in the merits of “moral negotiation” toward coalition-building as a more inclusive strategy for social change, rather than a “moral red lines” strategy, which narrows political community and seeds distrust at the outset of a coalition-building strategy. I am even willing to tolerate that in some covert ways, on some covert issues, some of these leaders will need to — begrudgingly — work alongside individuals I consider hateful and dangerous. But it had better be begrudging! We should expect that leaders make wiser choices about the people they embrace in public. Must we be circumspect in calling someone an anti-Semite who takes pride in being an anti-Semite, for fear of alienating allies unwilling to countenance the inconvenience of their support for a hate-monger? Where is our dignity in this?

I pledge that I will try to be tolerant of the bar mitzvahs and backyard barbecues — and even movements — where the complexities of identity and community mean we will find ourselves uncomfortable, regularly, alongside people we detest. That is a cost of community I am willing to accept. But I am also pleading with my progressive friends: America badly needs the organizing power of the Women’s March and broader intersectional efforts. We need them, because the causes of battling structural racism, homophobia and transphobia, and promoting feminism, are losing politically despite their moral obviousness.

But these movements also desperately need leaders who see anti-Semitism coursing through the veins of the systems they are trying to dismantle, as well as sometimes alongside them, saying some things they like. Sometimes the work of coalition-building will be complicated, and I will support you in resisting the narrow narratives of loyalties and litmus tests your critics demand of you. This moment is not so complicated.