In the violent Summer of 1968, I was one of the National Guardsmen activated for riot duty.  Parts of my city, Cleveland, were burning and there was extensive looting and damage. In fact, one of the spark points was my old elementary school, Rosedale, which was burned down.

I’d been called up the year before as well as a precaution against the fear of rioting by the losing side when Cleveland elected one of the first black mayors in the country, Carl Stokes.  We donned the full gear and slept outside around our tanks, which would have been useless in our neighborhoods.  The election went smoothly, and we were all went home.

Again in 1970 elements of my unit, the 107th Armored Cavalry, were deployed to confront anti-war protesters at Kent State University.  I was in the headquarters company and not called to duty that day, but I spoke with some who were there on all sides. I was an editorial writer on the Cleveland Plain Dealer that day and got a call from a senior Guard officer at the scene.  It was his opinion and that of others I spoke to in the coming days that the tragedy was largely the result of poorly trained and worse led soldiers.

I knew firsthand that the training was virtually non-existent in my company and assumed it wasn’t much better for the rest of the regiment.  We had a saying in those days that is probably still current, “We the untrained led by the unqualified to do the unnecessary.”

The incompetence started at the very top with an ambitious governor, James A. Rhodes. He inflamed an already tense situation by calling the demonstrators “worse than the Brownshirts, and the Communist element, and also the Night Riders, and the vigilantes. They’re the worst type of people that we harbor in America.”

An avid admirer of Richard Nixon, he tried to emulate his hero’s red-baiting style. Rhodes was running for the US Senate because he was term-limited as governor.  The shooting at Kent State was on Monday, May 4, the day before the primaries, and it was apparent Rhodes was hoping his tough crackdown on the students would help propel him to victory.  He lost to Robert A. Taft Jr., who went on in November to defeat Howard M. Metzenbaum (D) for the seat vacated by the retiring Democrat Stephen M. Young.

I learned the troops at Kent State were not supposed to have live ammunition in their M-1 rifles.  When I was called up two-years earlier for the race riots in Cleveland we were given several rounds of live ammo but told to keep in it our pockets unless specifically ordered otherwise.  My assignment that summer of 1968 was to go around in a jeep — with a driver and armed escort — photographing the action.  I took a lot of pictures of police and Guardsmen just standing around watching looters help themselves at a furniture and appliance store near my old neighborhood.  When I reported this to my commanding officer he confiscated my film and nothing was ever said or done about it.

I later served briefly in the DC National Guard when I went to work in the House of Representatives. I don’t recall any training for riot duty beyond the few hours we’d had back in Shaker Heights Armory several years earlier.  That was 50 years ago.  For the sake of everyone, for the Guardsmen and police, for the people who work in and around the Capitol, for any peaceful, law-abiding demonstrators, and for the Republic, I hope that today’s troops are far better trained and infinitely better led than in my day. 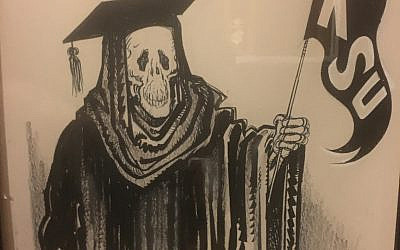 This cartoon by Ray Osrin ran in the Plain Dealer; it was based on a suggestion of mine and he signed and gave me the original 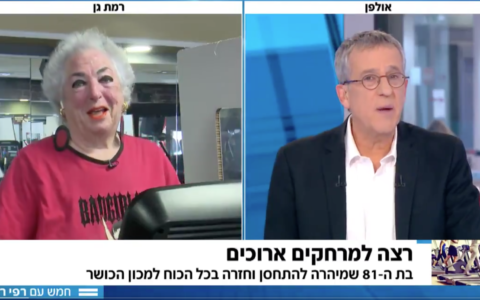 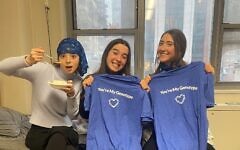 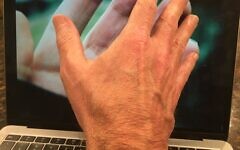 Our Masks Can be Holy Garments Too
Emily Cohen 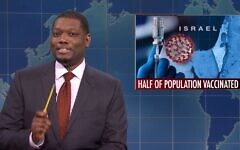 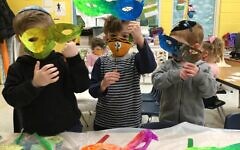