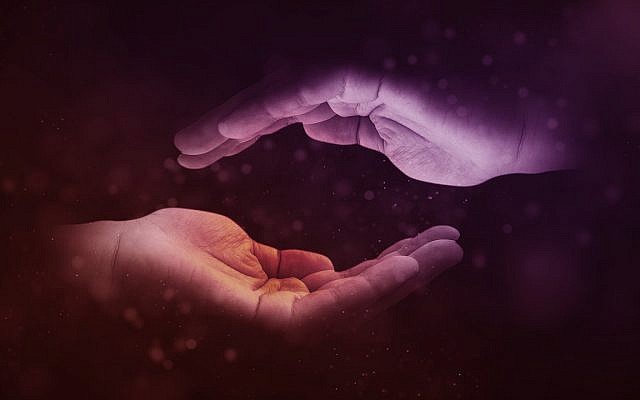 Pekudei has sometimes been called the accountant’s parsha, because that is how it begins, with the audited accounts of the money and materials donated to the Sanctuary. It is the Torah’s way of teaching us the need for financial transparency.

But beneath the sometimes dry surface lie two extraordinary stories, one told in last week’s parsha, the other the week before, teaching us something deep about Jewish nature that is still true today.

The first has to do with the Sanctuary itself. God told Moses to ask people to make contributions. Some brought gold, some silver, some copper. Some gave wool or linen or animal-skins. Others contributed acacia wood, oil, spices or incense. Some gave precious stones for the High Priest’s breastplate. What was remarkable was the willingness with which they gave:

The people continued to bring freewill offerings morning after morning. So all the skilled workers who were doing all the work on the Sanctuary left what they were doing and said to Moses, “The people are bringing more than enough for doing the work the Lord commanded to be done.”

So Moses gave an order and they sent this word throughout the camp: “No man or woman is to make anything else as an offering for the Sanctuary.” And so the people were restrained from bringing more, because what they already had was more than enough to do all the work. (Ex. 36:3-7)

They brought too much. Moses had to tell them to stop. That is not the Israelites as we have become accustomed to seeing them, argumentative, quarrelsome, ungrateful. This is a people that longs to give.

One parsha earlier we read a very different story. The people were anxious. Moses had been up the mountain for a long time. Was he still alive? Had some accident happened to him? If so, how would they receive the Divine word telling them what to do and where to go? Hence their demand for a calf – essentially an oracle, an object through which Divine instruction could be heard.

Aaron, according to the most favoured explanation, realised that he could not stop the people directly by refusing their request, so he adopted a stalling manoeuvre. He did something with the intention of slowing them down, trusting that if the work could be delayed, Moses would reappear. This is what he said:

Aaron answered them, “Take off the gold earrings that your wives, your sons and your daughters are wearing, and bring them to me.” (Ex. 32:2)

According to the Midrash he thought this would create arguments within families and the project would be delayed. Instead, immediately thereafter, without a pause, we read:

So all the people took off their earrings and brought them to Aaron. (Ex. 32:3)

Again the same generosity. Now, these two projects could not be less alike. One, the Tabernacle, was holy. The other, the calf, was close to being an idol. Building the Tabernacle was a supreme mitzvah; making the calf was a terrible sin. Yet their response was the same in both cases. Hence this comment of the sages:

The common factor was generosity. Jews may not always make the right choices in what they give to, but they give.

In the twelfth century, Moses Maimonides twice interrupts his customary calm legal prose in his law code, the Mishneh Torah, to make the same point. Speaking about tzedakah, charity, he says:

“We have never seen or heard about a Jewish community which does not have a charity fund.” [Laws of Gifts to the poor, 9:3]

The idea that a Jewish community could exist without a network of charitable provisions was almost inconceivable. Later in the same book, Maimonides says:

We are obligated to be more scrupulous in fulfilling the commandment of tzedakah than any other positive commandment because tzedakah is the sign of the righteous person, a descendant of Abraham our father, as it is said, “For I know him, that he will command his children . . . to do tzedakah” . . . If someone is cruel and does not show mercy, there are sufficient grounds to suspect his lineage, since cruelty is found only among the other nations . . . Whoever refuses to give charity is called Belial, the same term which is applied to idol worshippers. [Laws of Gifts to the poor, 10:1-3]

Maimonides is here saying more than that Jews give charity. He is saying that a charitable disposition is written into Jewish genes, part of our inherited DNA. It is one of the signs of being a child of Abraham, so much so that if someone does not give charity there are “grounds to suspect his lineage.” Whether this is nature or nurture or both, to be Jewish is to give.

So it was in the time of Moses. So it is today. In virtually every country in which Jews live, their charitable giving is out of all proportion to their numbers. In Judaism, to live is to give.

The Covenant & Conversation volume for Shemot is available to order here. Bereishit, Vayikra and Bamidbar are also in print.