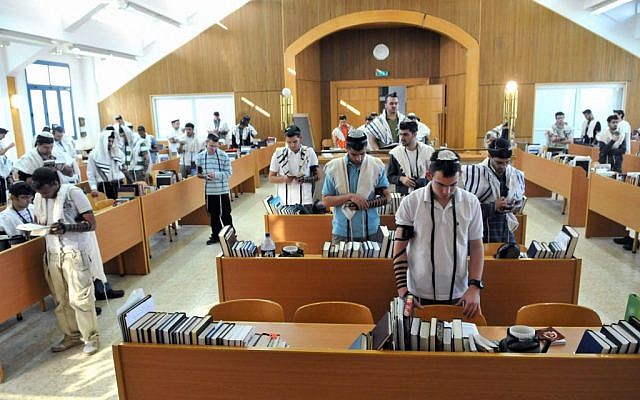 A funny thing happened to me the other day: I woke up to discover that I was at the center of the state of Israel’s latest scandal-of-the-day. Well not me exactly, though some assumed it was me. Which did, in a way, make it about me too.

You may have heard that a journalist named Yossi Klein wrote an op-ed for the newspaper Haaretz, in which he described the religious Zionist camp as a greater threat to Israel than Hezbollah. The column elicited a furious response. President Ruby Rivlin, Prime Minister Benjamin Netanyahu and Defense Minister Avigdor Liberman all denounced Klein and defended the integrity of religious Zionism. Op-eds and radio talk shows debated Klein’s column and the reaction to it.

Some of my readers, and even long-time friends, wrote or called me: What happened to you? Are you okay?

So let’s get that out of the way: It wasn’t me.

Yossi Klein’s absurd comparison is part of a larger problem in Israeli and Jewish discourse — the need to not only argue with, but to delegitimize opponents. Like those on the right who denounce left-wingers as a fifth column, worse than Israel’s enemies. Or those ultra-Orthodox politicians and journalists who denounce “Reformim” — Reform Jews — as worse than Nazis.

The mutual accusations of “worse than” are the language of squabbling children. We need a Jewish conversation of grown-ups.

Yossi Klein’s column did no harm to the prestige of religious Zionism, which is strong and vibrant and widely respected among Israelis — including many who disagree with the settlement movement — for its extraordinary contributions to Israeli society, from education to the military. Instead, the real casualty is the quality of our discourse.

As we approach the 50th anniversary of the Six Day War, we desperately need a serious conversation about our future — how to maintain defensible borders in a disintegrating Middle East while keeping Israel Jewish and democratic. Left-wing Jews need to take seriously the profound security threats facing Israel and acknowledge the deep rejection of Israel’s legitimacy that pervades the Arab world and defines the Palestinian national movement. Right-wing Jews need to take seriously the moral responsibilities of power, and frankly confront the social and political consequences of ruling over another people.

Failure to internalize the legitimate fears of the rival camp creates an imbalance in the soul. The result is self-righteousness, self-parody. For all the attention his column drew, I don’t believe that Yossi Klein managed to convince even one Israeli to rethink his or her position. But that wasn’t really his purpose. He was venting, indulging his rage. His despair.

The hysteria of one camp feeds the hysteria of the other. Consider the response of Avigdor Liberman, who not only denounced Klein but called for a boycott of of Haaretz. The defense minister of the State of Israel urging a boycott of an Israeli newspaper is a frightening moment in the history of Israeli democracy.

It is also indicative of the state of the Jewish people. Increasingly we deal with each other through boycotts — whether left-wing Jews boycotting settlements or Orthodox Jews boycotting the non-Orthodox denominations (and, inevitably, other Orthodox Jews who aren’t perceived as Orthodox enough). A people that speaks to itself in the language of boycotts is on its way to becoming dysfunctional — no longer a people at all, but a collection of rival camps lacking the most minimal common language.

And that is a greater threat to the future of Israel than Hezbollah.

I write this as we are entering the final stretch of Passover, which is about sitting around a shared table, trying to decipher the meaning of our story. And asking hard questions. Passover is our most expansive Jewish space. There is room at the table for everyone — even the “evil son” is present at the seder. In facing our excruciating dilemmas, we need to draw on the vast Jewish experience of shared discourse, the wisdom of disagreement for the sake of heaven.