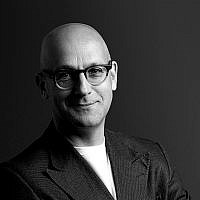 The Blogs
Maurice Helfgott
Apply for a Blog
Please note that the posts on The Blogs are contributed by third parties. The opinions, facts and any media content in them are presented solely by the authors, and neither The Times of Israel nor its partners assume any responsibility for them. Please contact us in case of abuse. In case of abuse,
Report this post. 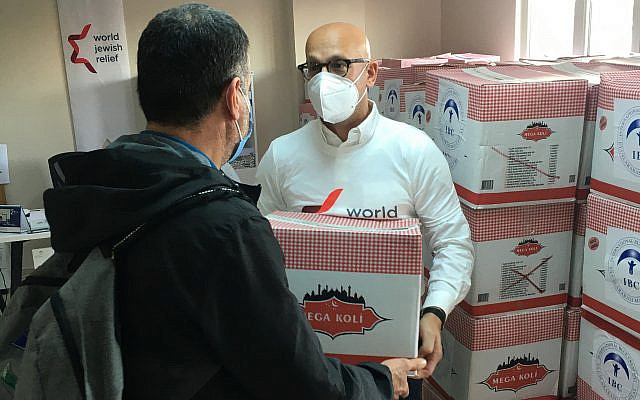 I recently travelled to Turkey to see firsthand the help being provided to Uyghur Muslim refugees by World Jewish Relief, the organisation that I chair. During the visit I met four remarkable young women: teenage girls who had been exiled from their home in Xinjang, China  – they call their homeland East Turkistan –  by the brutal State sponsored campaign of surveillance and persecution against the Uyghur Muslim population.

Meeting the girls (two pairs of twins), I was struck by a contrast. On the one hand they were alone, destitute, without basic rights and facing an uncertain future. But on the other they were brimming with youthful optimism, determined to face that uncertain future with hope and confidence.

One pair’s father had already died. The other pair believe their father is among the more than a million Uyghurs presumably incarcerated in the notorious web of Government “Education Centres”. They don’t know his whereabouts or even if he is dead or alive.

The girls described their fear for the safety of their families in China, and the feeling of living in limbo in Istanbul. They are terrified to return to China, but without official refugee status in Turkey they lack basic rights to education and employment, which makes life challenging.

The girls, however, didn’t ask for sympathy. They had no self-pity. They were pragmatic, yet optimistic as they shared their sanguine vision for their futures.

In speaking to these girls, I couldn’t help thinking about my own father. Dad was just 16 when he came to the UK. He too had his whole life ahead of him and so much potential, but life was hard. At such a young age, after the horrors of the Nazi concentration camps, he found himself in an unfamiliar country – unable to speak English and faced with the need to learn a new culture.

World Jewish Relief helped Dad, like so many other Jewish Refugees. They equipped him with the language, some vocational skills and the confidence he needed to rebuild his life here after having lost everything and almost everyone he knew and loved. Dad’s achievements are his own, but his ability to steer his path towards a new and fulfilling life after the traumas he had experienced was bolstered by the knowledge that a community in the UK was behind him, willing him to succeed.

It is my hope that, as it did for Dad, our support for these teenage girls makes a difference. They come to the local community centre we are helping to fund through our partner (the International Blue Crescent) for regular Turkish language lessons, which will help them to pursue an education and build successful futures in Turkey. In coming to the classes, they have found a community of people who have experienced similar things to them, and a place where they belong.

They are four among the many Uyghur Muslims refugees in Turkey, who visit our projects for much-needed language lessons, educational classes for children without the right to go to school, legal advice, and psychological support. For older women who have no idea of their husbands’ whereabouts back in China, a peer-led crocheting group offers a space for them to talk through their anxieties whilst learning a craft.

The refugees we are helping appreciate the tangible support we’re providing but that isn’t the most profound reason for their gratitude. What I learned more than anything was how much it means to Uyghur Muslims in Istanbul to know that the world hasn’t forgotten their community’s harrowing plight.

I am proud of the material difference our projects are making but even prouder of the message they are sending: we see you, we care about your futures, and we are rooting for you to succeed.