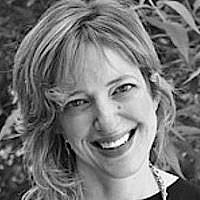 The Blogs
Shelley J. Klein
Apply for a Blog
Advertisement
Please note that the posts on The Blogs are contributed by third parties. The opinions, facts and any media content in them are presented solely by the authors, and neither The Times of Israel nor its partners assume any responsibility for them. Please contact us in case of abuse. In case of abuse,
Report this post.

You want to know ironic? I’ll tell you ironic. But then again, maybe it’s not ‘ironic.’ There does seem to be some public confusion about the meaning of ‘ironic.’ For example, I have always maintained that notwithstanding Alanis Morissette’s Grammy Awards, “rain on your wedding day” and “a free ride when you’ve already paid,” are not ‘ironic.’ But then again, this is more ironic than that. I could also see this being ‘satiric’ — in the right hands.

I waited for the Kav Chamesh (the #5 line), which, neither bus nor taxi, is an ingenious public shuttle van that runs from North to Center Tel Aviv via the best streets in their best areas — down Dizengoff to Rothschild past Shenkin.

The van arrived. It has two rows of single seats running the length of the bus. I boarded and took my single seat behind the driver. I was enjoying my single seat, the rare opportunity for solitude on public transportation. The serenity in knowing I would not be disturbed by a fellow traveler wearily climbing over me to get to a seat, nor by his manspread — a 2015 word referring to men occupying undue space on public transportation by spreading their legs. I felt like I was Henry Thoreau on Walden Pond, I [had] as it were, my own sun and moon and stars, and a little world all to myself.”

In my peace and quiet, I read the New York Times on my phone. I read an article about how New Yorkers often wear silent headphones, with no music or podcast playing, just to signal to the outside world that they “absolutely do not want to be bothered.” I smiled to myself, thinking affectionately of my Bose Noise Cancelling headphones. If it were not for my single seat, I considered, I too would put on my Apple earbuds I carry with me. Or maybe today I would use my Beats Wireless headphones. I have headphones befitting most social encounters.

As I read the article, a woman in her early 60s, or early 50s and a smoker, boarded the van and sat in the single seat behind mine. Leaning into the aisle, she calls out, “Ma’am.” Instinctively, dreadfully, I realized she was talking to me. I turned toward her. She held out coins she wanted to hand me. What did I want with her coins? She couldn’t bother to explain — gestured instead with her chin in the direction of the driver. What, were we playing charades? Five words, first word hand. “Hand my coins to the driver.”  Fine lady, fine. I passed the coins to the driver and returned to where I had left off in my article, “… unwanted conversation from a co-worker who just has, like, a super quick question, ‘if you have just have two seconds.’”

Then abruptly from the driver, “Ma’am,” with his hand held out with coins — the woman’s change for me to hand back to her. No, can’t be. What’s next? He asks me to begin the beverage cart service?

I returned to the article, “And what happens when she’s approached by individuals who haven’t yet gotten the memo about what headphones really mean? ‘I make a big show of taking out one earbud and asking them to repeat what they said,’ she said.”

A man in his 40s had boarded the van and sat behind the woman who sat behind me. I heard it again, from the same woman, “Ma’am,” presumably now she wants me to pass the new passenger’s coins. What is going on here? Do they think I’m a “friar-it” — the worst character type in Israeli society — a sucker, someone easily taken advantage of?  I wasn’t sure that explained it. I had only heard Israelis use the term “friar” in the context of money — as if money’s the only thing that can be robbed. How mistaken. In New York, we say, “waste my money, don’t waste my time.”

I kept reading, “’While putting headphones in your ears is not an act of mindfulness itself, putting in headphones is setting the conditions for you to meditate without being disturbed,’ said Lodro Rinzler, a co-founder of Mndfl, a meditation studio in New York City.”

I ignored her, pretended I was too engrossed in my mindfulness to register what she was saying. I was sure she would just hand the coins to the driver herself, clearly easier than trying to get my attention. Nope. She upped the ante. Tapped furiously on my right shoulder. In the way a three year old would try to wake up a parent on a weekend morning. In the way that feels like an alarm sounds — urgent, jarring.

I had to make it clear to her that she was disturbing me, so I jumped out of my seat at her touch, as if she had given me a terrible fright. I swung around and gave her a split second stare. I hoped to shame her into accepting full responsibility for the bus fare in her hand.

To no avail. She wasn’t ashamed, she wasn’t even cowed — she just stared back in confusion. It was clear that my expectation of privacy did not translate. With nothing left to do, I took the coins, passed them up, waited for the change, and passed it back.

Next time I promised myself I’d try holding a “do not disturb sign.” I have a bunch stored at home from prior hotel visits.

I didn’t go back to the article. I just stared out the window. I thought about how it was Christmas time and yet, strangely, there was not one sign of it on the streets in Tel Aviv. I thought about my Christmases past — that is, American Jewish Christmases of Chinese food and movies.

I remembered back to one Christmas maybe 14 years ago, when one of my closest friends, Kesari, and I went to see the movie “Ali,” about the boxer Muhammed Ali played by Will Smith. We saw it at the Magic Johnson movie theater on 125th Street in Harlem.

As a subplot, the movie explores Ali’s complicated relationship with the Nation of Islam and Malcolm X. In a very tense scene, the film portrays the moments leading up to Malcolm X’s assassination. At peak intensity, we in the theater heard an overpowering series of loud piercing gun shots. I had thought the gunshots were part of the movie. But in that same moment someone in the back of the theater screamed “GUN, HE’S GOT A GUN!!” The audience — including Kesari and I — panicked. All at once, and in the dark, everyone started to rush out of the theater. It was chaos. I got pushed to the ground, someone stepped on my back. I lost track of Kesari.

I ran out of the movie theater as fast as I could, into the dark and cold outside. I was alone. Bizarrely alone. The crowds rushing out of the theater quickly dispersed, blending immediately and indistinguishably into the flow of the holiday foot traffic on the busy city street. Sirens blared in the distance but they too sounded like the nonspecific everyday noises of the city — impossible to know if they were on their way to this emergency or that.

There was no theater manager engaging with the crowd rushing out of the exit doors. There was no one to clarify whether the gunshots had been in the movie, in the theater, or both; and whether, if there had been a gun, the shooter was now inside or outside.

And where was Kesari? Did she jump in a taxi to flee the scene? Should I try to find a taxi? Wait, could she still be in the theater? Is she hurt? To my relief I spotted her a few yards away. I grabbed her arm and we ran.

We never did find out what actually happened that day. A shooting in Harlem is very likely to not make the news. One small piece of a complex relationship between crime and race in America, expressed these days with the hashtag #BlackLivesMatter — perception being, this is not a societal given. For me, the incident was a brush with random gun violence and urban alienation.

In the Kav Chamesh van, the six staccato beeps signaling the start of the Kol Yisrael hourly news brief on the radio drew my attention.  The driver turned up the volume, assuming universal interest. The first story — earlier that day there had been a lethal stabbing in Jerusalem, this one outside of Jaffa Gate in the Old City. Soldiers at the scene shot the terrorists. My muscles tightened. I checked The Times of Israel site for more details. There was a post by a blogger who is visiting Israel and had been 50 steps away from the stabbing. He described his experience:

“We were about to head off when we heard the shots. They were close and they were loud and I had no doubt as to what had just happened … Almost immediately we heard the sirens in the background and people started to run. Not away from the scene but towards it …That was the most overwhelming impression … And we did the same … I had a sense that we needed to be part of the collective … A solitary woman who was sobbing and who had clearly been at ground zero hurried away from the scene was comforted by strangers who held her and who consoled her. She was shaking and overwhelmed, but she wasn’t alone.”

To run towards a shooting, to need to be part of a collective, to hold and comfort a stranger — that is distinctly Israeli, I thought. Perhaps it is the corollary, or the essence, of never being all alone in public (and why headphones, incidentally, could never play the role here that they do in New York). How far away that is from American solitude — its serenity, but also its estrangement. If Israel represents the group and America the self, then they each deepen the experience of the other. And I think that explains why so many of us — American Jews and Israelis — have such a strong craving for both.

About the Author
Shelley Klein is spending this year in Tel Aviv with her family. She recently completed her tenure as Executive Director of Congregation Beth Elohim (CBE) in Park Slope, Brooklyn. In prior years, she was the National Director of Programs for Hadassah. Shelley received a JD from the University of Pennsylvania Law School and a BA in Politics from Brandeis University. Shelley’s permanent home is in Greenpoint, Brooklyn.
Comments 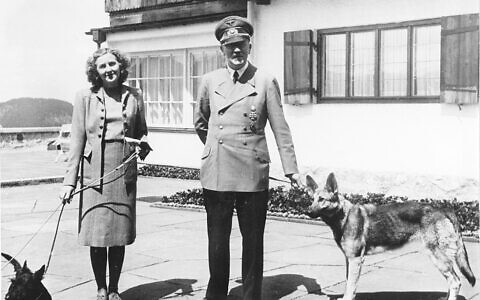