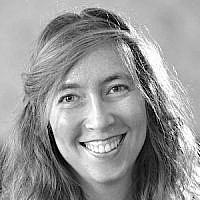 The Blogs
Jordi Rozenman
Apply for a Blog
Please note that the posts on The Blogs are contributed by third parties. The opinions, facts and any media content in them are presented solely by the authors, and neither The Times of Israel nor its partners assume any responsibility for them. Please contact us in case of abuse. In case of abuse,
Report this post.

Unbreakable Kimmy Schmidt is so good. In that too-fast, too-smart way we’ve come to expect from Tina Fey, it’s a masterpiece, and — even more welcome — there is actual goodness in the show. It is substantive, uplifting. It’s the kind of happy, yet meaty, entertainment you always hope exists in a landscape of thoughtless media (akin to Pushing Daisies). For these exact reasons, Kimmy Schmidt, who is indeed unbreakable, broke my heart with its strange anti-Semitism.

Before any of the really baffling stuff starts, there’s a moment that gave me pause in episode five of season two. Titus (Titus! A wealth of outrageous humor and goodness) mentions The Sound of Music: “Oh, thank you Nazis, for saving show business. …I said it!” Unsavory, certainly, and it shocked me after a season and a half of whimsy. I’m no comedienne, and I’ve always thought the Holocaust shouldn’t feature in a joke. But I forgave this one; I decided to chalk it up to the artistic differences between myself and a queen of comedy. Perhaps Fey thinks it’s her job to help us laugh at everything, to win, in a way. I disagree, but comedy is her job, not mine.

I forgave it for a second reason. This is the same show that features Jacqueline’s efforts to put her son on “Dyziplen” (an Adderall-esque drug), and her realization that it works, but “eats your joy.” The episode ends heartwarmingly, with Jacqueline and her unmedicated son gleefully getting a bit rambunctious in a posh clothing store. It’s the same show that forces Jacqueline to realize that the only way to get back on her feet after her divorce is to shun the rich New York second-wife life she’s created and go back to her roots which happen to be Native American. We’re talking about the same show, actually, that ends inappropriate jokes when, after innumerable such based on Kimmy’s friend named Dong, Kimmy puts a definitive stop to it. “Enough. Dong is a common Vietnamese name. No more jokes.” A show that comments compassionately and intelligently on the over-medication of kids? A show that, thanks to the bizarre and incredibly well-attuned intellect of Fey, won’t let itself be either politically correct or actually offensive? I kept watching.

For sure, Fey’s comedy is layered and sometimes so self-aware that the second or third level of jokes are meant to protect the first. Dong’s deliverance comes after many less than sensitive jokes about his name. It is without doubt refreshing to see a character on TV put such an unapologetic halt to the middle school humor the others are enjoying (especially when much of TV exists solely on middle school humor), but Kimmy’s censure of her friends also allows for those very same jokes. It’s sneaky, as are so many of Fey’s best jokes. Where there is self-denigration, the perpetrator can get away with much that an audience wouldn’t otherwise tolerate. The Dong fiasco shares this with, of course, “Kimmy Goes to a Play!” in which Titus performs his one-man play about his previous life as a Japanese woman. I’ll only say here (after the many articles written about this episode) that if nothing else, Fey’s given herself the leeway to say anything she wants without fear of criticism. “There’s a real culture of demanding apologies,” Fey has said, wanting not to explain jokes that “need to speak for themselves.” I couldn’t agree more. But it seems she’s gotten sloppy.

Season two, episode eight, it really starts. “Kimmy Goes to a Hotel!” brings us Jacqueline crying, “The Jews took my painting!” What a phrasing. I waited eagerly for this Jacqueline faux-pas — this purposefully rude group label — to turn into something really funny, a chance for Jacqueline to learn something, maybe a reversal of the whole situation, something — but it turns out, actually… that’s it. It’s as though she’d barged in yelling, “The blacks stole my painting!” and then “the blacks” actually had stolen her painting and the episode never revisited it. What follows are a series of Jewish jokes and stereotypes so blatantly played that it’s just as bizarre as it is offensive. We learn that “some Jewish family” wants their painting back (a strange reversal of Nazi history), and that Hermann Goering almost used the painting to create “a real statement piece” of a dress (thank goodness the war ended before that happened, they all agree!).

Then there’s the Jewish lawyer, Russ Snyder, who: is dumb enough to break his arm pushing a door he was meant to pull, is literally mouth-breathing (yes, there’s a joke about this), and has “greasy hands.” We also learn that the last name of the family besieging Jacqueline (a family that Lillian pronounces to “look real Jewish” — no further joke) is an astoundingly childish, sad joke itself. It’s beyond belief. Juxtapose this (mercilessly revisited) name with the overt correction they give themselves for Dong’s name, and the dichotomy is intolerable. Tina, Tina — where did this come from?

Russ Snyder is “also boring. Wow, the total package!” I can’t understand how Fey thought she would get away with, or why she wanted to even try, to create a character whose two main traits are that he’s Jewish and that he has no redeeming qualities. In a show that goes out of its way to be accepting and inclusive of every other minority or group it features: black people, gay people, Asians, Native Americans, and certainly women, this just really hurts. I cannot quite believe the barrage of garbage I saw in this episode. In fact, wait: Russ’ only redeeming quality is… can you guess it? Wealth! A rich, bumbling, boring, whiny Jew, working for a villainous Jewish family. It’s beyond the bounds of anything seen on Kimmy before, beyond anything acceptable. It’s sad.

Later come two more biting Jewish jokes. Jacqueline, now dating Russ and his riches, secretly hopes he “isn’t one of those Jews who does it through a sheet” — again, there’s nothing else here, no other context; it’s just an open jab at Jews. She actually says it to herself. It’s just for us, the audience. And then, finally, there’s Cyndee, who has to come see her therapist in NYC, because you know, “his office is actually here… in ‘Jew York’” (big emphasis and smirk). I actually find this one the most baffling. This joke isn’t even… a joke. Why have Cyndee call it “Jew York”? Why, Tina? It is so jarring. There is not even acknowledgement of a joke from Kimmy. Like all the Jews in New York are so obviously obnoxious that it doesn’t require even an audience-pacifying reprimand. It just hovers there, aggressively noticeable and without even an excuse. It’s weird.

There is, for me, a feeling of betrayal. This show offers my favorite kind of main character, someone who manages to carry both a deep strength and a deep happiness. Perhaps I shouldn’t be so surprised when, after all, Kimmy takes as its main comedic subject a woman who’s been kidnapped for 15 years. But it is this very foundation that allows UKS to make the claims that it does for the strength of women, the beauty of friendship, and the pure excitement and worth of human life. It is Kimmy, after Jacqueline’s oh-so-angsty step-daughter Xanthippe attacks her goofy style, who gives us the wake-up call: “2090 called, Xan. You’re dead, and you wasted your time on Earth.” It’s Kimmy who guffaws in a haunted-house themed restaurant because “it’s so funny what people who haven’t been kidnapped think is scary.” It’s Kimmy, clearly, who reminds us that “we’re not garbage! We’re human beings!” So I feel betrayed by a show with so much moral grounding. Past the heinous portrayal of Jews on the show, any reference made to them is derogatory. It’s hurtful. It’s uncalled for. Tina. Girl. I was working for you! Obviously, I don’t watch it anymore, but, man, do I miss it.

About the Author
Jordi Rozenman is a current college counselor and former English teacher in Washington, DC, and previously published in the Washington Jewish Week and The Language Compass.
Related Topics
Related Posts
Comments