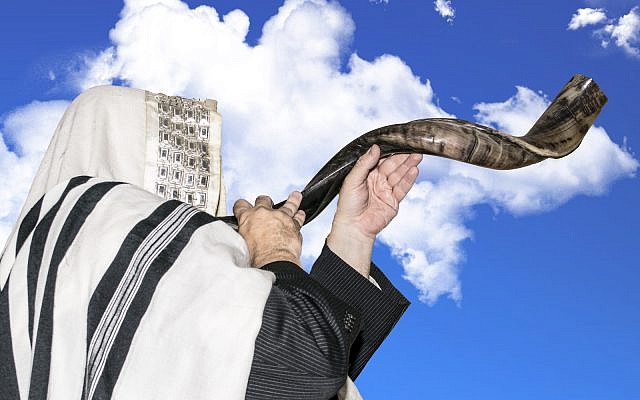 It is dramatically said at Yom Kippur’s onset. While the sentence Baruch Shem Kevod which follows Shema is normatively said quietly, on Yom Kippur it is said aloud. Similarly, the Shema dramatically draws Yom Kippur to a close in the final Neila service.

Shema is probably the best known Jewish prayer. In my rabbinate I have found that when visiting people in the hospital, I invariably find that even those with limited background mouth the words along with me.

As often as we recite the Shema, the term itself requires analysis. A good framework is the shofar blessing lishmoa kol shofar – “to hear the sound of the shofar.” Although the blessing relates specifically to Rosh Hashana, its inner meaning, I would suggest, extends to the final shofar blast ending Yom Kippur.

On its simplest level, shema or lishmoa means “to hear.” Hence, the law that one who cannot hear is exempt from the mitzvah of shofar.

I have seen this halakha countless times without any bother. Things are different for me these days. I am not deaf, but I am hearing impaired, sensitizing me to the challenges faced by those who cannot hear at all.

It all started when I boarded a plane in London a few years ago. My hearing was then perfect. When landing, I noticed that my hearing in my left ear had diminished. By the time I received ENT help I was told an infection had developed and nothing could be done. So far, all the hearing aids have not helped.

At the onset, I made light of the problem. Once, Toby shared with me that there was an “ugly” woman in shul. I had never heard Toby use that word about anyone, and questioned her. She responded: I didn’t say she’s “ugly” I said she’s “lovely.”

On another occasion, as someone was leaving the Bayit I asked, “What do you do?” “I’m a gynecologist” came the response. Well then, I said, “perhaps I’ll set you up to meet my son in law who’s also a gynecologist.” The young man looked at me puzzled. “I didn’t say I’m a gynecologist, I said I’m looking at colleges.”

But the comical has now become much more serious. I recognize that I often look lost. When people speak to me, especially in a crowd, I cannot hear. Often I respond to a question with an answer that has nothing to do with the issue presented. At other times when I do not respond, people may feel I’m upset with them. It is not uncommon for me to feel shut out; what’s before me seems to be passing me by. Even when I’m in a room with others, it’s almost as if I’m somewhere else.

And so, I find the law exempting one who cannot hear from the mitzvah of shofar more difficult, as it exacerbates the feelings I now understand on a personal level – of being left out.

In recent years halakha has met the challenge of inclusivity to those with disabilities. For example: A Kohen must duchan (recite the priestly blessing) while standing, and yet, some contemporary poskim allow a Kohen in a wheelchair to ascend and recite the priestly benediction. Some base this on a technical loophole, but we have to go further. As my friend Danny Heumann, who has been in a wheelchair for decades often tells me, “I am not confined to a wheelchair, I walk in a wheelchair.” The halakha we should be working towards is one that sees the Kohen who is sitting in his chair as actually standing.

Similarly, I’m not convinced that someone who cannot hear unaided cannot fulfill the mitzvah of Shofar. We need to be working towards a halakha that says if a person hears through a hearing aid, this is hearing. If a person senses vibrations, this is hearing. If a person is in a crowd and feels the intense emotion and atmosphere of the assembled hanging on to every word or sound, this too might even be hearing – in its broadest sense, it is a form of reception.

In this spirit, I am hopeful that the tzomet mic developed in Gush Etzion, Israel, and approved by great rabbis for use on Shabbat will be accepted in synagogues around the world. I do not believe that this is a bedieved (a last resort accommodation), but a lechatchila (a clear fulfillment of Halakha).

Shema doesn’t only mean to hear; it means to listen. This is especially the case when the term shema is juxtaposed to the noun kol, as in the shofar blessing of lishmoa kol.

Note the first time lishmoa kol is found in the Torah. Vayishme’u et kol Hashem Elokim – and Adam and Eve heard – no, they listened – to the inner voice of God as he traversed the Garden of Eden.

As the Sefat Emet on shofar argues, the mitzvah of its sounding is to listen to the inner kol, the kol ha’pnimi, found in the soulful goodness of every human being.

I felt this message deeply a while back when I read of an encounter between a white male police officer and an African American woman, Natasha Howell. It took place during the height of the tensions between police and the African American community. They were standing at a supermarket checkout counter. On her Facebook page, Natasha recalls that the officer reached out and asked her how she was doing:

I replied, “Okay, and you?” He looked at me with a strange look and asked me, “How are you really doing?” I looked at him and said “I’m tired!” His reply was, “me too.” Then he said, “I guess it’s not easy being either of us right now is it.” I said, “No, it’s not.” Then he hugged me and I cried. I had never seen that man before in my life. I have no idea why he was moved to talk to me. What I do know is that he and I shared a moment this morning, that was absolutely beautiful. No judgments, No justifications, just two people sharing a moment.

Listening. Listening to one another.

In shofar blowing, this means to internalize the sounds of the shofar. The exaltation of the first tekiyah. The sob and wailing of the shevarim teruah when one’s dreams have not been realized. And the tekiyah which follows which may reflect the ultimate hope of triumph in the face of adversity.

There is one final meaning of shema. It, too, emerges from that preamble blessing, which includes the word shofar – lishmoa kol shofar. The word shofar is a play on the word leshaper, to repair, to improve. Thus, the sound of the shofar is not only meant for us to listen, but to hearken. Hearken, for me, means the readiness to listen, integrate its message, impacting our behavior.

For me this is an especially important message this Rosh Hashanah and Yom Kippur, which take place with a backdrop of divisiveness in both the US and Israel. Sadly, the new normal has become full of unfortunate explosive language. Rather than call each other names, each side of the political divide should hearken to the others’ concerns, allowing them, when appropriate, to impact their own actions.

Soon after the final Shema of Yom Kippur, we blow the shofar. If only we would pause for a moment before that tekiyah gedolah, recognizing that it is a call for redemption – a redemption that will be hastened if its call is received holistically, interfacing the Shema of hearing with listening and hearkening.