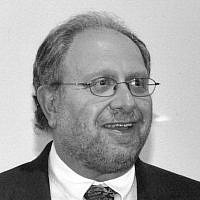 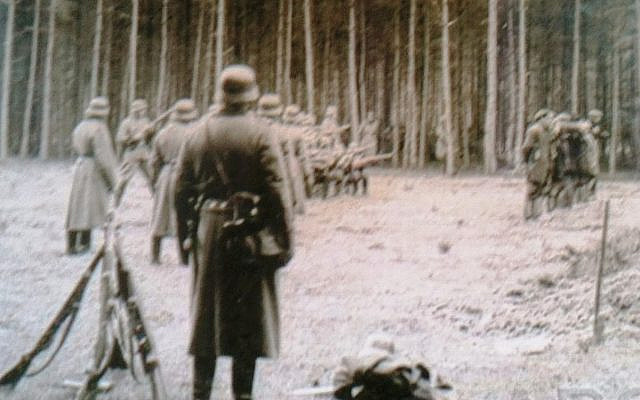 It is disturbing, and quite unbelievable, that it took so long for the world, let alone US intelligence agencies or the US State Department, to recognize that Nazi Germany was systematically slaughtering Europe’s Jewish communities. Perhaps no one wanted to admit it was happening. Maybe no one cared.

Historians maintain that the Holocaust began when the German army invaded the Soviet Union in June 1941. Although Germany supposedly attempted to keep the Holocaust a secret, Dr. Gerhart Riegner, the World Jewish Congress representative in Geneva, learned the terrible details from a source within the Third Reich in August 1942. Riegner asked American diplomats in Switzerland to inform Rabbi Stephen S. Wise, one of America’s most prominent Jewish leaders, of the mass murder plan. However, the US State Department chose not to do so.

Information on the genocide eventually reached Jewish leaders in Great Britain and they alerted Wise. He subsequently contacted US Under Secretary of State Sumner Welles, who asked him to keep the information confidential until the report could be verified. Welles finally authorized the release of Riegner’s message in November 1942.

The NY Times is the “newspaper of record” for New York, if not the entire country. It has been criticized for decades for its reporting and often burying dispatches on the Holocaust within its many pages and dense copy. Nonetheless, even The Times ran enough prominent stories within its pages to raise questions as to why no one acted sooner to rescue Europe’s Jews.

The Dachau concentration camp, established in 1933 was the first of a universe of 44,000 concentration camps, ghettos and other incarceration centers created by Nazi Germany. News of Dachau was first reported in the April 5, 1933 edition of The New York Times and other newspapers reported on the camps throughout that decade as well. The United States and other nations were well aware of the growing number of camps, from their initial use for imprisonment and extortion to their evolution to killing captives.

The September 16, 1935 edition of The NY Times told of Germany’s enactment of the Nuremberg Laws a day earlier, stating that they “put Jews beyond the legal and social pale of the German nation.” The reporter, Otto B. Tolischus, wrote that these measures against the Jews in Germany were explained as an attempt to “avert incalculable defensive action by an indignant population.” Addressing the Reichstag, Hitler (cynically) expressed hope that the German people could find “tolerable relations with Jewish people,” but followed that statement with an undisguised threat. “If this hope should not be realized and if international Jewish agitation should continue, the situation will have to be reconsidered. If the attempt at legal regulation fails again the problem will have to be transferred from law to the National Socialist Party for a final solution.”

The American Jewish community responded to the news with the January 1939 establishment of the fundraising organization “United Jewish Appeal for Refugees and Overseas Needs” (UJA) by leaders of the American Jewish Joint Distribution Committee, United Palestine (Israel) Appeal and the National Coordinating Committee Fund. Rallies were also held around the world for Germany’s Jews.

President Franklin Roosevelt recalled the US ambassador to Germany after Kristallnacht. However, the US took no further action against Germany because many members of his administration were isolationists or held antisemitic feelings. Thousands of Jews were frantically attempting to flee Germany after Kristallnacht. The United States neither lifted nor modified its immigration restrictions. Perhaps they feared that saving Jews would be bad for the US economy. A number of American companies, including ITT, Ford Motor Company and Standard Oil of NJ, not only carried on business as usual with Nazi Germany after the war began but continued to trade with Nazi Germany after Pearl Harbor, with collusion by certain US officials (See Trading with the Enemy, by Charles Higham, 1983, based on documents released under the Freedom of Information Act).

Less than a week after Germany’s invasion of Poland, which began the Second World War in September 1939, the official German News Bureau called for “the solution of the Jewish problem.” The NY Times, which broke the story, concluded, “. . . the individual suffering created in the last six years by Germany’s determination to rid her borders of Jews, the implications of the ‘solution of the Jewish problem in Poland,’ were it carried out on the German model, are ominous.” Hitler’s intentions were hardly hidden from anyone who cared to look.

In addition to newspaper accounts, a number of books were published in the US in the 1930s, warning of what was to come.

Two such books were If I Were a Jew by NY State Supreme Court Justice William Harman Black and Inside Germany by Albert C. Grzesinski, a founder of the German Republic after World War I, who fled Germany in March 1933 after Hitler came to power. Both volumes detailed Nazi Germany’s antisemitism, its plans to eliminate the Jews and their preparations for war in Europe.

Numerous pamphlets and booklets, issued by such groups as the “League for Industrial Democracy,” “American Committee for Anti-Nazi Literature,” “Council for Democracy” and “Reader’s Book Service,” also warned of Germany’s intentions and the danger facing Europe’s Jews.

Clearly, the Third Reich’s intentions for world domination and the eradication of the Jewish people were known, or hiding in plain sight, before Dr. Riegner learned of it. On January 20, 1942, the infamous Wannsee Conference in Berlin decided that subjecting Jews to forced labor, shootings, burning, starvation, machine gunning, exposure, hanging, medical experiments, torture and gaswagens (carbon monoxide poisoning inside sealed, mobile trucks) were inefficient ways to commit mass murder. At Wannsee, the decision was made to step up the killing by using Zyklon B gas pellets, manufactured by Degesch/I.G. Farben, in gas chambers with the dead removed to crematoria to dispose of the evidence.

Perhaps the information which Riegner received in August 1942 was not that Jews were being slaughtered, but that Germany had streamlined and industrialized genocide.

Were there still any doubters in January 1939, Hitler’s address to the Reichstag should have made things very clear. He proclaimed, “If the international Finance-Jewry inside and outside of Europe should succeed in plunging the peoples of the earth once again into a world war, the result will be not the Bolshevization of earth, and thus a Jewish victory, but the annihilation of the Jewish race in Europe.” This speech was also reported in newspapers around the world.

Could the Holocaust have occurred without the apathy, feigned ignorance, antisemitism, isolationism, corporate greed and complicity of the Allied nations? On Yom HaShoah it is time to face the truth.