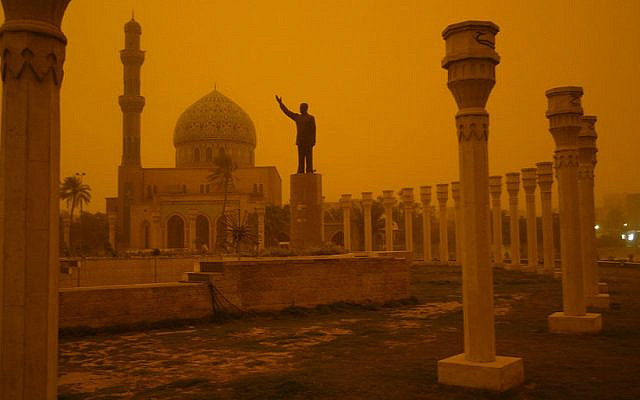 You fly to Afghanistan to try to kill Osama bin Laden.

You get deported back to the US.

You sell your story to Hollywood and become famous.

You develop an addiction to cocaine while attending D-List celebrity parties with your new agent Marty Howell.

She breaks your heart and leaves you when your fame ends.

Having nothing left to lose, you and your agent go on the hunt for Saddam Hussein with a film crew for hire.

You and this ragtag group of Hollywood has-beens sneak into Iraq on a hot and dry orange August afternoon looking like extras from the movie Dune.

You get lost in a bombed out village and run into a man sitting on a stoop at the feet of the skeleton of a hollowed out apartment building. In his dry, coarse hands, he clutches photos of his little family and for a second or two you eat up that frivolous American empathy, but it quickly comes back up like a cat throwing up a hair ball.

The film crew disbands in the middle of a sand storm and you take shelter inside a crumbling palace completely alone, snorting what’s left of your cocaine, making plans that never materialize.

You will get the comeback you so rightfully deserve, you say to yourself while contemplating a broken bust of Saddam Hussein—it’s coming, you can see it.

F. Scott Fitzgerald said there are no second acts in American lives, but what does it matter, he’s dead and he never met you.