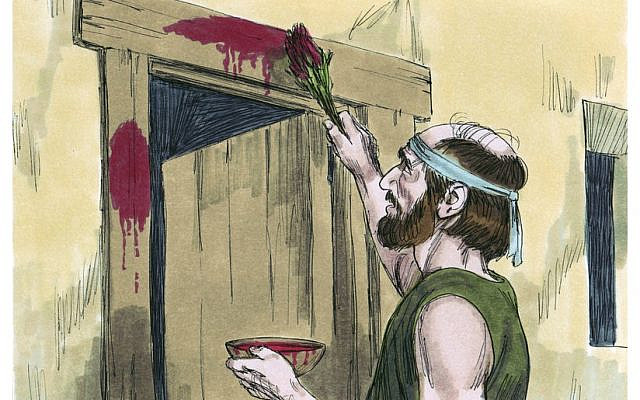 The season of Passover celebrates the freeing of the Hebrews from their years of slavery in Egypt.

There was only one reason they were able to make a safe exodus from their onerous servitude. The Bible says the Lord instructed them to smear the blood of lambs on the doorposts of their houses. The purpose was to protect them from a contamination, often called “plague,” that was passing over the land and killing those who did not have that protection. (This was the final warning to the Egyptian Pharaoh to free the Hebrews, which he then hurriedly did.)

What is often overlooked in contemporary Passover services is that smearing blood on doorposts was a onetime protection, never used again in biblical stories.

But blood as a protection was constantly used later on the Tent of Meeting, its altars, the priests, the people, even contaminated dwellings, when the Hebrews, led by Moses, were on their journey from Egypt through the Wilderness.

In my book Talking With God, I highlight the connection between the use of blood and a radioactive cloud as described by firsthand observers’ reports of the Lord coming down in a cloud onto the Tent and the Ark. I describe the cloud as radioactive and lethal, because it killed and maimed those who were not properly protected, thus becoming contaminated. I claim the cloud was radioactive, because observers’ consistent descriptions of its effect on unprotected people in biblical times was exactly the same as radiation on people contaminated today. That effect was misconstrued as being a plague, when in actuality the original Hebrew words clearly indicate it was radiation burn.

The blood was one of several protective devices prescribed in Levitical law, which were often used in tandem. In the Exodus, though, the use of this singular device was sufficient to effect the peoples’ freedom. While today, there are several symbolic items used on the Passover seder plate, the onetime use of blood in Egypt never appears on the doorposts of houses as one of those symbols!

See Talking With God to learn further details about the Exodus and about the other protective devices used in the Wilderness.