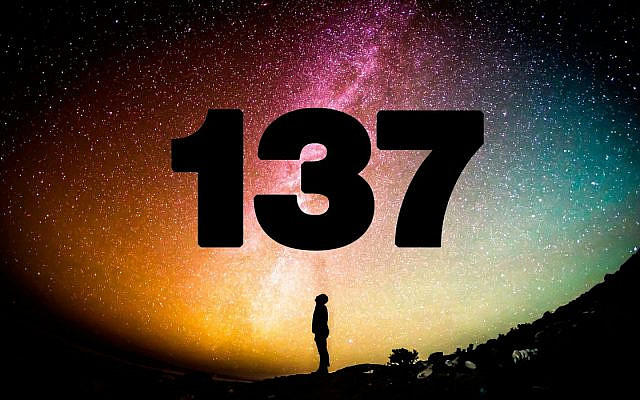 Sad as this is, we should all breathe a sigh of relief that we have now passed 137. Why, you may ask, what is so special about 137? You would not be alone, no less a person than Richard Feynman asked the same question.

Feynman, an American theoretical physicist, and Nobel Prize winner was known for his work in quantum mechanics, quantum electrodynamics, and the physics of super-cooled liquid helium.

Feynman believed that there are many things that physicists, like other ‘experts’, do not know. One of these ‘unknowns’ that he often pointed out to his fellow scientists was the mysterious number 137. He called it “one of the greatest damn mysteries of physics: a magic number that comes to us with no understanding by man“.

The many physicists among my readers will know that the number 137 is the value of the fine-structure constant defined as the charge of the electron squared over the product of Planck’s constant (h) times the speed of light (c).

This number also connects three very important domains of physics. For over a century, physicists have tried, unsuccessfully, to build a Grand Unified Theory based on this number to join electromagnetism, quantum mechanics, and gravity together. However, physicists have yet to find any link between the number 137 and any other physical law in the universe. In fact, the only thing that the number does relate to is the room in which the renown physicist Wolfgang Pauli died: room 137.

We Jews have, of course, many connections to the mysterious number. The Hebrew word קבלה (Kabbalah) has a Gematria (numerical value) of 137. Abraham was 137 years old at the Binding of Isaac. And the Bible tells us that Ishmael, Levi and Amram all lived to be 137 years old. Psalm 137, By the Rivers of Babylon, laments our exile after the Babylonian captivity and our yearning for Jerusalem.

Most of the world’s connections to 137 are positive. From Beethoven’s Fugue for String Quintet in D major, Opus 137 to Brand New, an American rock band whose album Science Fiction included a track named ‘137’.

But what does this, interesting as it may be, have to do with the death toll from the corona virus. Well, the virus has been showing signs of intelligence. It seems to be well versed in both planning and intent. It has worked out the quickest way to spread itself amongst us humans, exploiting the foolishness of people, like my own next-door neighbours, who refuse to obey the lock-down and give the virus an easy entry to our lives.

But it skipped 137. It could have stopped for a while at 137 deaths, giving us the clear message that we were powerless under the attack by a sentient being, too small to see, too big to stop. It could have waited a few days while we all had 137 on our lips, on our minds, on our list of things to worry about. But it did not stop; it just went on doing what viruses do, killing without thought or reason. And this gives us humans hope; we are most definitely sentient and caring. We will work out a way to beat this virus; we will use our science, our skills and our humanity to put the coronavirus where it belongs – in the past.