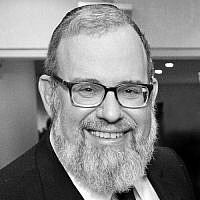 The Blogs
Simcha Scholar
Apply for a Blog
Advertisement
Please note that the posts on The Blogs are contributed by third parties. The opinions, facts and any media content in them are presented solely by the authors, and neither The Times of Israel nor its partners assume any responsibility for them. Please contact us in case of abuse. In case of abuse,
Report this post. 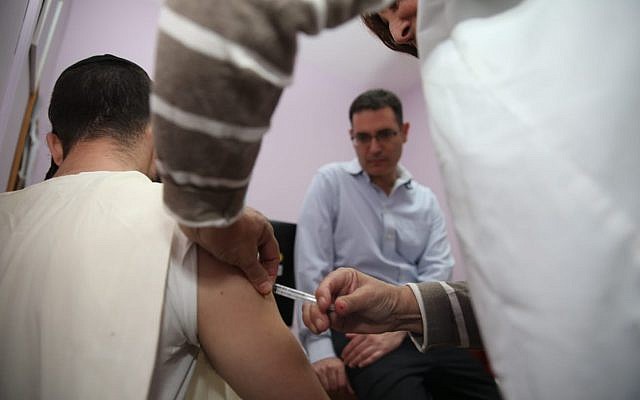 A patient getting a measles vaccination in Jerusalem, November, 2018. (courtesy, Health Ministry)

Much has been written about the recent outbreak of measles in the Jewish community. Leading doctors and medical experts have repeatedly and almost unanimously come out in support of vaccinations. Numerous rigorous scientific studies have debunked the supposed “harms” associated with vaccines, such as any links to autism. Nearly all rabbis across the religious spectrum have ruled in favor of vaccinating children, with many calling it a parental obligation.

Thankfully, the overwhelming majority of the Jewish community has followed this advice and are vaccinated.

And yet, a highly contagious disease once declared eliminated in the US by the Centers for Disease Control and Prevention in 2000 is now making a comeback, due to the actions, or inaction, of a select few.

Many vaccination opponents claim that the measles doesn’t pose a serious threat. They argue that the consequences of the virus are minimal. Some parents even go so far as to intentionally expose their children to the virus through “measles parties” with the misguided belief that it will build immunity.

As the chief executive officer of Chai Lifeline, North America’s largest Jewish children’s health support network, I feel obliged to push back against this cavalier, irresponsible and dangerous attitude. I must speak out on behalf of the most vulnerable in our community, immunocompromised infants and children who are too young or too sick to be vaccinated. With weaker immune systems — due to a variety of factors, such as chemotherapy, genetic disorders or organ transplants — these children are at the greatest risk. For them, the measles isn’t just an uncomfortable illness; it can be fatal. Indeed, research has shown that for the immunocompromised population the complication and death rates due to measles exposure are significantly higher, and recovery times longer.

When it comes to highly transmittable diseases like the measles, it is critical for the greatest number of people possible to vaccinate to achieve “herd immunity” and keep the entire population safe. The weakest and most susceptible among us rely on the herd, or the community, to vaccinate so they can be protected from life-threatening diseases. These children count on us with their lives.

In a few days, Jewish families across the world will gather to celebrate Pesach. As is customary, we begin the Seder by inviting all who are needy and less fortunate to join us. The Jewish community is rooted in its deep love and compassion for one another. This Pesach, I implore all anti-vaccination parents to uphold that tradition of kindness and consider our community’s most vulnerable members. They’re counting on all of us.